Play video content Exclusive TMZ.com Beyonce is getting the star treatment at one of the most beautiful locations in the… 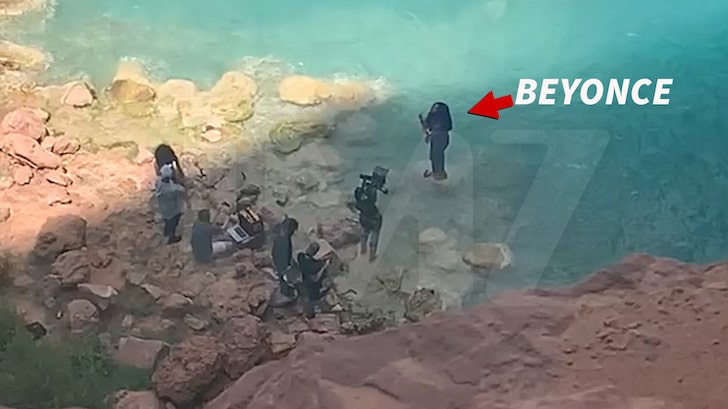 Beyonce is getting the star treatment at one of the most beautiful locations in the Grand Canyon — but her music video shoot will likely piss off a few die-hard campers.

TMZ obtained this footage of Bey and her crew as they shot Wednesday in the shadow of the spectacular Havasu Falls. That’s her draped in a blue dress with the stunning backdrop … a majestic waterfall, bright blue waters and a tiny forest of green.

Easy to see why Beyonce would want to shoot here — for those not in the know, Havasu Falls is right next to a super-exclusive campsite that requires a reservation that’s tough to get. The Havasupai tribe owns the land and only approves 300 camping passes a day. Thousands of people get turned away daily. 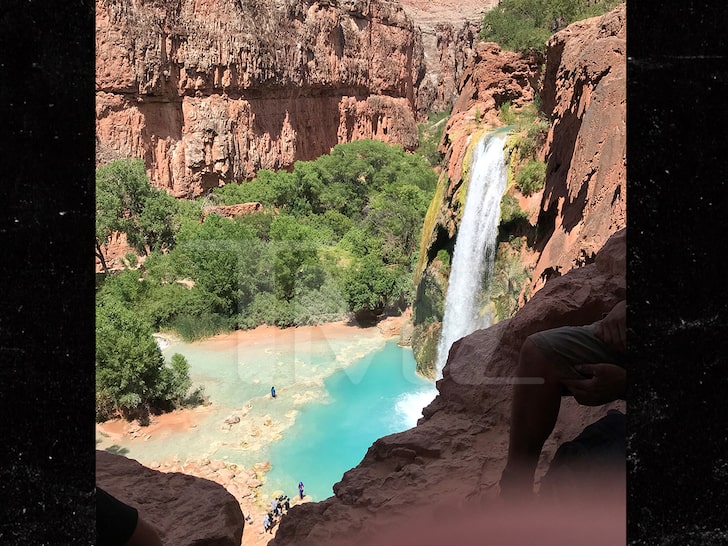 Law enforcement sources tell TMZ … Beyonce’s team arranged the visit beforehand, and the tribe made an exception in her case by granting her use of the land for a few hours. Police are handling crowd control, because the nearby campground is packed.

Our sources say Beyonce and her peeps flew in by helicopter … shot for about 5 hours and then bolted.

In our footage, you see Beyonce climbing into the chopper in a white robe, accompanied by Blue Ivy. 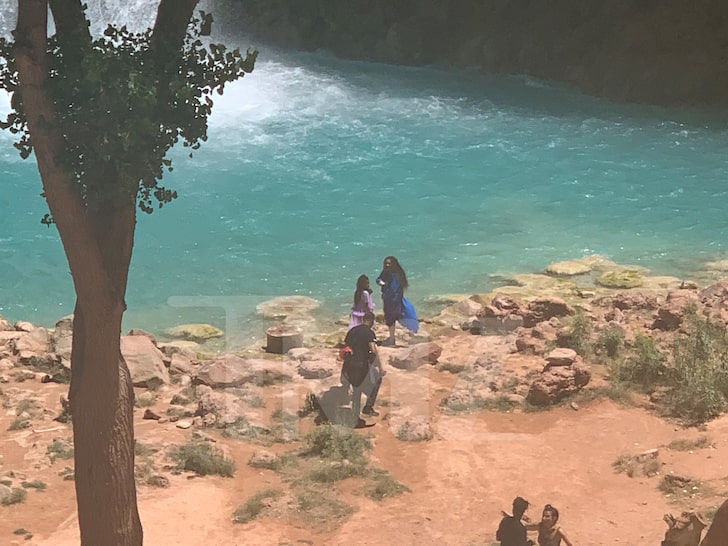 Most campers ride a donkey to get to the campsite, but they ain’t Bey.