UK Prime Minister, Boris Johnson, has announced a second national lockdown in England as the number of the coronavirus cases… 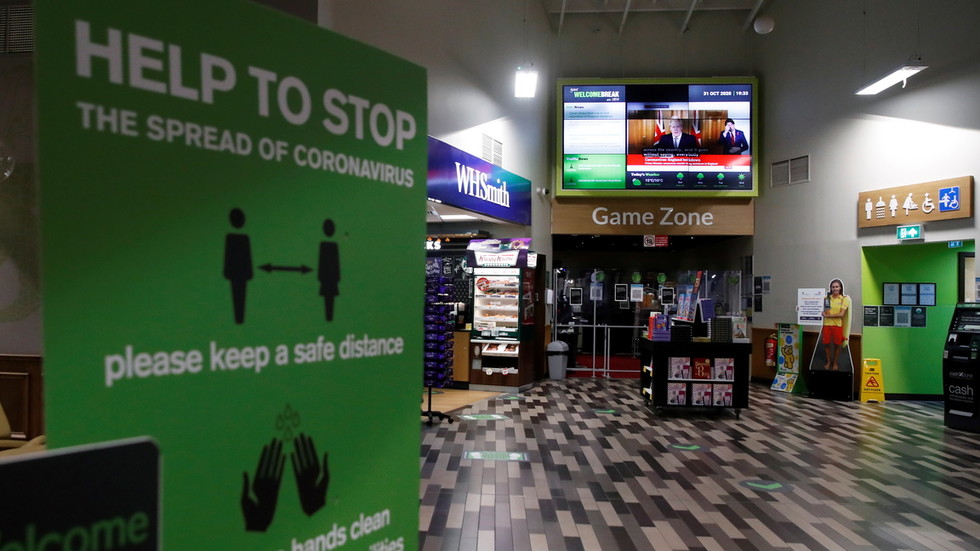 UK Prime Minister, Boris Johnson, has announced a second national lockdown in England as the number of the coronavirus cases in Britain soared over 1 million mark on Saturday.

“I’m afraid, from Thursday, the basic message is the same: stay at home, protect the NHS, and save lives,” Johnson said.

The new restrictions were “far less primitive and less restrictive” than the full-scale lockdown of March and April, he assured.

From November 5 to December 2, people in England will only be allowed to go outside for specific reasons, including education, work, exercise, shopping for essentials or caring for the vulnerable.

Pubs and restaurants will be shut down and only allowed to sell takeaway. All non-essential trade will also stop.

However, essential shops, schools, and universities will remain open, the PM said, adding that games in the English Premier League would also continue in front of empty stands.

Also on rt.com UK govt to hold emergency meeting after plans for new Covid-19 lockdown in England leaked to media

The furlough program will be revived, with employees who would be temporarily laid off due to the restrictions to get 80 percent of their salaries from the state, the PM promised.

In a separate statement, the UK’s treasury said that businesses that will have to close during the lockdown would receive grants of up to £3,000 per month. Mortgage holidays for homeowners will also be extended, it added.

“The virus is doubling faster than we can conceivably add capacity,” Johnson said, explaining the need for urgent restrictions.

Earlier on Saturday, the number of coronavirus infections in the UK surpassed the one million mark. Britain also leads Europe in the number of Covid-19 fatalities, with 46,555 having already succumbed to the disease.

The PM previously insisted that the new lockdown would be a “disaster,” but the government moved forward with the major restrictions after scientific advisers warned that the “reasonable worst case” scenario of 80,000 fatalities could be well surpassed if measures weren’t taken.