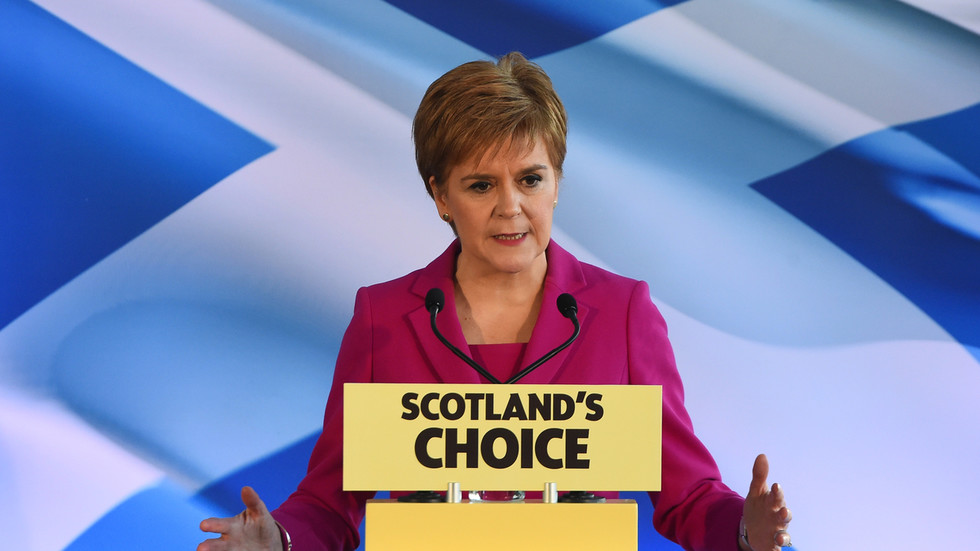 Scotland’s first minister, Nicola Sturgeon, has cautioned British Prime Minister Boris Johnson against trying to block a second independence referendum, asserting that her country cannot be kept in the United Kingdom by force.

Johnson and his Tory government have stated that they will not permit another vote on Scotland leaving the union, but Sturgeon – whose Scottish National Party (SNP) won 48 of Scotland’s 59 seats in the UK parliament in the recent snap general election – said that the matter isn’t up to the prime minister.

You cannot hold Scotland in the union against its will … If the United Kingdom is to continue it can only be by consent.

The pro-independence first minister argued that if Johnson is so sure that preserving the union is the best course of action, “he should be confident enough to make that case and allow people to decide.”

The SNP and the Conservatives both won big at the polls earlier this week, setting the stage for a major political showdown. The new Tory majority has a mandate to finally push through a Brexit deal with Brussels, but the SNP strongly opposes leaving the European Union, and will likely use the wedge issue to drum up support for a second vote on independence.

Scotland held an independence referendum in 2014, but the motion was rejected by voters.

Also on rt.com Mandate for IndyRef2? SNP expected to push for independence after landslide victory in Scotland