UK Prime Minister Boris Johnson is not about to take the forced Brexit extension lying down, reportedly devising plans to… 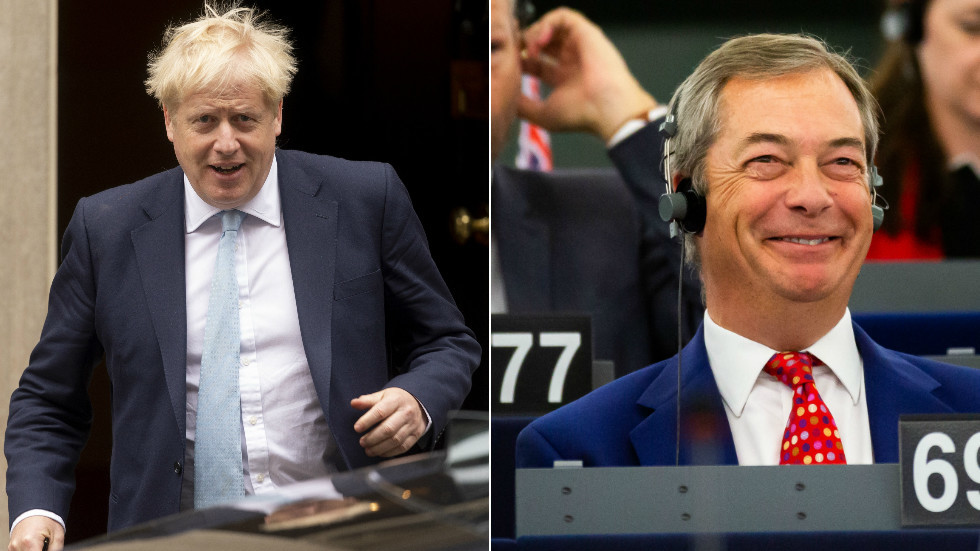 Johnson has long insisted that the UK would leave the EU by October 31, saying he would “rather be dead in a ditch” than ask the bloc for an extension to its exit deadline.

Parliament passing the Benn act, which requires a Brexit delay unless a divorce deal is agreed, looks to have scuppered those plans, but if forced to hang around for longer Johnson seemingly plans to be a thorn in Brussels’ side.

An explosive report in The Sunday Telegraph reveals that senior government figures plan to “sabotage” the EU if Britain remains in the union after Halloween. Two cabinet ministers told the paper that the plans include blocking the Union’s 2021-2027 budget, which is expected to be signed off early next year, as well as sending a Eurosceptic such as Brexit Party leader Nigel Farage to Brussels as the UK’s next EU commissioner.

On Saturday the approach was approved by Steve Baker, former Brexit Minister, who likened it to firing “a nuclear weapon into the heart of the asteroid”.

“I unashamedly back Nigel Farage to be our next EU commissioner in the unfortunate event that it transpires,” he told Chopper’s Brexit Podcast.

“This approach is inspired by the film Armageddon. There is that moment when they are trying to save the world and so what they do is they land on the asteroid and they put a nuclear weapon into the heart of the asteroid. Nigel Farage is that nuclear weapon.”

One problem with this plan is that the rest of the European Commission will have been ratified by the European Parliament so MEPs would have a clear vote on whether to approve the UK’s nominee. Given Farage’s two decades of causing trouble in Brussels MEPs are highly unlikely to wave him through as a commissioner.