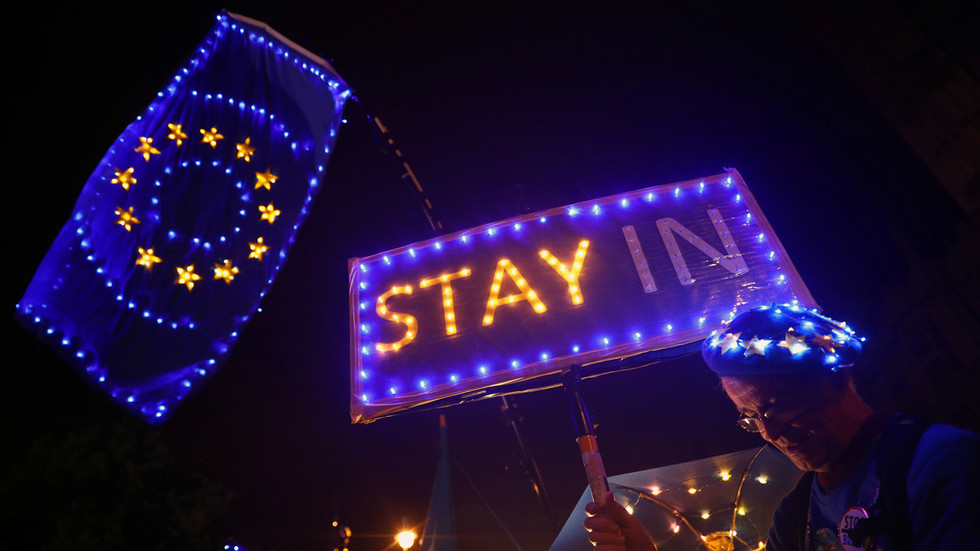 As the dust settles in Westminster after a raucous night that saw competing MPs trade blows over the suspension of the UK parliament, where does it leave the Brexit process? RT attempts to give clarity to the current chaos.

On Monday night, the supposed “mother of all parliaments” closed its doors on sitting British lawmakers after PM Boris Johnson chose to prorogue (suspend) proceedings for 5 weeks, at a time of national crisis over Brexit.

With little over 7 weeks until the UK is officially scheduled to exit the European Union (October 31) and no deal agreed with Brussels, what is next for the rollercoaster Brexit process?

PM Johnson, as recently as Monday, told Taoiseach (Irish PM) Leo Varadkar and the assembled media in Dublin that he wanted an agreement, insisting a no-deal Brexit would be “a failure of statecraft.”

The UK prime minister will get his chance to finalize/broker a deal at the European Council meeting in Brussels on October 17 and 18.

If an agreement has not been secured by October 19 then Johnson has been instructed by British MPs to request a 3-month Brexit extension to January 31.

However, Johnson told lawmakers in the House of Commons on Monday night that he would not seek an extension from Brussels, declaring defiantly: “This government will not delay Brexit any further.”

If a deal has not been agreed by October 31, the UK will leave the EU without a deal.

Also on rt.com I beg your pardon!! Britain’s BoJo now declares no-deal Brexit would be a ‘failure’

To extend, or not to extend, that is the question

If the PM does not intend to ask for an extension to Article 50 and further delay Brexit, then there are several permutations to such a move.

It would suggest that Johnson is confident of getting a deal with Brussels, intends to resign, or plans to trigger a vote of no-confidence in his own government and pass on the Brexit mess for an alternative caretaker PM such as Labour’s Jeremy Corbyn to deal with.

Foreign Secretary Dominic Raab claimed on Sunday that the UK government is willing to “test to the limit” the law around new legislation compelling Johnson to seek a Brexit delay, by appealing to the Supreme Court.

PM Johnson has been at pains to stress that progress is being made on alternative solutions to the contentious backstop which has been the main sticking point on securing a Brexit agreement.

That’s despite the Ireland’s Taoiseach (Irish PM) Leo Varadkar revealing on Monday, that alternatives “must be realistic, legally binding, and workable,” adding that “we have not received such proposals to date.”

The issue of the backstop is set to dominate negotiations between the UK and EU, but whether achieving success in this area will help gain the approval from British lawmakers to pass a deal in parliament, is not guaranteed.

Corbyn, who leads the main opposition party, may attempt to reject the Queen’s speech, which ostensibly sets out the government’s legislative program, on October 21. Many UK media outlets, such as the Telegraph newspaper, suggest that they will then table a vote of no-confidence in Johnson’s administration.

If successful they would have 14 days to form a new government, by securing enough support from parliamentarians. Corbyn has stated that he would call an immediate general election if he were in temporary power.

Also on rt.com BoJo shuts down parliament: What does this actually mean?

And finally… is a General Election on the cards?

Absolutely. The timing of which is not so clear, but Johnson’s minority government will find it difficult to pass any new laws with the current parliamentary arithmetic. Once an election is called by Johnson or an alternative caretaker PM, it can only take place after 25 working days. Many political commentators are predicting a snap poll for late November or early December.

Coronavirus: Some states begin to reopen as US death toll passes 50,000