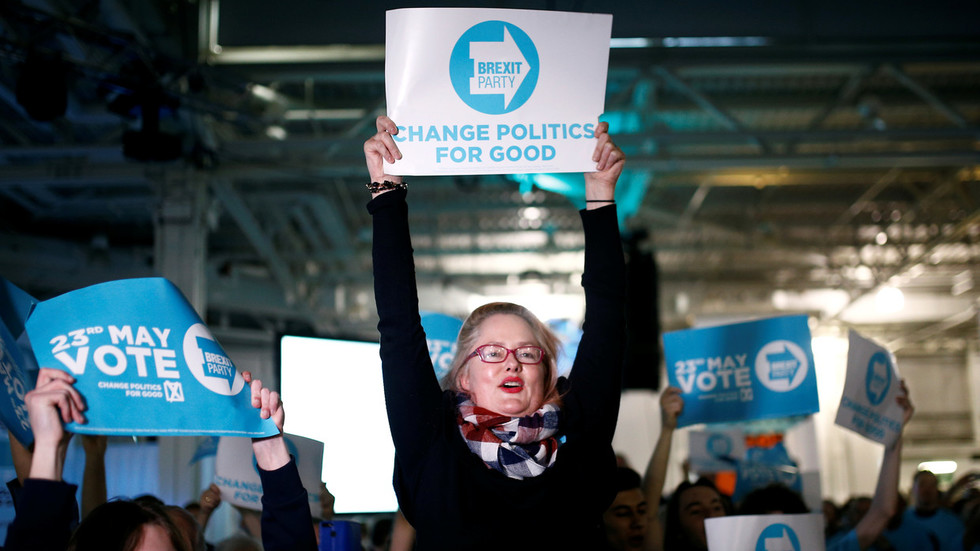 Brexit Party chairman Richard Tice demanded an apology after a BBC pundit suggested on national television that the party gets illicit support from Russia.

The exchange unfolded during the BBC’s coverage of the European elections, when commentator and former Blair press secretary Alastair Campbell made an off-handed remark about “rubles” while ostensibly praising the Brexit Party for its win.

“You’ve done a very good campaign, your social media’s been brilliant, your events have been good, you’ve had all the rubles coming in, you’ve done very, very well – hats off,” Campbell told the party chairman.

After a brief delay Tice took on a look of astonishment, as the pundits continued to squabble about the results of the election.

“Can I just interrupt?” Tice said. “Alastair Campbell has just tried to smear us, suggesting that rubles have come in. Not a single ruble has come in. Alastair, I think you should apologize.”

“Be big enough on national TV,” he added.

Campbell refused, making the comment out as a joke and telling Tice not to lose his sense of humor.

Campbell isn’t the first to posit murkey ties between Moscow and the Brexit Party or other right-of-center movements in Europe. The theme has become popular in establishment media in Europe and the United States, portraying any unwanted political development as the result of a Russian plot.

When the Electoral Commission announced just hours after Brown’s speech that it would visit the party’s headquarters to “conduct a review of the systems it has in place to receive funds,” party leader Nigel Farage accused the Commission of “coordinating” with Brown.

The Commission did not appear to find any problems with the party’s funding mechanism, and maintains the check-up was unrelated to the former PM’s comments.