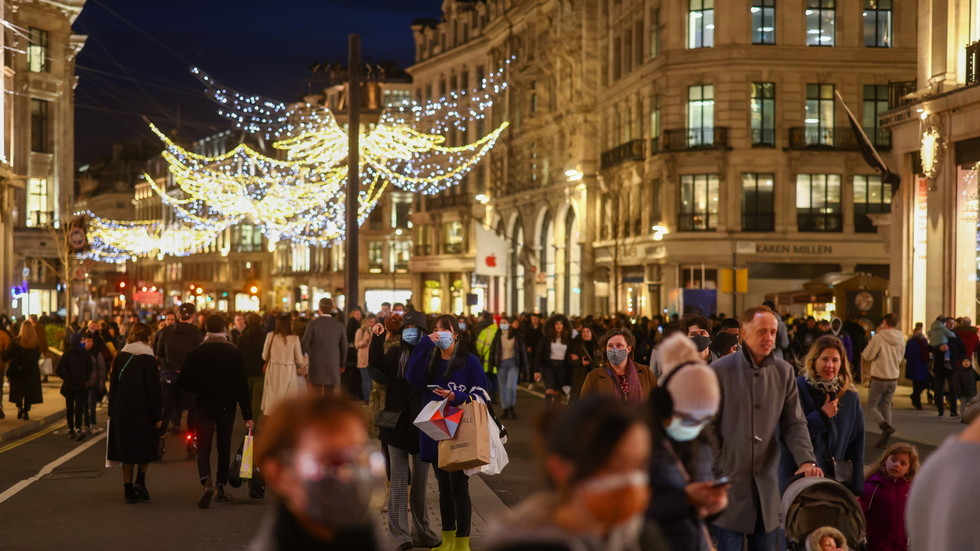 Two of the UK’s most influential medical journals have slammed the government’s decision to relax Covid-19 measures for a five-day period around Christmas, saying it could prove extremely dangerous.

The British Medical Journal and the Health Service Journal jointly called on the UK government on Tuesday to scrap its plans to relax Covid-19 measures over the festive period.

The statement, titled ‘To protect the NHS, the UK government must abandon plans for household mixing’, is only the second editorial piece jointly written by the two journals in 100 years.

We believe the government is about to blunder into another major error that will cost many lives.

The authors claim that, rather than continuing with the current plans, the government should look at the examples set by Germany, Italy, and the Netherlands.

“If our political leaders fail to take swift and decisive action, they can no longer claim to be ’protecting the NHS,’” the statement reads.

The work notes that the NHS is functioning with very little excess capacity and warns that a third wave of Covid-19 is “almost inevitable.”

“The New Year is likely to see NHS trusts facing a stark choice: be overwhelmed or stop most elective and non-urgent work,” the authors write.

The journals add that the relaxation of measures during the festive period is “clearly inadequate” for London and the South East, which will be plunged into a tier three lockdown on December 16. Despite the tier three measures, Londoners will be free to mix from December 23-27.

Also on rt.com Minister says ‘do the minimum’ if visiting family at Christmas as experts warn against mixing Covid bubbles

Earlier on Tuesday, Chief Secretary to the Treasury Steve Barclay said that the public should not “misinterpret” the Covid-19 relaxation and should “do the minimum” if visiting family at Christmas.

Under current plans agreed between PM Boris Johnson and the devolved administrations of Scotland, Wales, and Northern Ireland, up to three households will be able to mix in a “Christmas bubble” between 23 and 27 December.

“Mixing at Christmas is a terrible idea and that should be the message,” she claimed, adding that the government should be telling people to “stay in their local authority.”