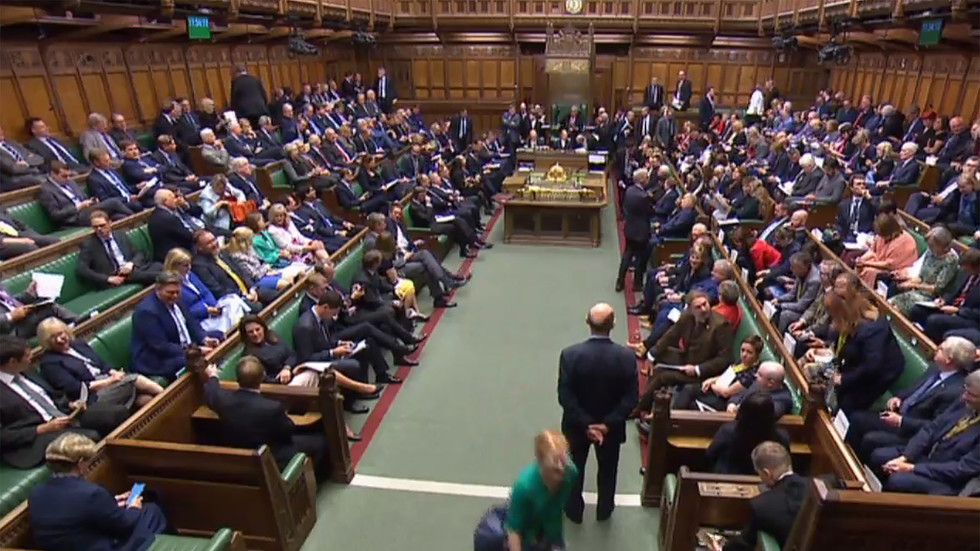 The UK Parliament got back up and running on Wednesday following the judgment of the Supreme Court which ruled that PM Boris Johnson’s prorogation was not lawful. MPs now have the small matter of solving the Brexit crisis.

Johnson’s suspension of Parliament, enacted on September 9 and scheduled to last five weeks, was cut short after all 11 judges at the UK’s highest court ruled unanimously that the PM’s advice to the Queen to prorogue was “unlawful, void and of no effect.”

The decision has created a constitutional crisis, with Brexit deadline day – October 31 – fast approaching, and to date, no UK-EU agreement in sight.

Before Johnson prorogued Parliament, a new law compelled him to write a letter to the EU Council to request an extension to article 50 and so delay Brexit. The UK PM has until October 19 to comply with the new legislation.

Also on rt.com ‘I was kicked in the head by a horse’ and then I believed in Brexit: Farage victim of hilarious prank caller

Johnson has claimed that he will comply with the new law, but insists that the UK will leave the EU by Brexit deadline day. It means the prime minister is under extra pressure to secure an agreement with Brussels, something he’ll be aiming to achieve at the EU Council summit on October 17 and 18.