By Chris Rossini​​Individual liberty has fallen quite far in the ‘land of the free.’ It has fallen far, fallen hard,… 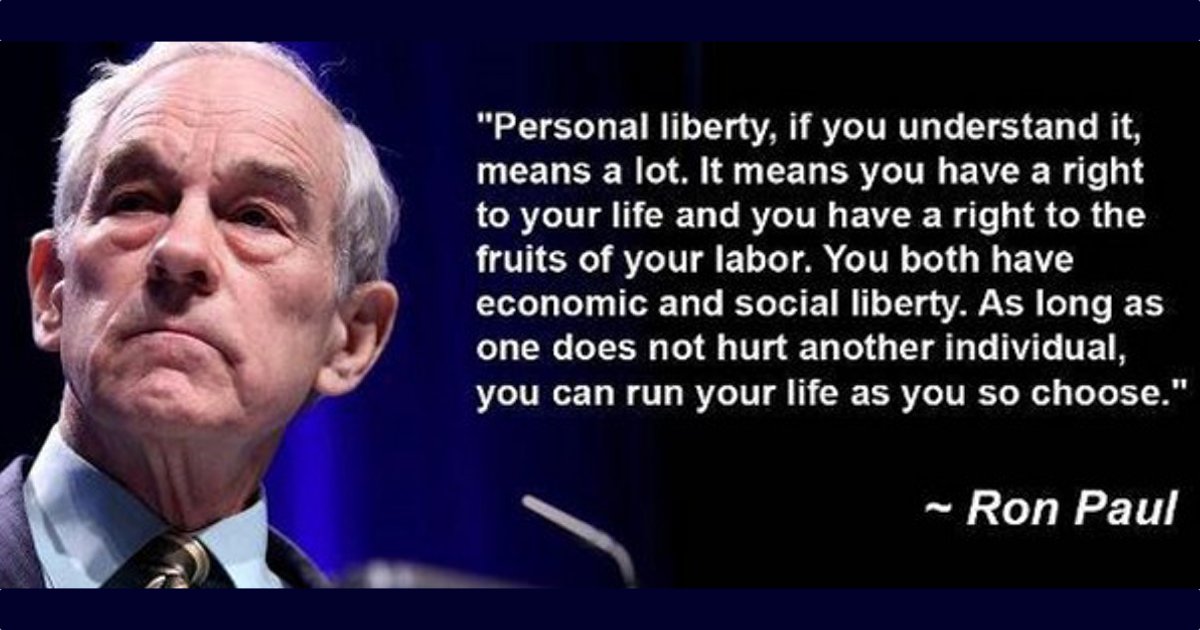 By Chris Rossini
​
​Individual liberty has fallen quite far in the ‘land of the free.’ It has fallen far, fallen hard, and fallen quite fast. Two-hundred and forty-four years is not a long time. The erosion occurred gradually at first. Today it is rapid.

This change is strictly a result of ideas. Good ideas (individual liberty & decentralized power) have been replaced by bad ideas (collectivism & concentrated power).

It wasn’t the American people, per se, who were the determining factor in the stunning success of the ‘land of the free’. People are people, no matter where they are. The same life force beats the heart and blinks the eyes of the American, as it does the person who lives 6,000 miles away in another nation.

The difference for the people in America was the ideas that they espoused: individual liberty & decentralized power.

The erosion of individual liberty begins when a person is no longer satisfied with living his own life (the only life that he has been given the power to live).

He’s no longer satisfied with solving the endless series of problems and challenges that come his way. This is no longer good enough. Instead, this person decides to embark on foreign adventures. He decides that he’s going to ‘go-out’ and re-make other people.

He’s not going to voluntarily advise others, mind you. He doesn’t get a rush from merely speaking good ideas, by putting them in writing, or in a video, or a podcast. He’s not going to let others decide for themselves.

No…no…no…The busybody is going to force others to live as he says. In his image, he shall re-make these human piles of clay.

Now, keep in mind that the busybody didn’t ‘make’ others (or himself for that matter). Even he will most likely admit to this. But in the busybody’s view, that which made all individuals made a mistake, and he will re-make others in order to correct that mistake.

Naturally, the busybody is shunned by others for his bluntness and oversized ego. No one likes to be told what to do. This really bothers the busybody. He does not like that people just won’t obey him.

If only he had some leverage…If only he could somehow get away with forcing others to do what he says.

If only he could do it legally…

Surprise…Surprise…the institution of government attracts the busybody like a moth to a flame.

This is the busybody’s Mount Olympus. This is where he shall climb, and as ruthlessly and unethically as is necessary. The ends justify the means to the busybody. Ruthlessly climbing to the top of the political ladder is worth it, because once he is there, everyone else will be blessed by their ability to obey his commands.

The busybody is what the American colonists broke away from in 1776. They would be forced to obey no more. They would stake their claim to their rights of Life, Liberty, their own Private Property, and The Pursuit of their own Happiness.

Early Americans knew that the busybody is never satisfied. The busybody descends from his only legitimate power of controlling himself, to wanting to control his neighbor, then his town, then his state, then the country, then the continent, then the world, then the galaxy, then the universe!

The lust for power is the worst of them all.

Now let’s look at what has become of the ‘land of the free.’

Millions of Americans are losing their minds over a presidential election.

Millions of people sit on the edge of their seats, waiting for central planners at the Fed to decide on price fixing interest rates and counterfeiting dollars.

Millions of people hang on the words of Supreme Court judges, that unconstitutionally write laws! They’re not Congress. They’re not supposed to write laws. But, over time, they’ve wriggled their way into doing just that.

Now 9 judges can legislate for over 300 million Americans!

Is it any wonder that everyone is so ruthless in trying to control who those 9 people are?

The U.S. has 1,000 military bases sprawled all over the world. It is engaged in endless wars. Ever since it left America’s shores to re-make other nations, starting in 1898, it has been at almost continuous war ever since. An almost solid century of war, some of which are now considered “endless.” The busybody mentality went global!

The USA morphed into Busybody USA.

This extreme concentration of power is ripping American civilization apart.

The good ideas of individual liberty & decentralized power have been replaced by the bad ideas of collectivism & concentrated power. That’s how powerful ideas are. They can lead to civilizational greatness, or civilizational despair.

This must be done one individual at a time.

The ideas of individual liberty and decentralized power spread gradually at first … and then rapidly.

Liberty especially spreads rapidly because it is a part of our individual nature. It’s always there. It just needs to be uncovered.

George Washington said that “Liberty, when it begins to take root, is a plant of rapid growth.”

But how far down must we descend before Americans want to live by the ideas of individual liberty again?

Do they have to literally be hungry…for food?

In fact, let’s speak the ideas of Liberty as best as we individually can, to try to head that off.

What better place is there to speak the ideas of Liberty than in America?