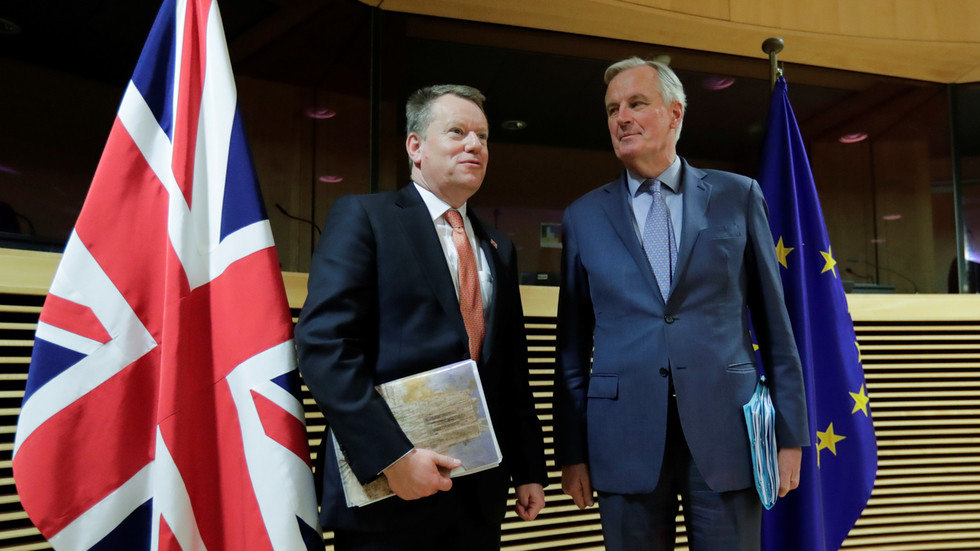 The EU’s chief Brexit negotiator Michel Barnier says “no significant progress” has been made in talks with the UK over a trade deal and that discussions need a “new boost,” concentrating on the most difficult sticking points.

Giving an update on the latest round of virtual talks on Friday, Barnier said the UK was “still a long way away” from an agreement on the governance of the future partnership. “We cannot go on like this forever,” he said.

Barnier accused UK Prime Minister Boris Johnson’s government of trying to “backtrack” on commitments made in the Political Declaration it signed with the EU.

A row over fisheries remains one of the major stumbling blocks to a deal. London has complained that Brussels is demanding too much access to UK fishing waters. Barnier said on Friday that the UK team had not shown “any true will” to negotiate on the issue.

One point on which London and Brussels seem to agree, however, is that the virtual nature of the talks – necessary due to the Covid-19 pandemic – has made progress more difficult. UK negotiator David Frost said the parties are “close to reaching the limits” of what can be achieved through the remote format.

Barnier said he hoped in-person talks could resume by the end of June. The next round of negotiations, either in late June or early July, will be the “moment of truth,” he added.

Frost also said that, while solid progress has been lacking, the talks have been “positive” in tone.

He said negotiations would need to accelerate and conclude “in good time” to allow people and businesses to have certainty over what will happen when the transition period comes to an end.

Barnier reiterated that the EU is still open to extending the transition period beyond December 31 – a proposition which Boris Johnson’s government has rejected. The UK left the EU on January 31 this year, but it remains in the EU single market and customs union until the end of the transition period.