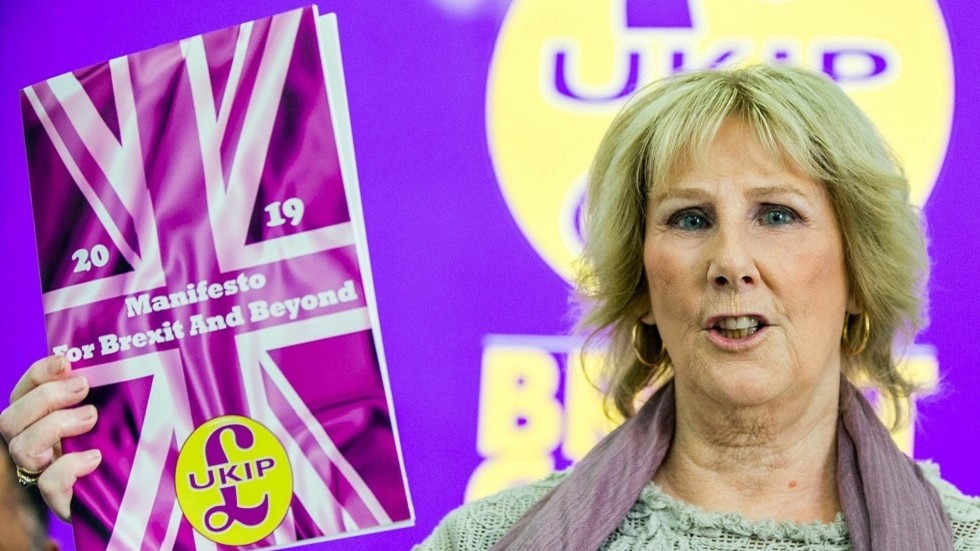 The new interim leader of the United Kingdom Independence Party (UKIP) has been widely mocked on social media after a “car crash” TV interview saw her accidentally let it slip out that her pro-Brexit party was “racist.”

While attempting to explain how some party members were “sympathetic” to Robinson’s current predicament, Mountain appeared to get herself into a muddle and suggested UKIP is a racist party, before correcting herself.

“Do you have any black candidates?”“Well, we do have… erm, I think he’s Indian.”Astonishing crash and burn from UKIP’s latest leader. – Doesn’t know where UKIP is standing- Doesn’t understand asylum system- Doesn’t really answer anything https://t.co/gNbbCIu9D0

Asked whether her party had any black candidates standing in this year’s general election, Mountain revealed that they had none, before clumsily adding: “Well, we do have… erm, I think he’s Indian.”

The interview has been branded a “car crash” by many on social media, with some claiming Mountain was “completely and utterly out of her depth.” One person on Twitter mocking the UKIP interim leader for her performance, said: “She literally didn’t know anything about her own party.”

Hilarious/Scary interview with someone’s Nan called Pat Mountain in Sky News,who’s apparently The UKIP leader,she literally didn’t know anything about her own party and when asked about association with Tommy Robinson said “he’s now more involved with the OTHER racist parties”

Mountain, who took over the party leadership from Richard Braine after a mere two months in charge, also struggled with details on a range of other issues, including asylum laws, PM Boris Johnson’s Brexit deal, and how UKIP is different to Nigel Farage’s Brexit Party.

The politician revealed that that her party will be standing 44 candidates in “very carefully chosen seats,” for the December 12 snap poll, as UKIP does not want to harm the chances of “actual Brexiters.”

Also on rt.com ‘Go Boris’: Tommy Robinson endorses UK PM, saying ‘if we believe in democracy, we have to have Brexit’ (VIDEO)