The vaunted “17 intelligence agencies” that comprise the U.S. intel community will be sharing a network of private-sector cloud computing…

The vaunted “17 intelligence agencies” that comprise the U.S. intel community will be sharing a network of private-sector cloud computing service providers which includes Microsoft, Google, Oracle, IBM, and Amazon Web Services (AWS) as part of a 15-year contract said to be worth tens of billions of dollars.

AWS currently holds the sole contract to provide cloud computing services to a number of intelligence agencies, including the FBI and the NSA. That contract is set to expire in 2023 and this new award – managed by the CIA – will further weaken Amazon’s once privileged position in the federal money sweepstakes, which had already taken a hard hit when Microsoft was unexpectedly chosen over Bezos’ company for the Department of Defense’s own cloud services contract for the Joint Enterprise Defense Infrastructure (JEDI) program.

The Central Intelligence Agency will take full advantage of its access to money without oversight to disburse the government funds at the agency’s discretion. Although speculated to rise into the tens of billions, the CIA has no plans to disclose the real value of the C2E contracts. The Commercial Cloud Enterprise (C2E) procurement program was unveiled in February by the premier U.S. spy agency in a bid to establish a cloud computing service platform for the country’s intelligence agencies separate from JEDI, which remains enmeshed in a protracted legal contest with AWS and is two years behind implementation.

The five tech giants will compete with each other for “task orders” that come in from the multitude of intelligence agencies throughout the country and will span every security clearance level up to and including top secret clearance. The contract calls for the building of infrastructure and all other basic cloud services, as well as professional services and public-facing services.

Many seem surprised by the multi-contractor, ad hoc nature of the C2E awards because it “appears not to settle on a particular cloud provider” and while these dynamics do stray from the relatively recent trend of sole-contract awards and tacit monopolies many corporations have enjoyed through similar public-private partnerships, this particular practice of pitting contractors against each other for services requisitioned by the government is not new.

In fact, such practices are an intrinsic part of the military industrial complex and its historical origins at the height of the British empire. The start of the Glorious Revolution in 1688 marked the beginning of 125 years of constant war for the global superpower of the day and the slow but inexorable rise of an industry of war made up exclusively of freelancers who would make the guns, rifles, and bullets their bloodthirsty Queen required.

As the empire grew, the processes for the production of weapons underwent a dramatic change from artisanal modes to full-fledged factory-style production; all spurred by the biggest army and navy in the world, which was pillaging and extracting resources to fuel the burgeoning enterprise of capitalism. 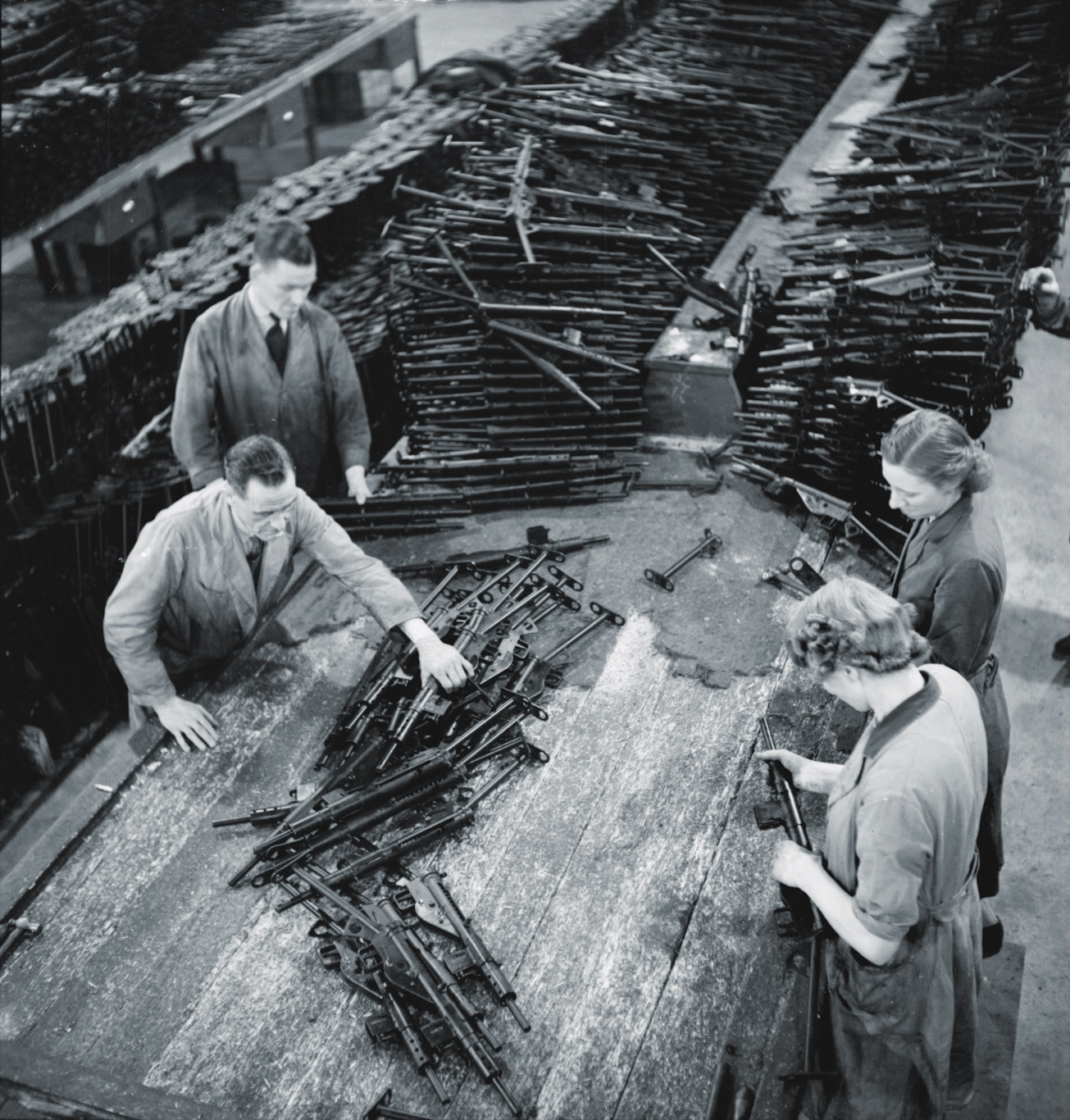 This period also fine-tuned the relationship between the state and independent contractors, with the former establishing laws governing them in order to leverage their overwhelming advantage. Other strategies were also employed to both suppress the price the Crown paid for materiel and to make sure that no single contractor held too big a stake in the supply chain.

In her book “Empire of Guns,” Priya Satia details this entire process and destroys the myth that the Industrial Revolution was the result of a cotton-picking machine when even a cursory look at the history shows that it was guns and a state engaged in perpetual war that laid the foundations of our current economic paradigm.

Now, we stand on the threshold of the so-called “Fourth Industrial Revolution” in a world that has perfected weapons of war to atomic levels. New ‘cyberweapons’ are being forged and it is only fitting that the war industry, led today by the United States, would return to its origins to maintain its own monopoly on human suffering and devastation in the name of profit.

Return to the roots

The public-private partnership has been another significant trend that also mirrors a ubiquitous trend in Victorian England. But, in today’s world, a parallel legal system has grown alongside the state’s war industry and is also now at the disposal of the corporations who wish to dispute any deal, leading to considerable delays in the execution of contracts.

Cases like the JEDI suit affect the military readiness goals of the national security state if it cannot move forward with a particular initiative due to litigation. Another recent case is holding up the Cybersecurity Infrastructure and Security Agency’s (CISA) efforts to centralize inflow and outflow of data regarding cyber-threats.

In October, the Government Services Agency (GSA), awarded a $ 13 Million-dollar contract to a company called EnDyna to “create a centralized database that agencies can use to report, discover and take actions against cyber threat information.” A much larger competitor, HackerOne, filed a protest questioning the award on grounds of failure to meet eligibility requirements and the smaller company’s competence to carry out the work.

Technicalities like these can hold up a project in court for years, so it makes perfect sense for the state-run war industry to return to its roots and apply the tried and true principles of divide and conquer against the people making their guns, whether real or virtual. By taking the first few spots on the Big Tech pecking order and putting them in a room to duke it out for a government contract, the war establishment is recognizing the growing power of these firms and is unleashing the CIA to curb it and diminish threats to the supply chain of the twenty-first century’s permanent war economy.

As Tide Turns, Houthis Reject US, Saudi “Peace” Deals for the Recycled Trash They Are

Chris Hedges: The Cost of Resistance

COVID-19: US Politicians and Media Have Success Hyped the Public Into an Anti-China Frenzy

Biden’s Campain and the DNC Make a Mockery of Jews, Israel, and of Course, Joe Biden

US Embassy Caught Scrubbing Tweets Urging Venezuelans Not To Vote