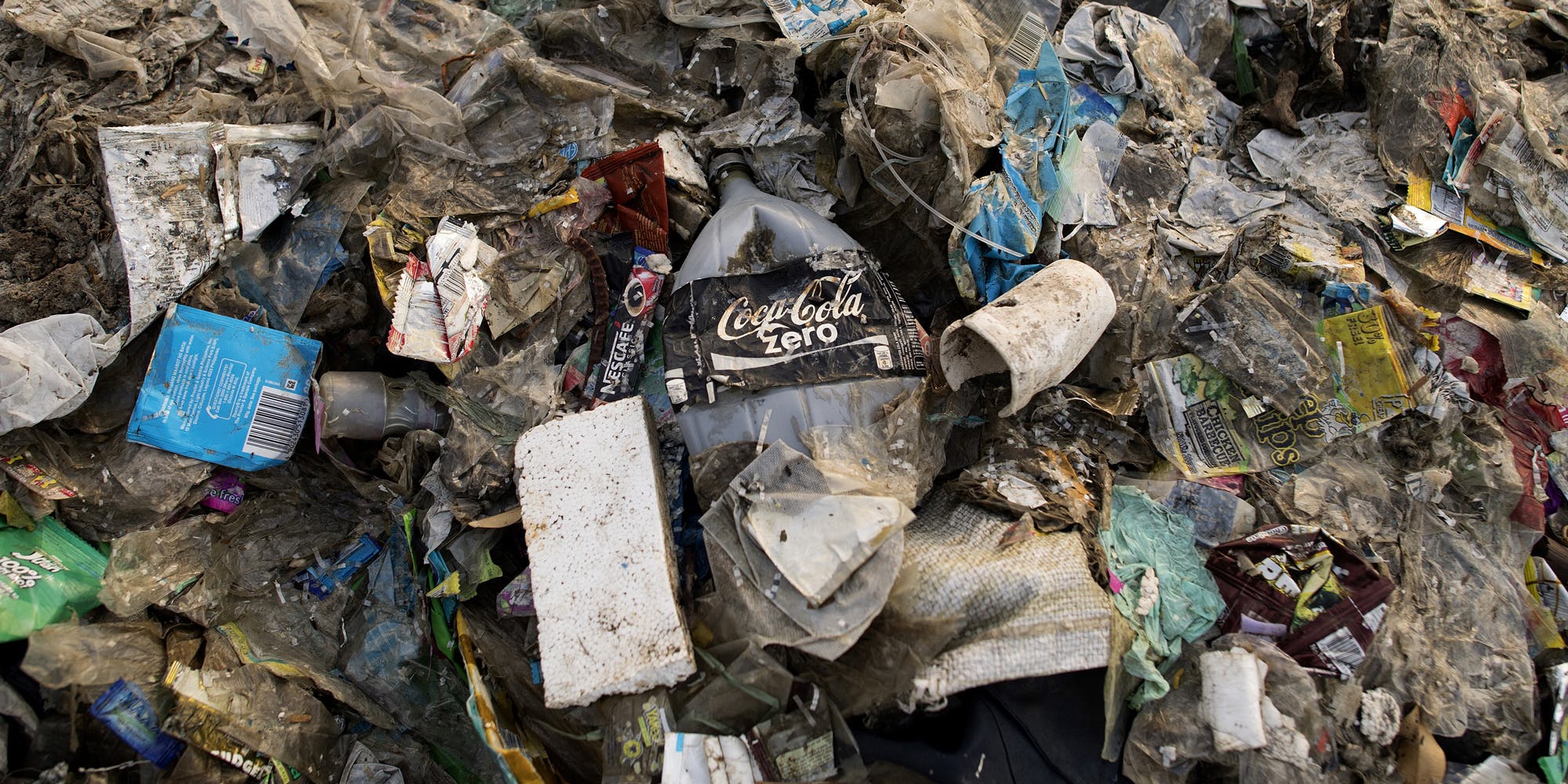 Coca-Cola was found for the second year in a row to be the most polluting brand in a global audit of plastic trash conducted by the organization Break Free From Plastic. The giant soda company was responsible for more plastic litter than the next top three polluters combined.

More than 72,000 volunteers fanned out onto beaches, paddled along waterways, and walked along streets near their offices and homes picking up plastic bottles, cups, wrappers, bags, and scraps for the one-day cleanup in September that was the basis for the audit. Sorting through the mounds of garbage, they found that the plastic represented 50 different types and could be traced back to almost 8,000 brands. Coke was responsible for 11,732 pieces of plastic litter found in 37 countries on four continents. After Coca-Cola, the next biggest contributors to the plastic pollution in the audit were Nestle, PepsiCo, Mondelez International — purveyor of snack brands like Oreo, Ritz, Nabisco, and Nutter Butter — and Unilever. More than half of the plastic had eroded to the point where it was impossible to discern who had produced it.

Coke was the top source of plastic in Africa and Europe and the second largest source in Asia and South America. In North America, the company responsible for the most plastic found in the cleanups was Nestle, followed by the Solo Cup Company, owned by the Dart Container corporation, and Starbucks. Coca-Cola ranked fifth among the companies responsible for plastic waste in North America.

Coca-Cola responded to questions about the brand audit with an emailed statement: “Any time our packaging ends up in our oceans — or anywhere that it doesn’t belong — is unacceptable to us.  In partnership with others, we are working to address this critical global issue, both to help turn off the tap in terms of plastic waste entering our oceans and to help clean up the existing pollution.”

Coke’s statement also said, “We are investing locally in every market to increase recovery of our bottles and cans and recently announced the launch in Vietnam of an industry-backed packaging recovery organization, as well as a bottler-led investment of $ 19 million in the Philippines in a new food-grade recycling facility.  We are also investing to accelerate key innovations that will help to reduce waste, including new enhanced recycling technologies that allow us to recycle poor quality PET plastic, often destined for incineration or landfill, back to high quality food packaging material.”

Coca-Cola’s dubious distinction of being the top global contributor of plastic waste for two consecutive years runs counter to the company’s carefully curated public image as an environmental leader. Earlier this month, Coke introduced a plastic bottle made from recycled marine plastic, and last year the company pledged to collect and recycle “the equivalent of every bottle or can it sells globally.”

Along with the company’s tremendous trail of garbage, other recent evidence undermines Coca-Cola’s green image. Leaked audio obtained by The Intercept showed how Coke-funded organizations undermine bottle bills. Meanwhile European environmentalists closely aligned with the advocates who conducted the global brand audit say that the company has been interfering with their efforts to combat plastic pollution.

Hundreds of cities and towns have recently committed to becoming “zero waste” cities. “We have created a very detailed master plan, which looks at the complete picture at what a municipality needs to reduce their waste,” according to Alexandra Aubertin, founder of Zero Waste Montenegro and board member of Zero Waste Europe. “We look at everything that has been done in a city but also see a local level how things can be reused.” The zero waste movement focuses on a hierarchy that puts the reduction and conservation of plastic and other materials above recycling and emphasizes the reduction of waste at its source.

Yet last October, zero waste advocates noticed that another effort had emerged with the same name but very different goals. The new zero waste push didn’t have the same comprehensive approach to reducing waste that theirs did, and seemed designed “to confuse people on the zero waste hierarchy,” said Aubertin. It was “telling people the solution is recycling. But that’s not what the zero waste hierarchy is all about.”

Aubertin was dismayed to learn that the new weakened “zero waste” messaging was in fact coming from the world’s biggest plastic polluter: Coca-Cola. She first heard about the campaign from one of her Greek colleagues after the company announced its plan to help make “Thessaloniki, the second-biggest city in Greece, the first city in the country with the potential to become a zero-waste municipality.”

Then, in March, Coke announced its funding for another “zero waste” initiative in her own country — in the city of Budva. According to an announcement on Coca-Cola’s Serbian website, the company is funding a Montenegrin nonprofit — whose name translates to “NGO Eco Center from Budva” — “with the aim of becoming the first coastal Adriatic city without waste.” The funding is being used to create an “interactive center” where visitors can learn about ecology and to fund a “Capture the Clean Wave” program that will “contribute to the collection of packaging waste at more than 40 beaches in the Budva Riviera.”

The money is also being used to fund door-to-door education about recycling and for bins to capture PET plastic bottles, according to Zero Waste Montenegro, which found the Coke-funded efforts woefully inadequate.

“Even if it would capture all the PET bottles put on the market in Budva,” the organization wrote on its website, “it is only one small part of the waste being produced in Budva every year. It wouldn’t make Budva a Zero Waste City.”

With Rent Freezes About to Expire, Mnuchin Lobbies for More Wall Street Bailouts

Who Killed Oscar and Valeria: The Inconvenient History of the Refugee Crisis