Ann Widdecombe, one of the Brexit Party’s most prominent figures, has delivered a fiery maiden speech in the EU Parliament,… 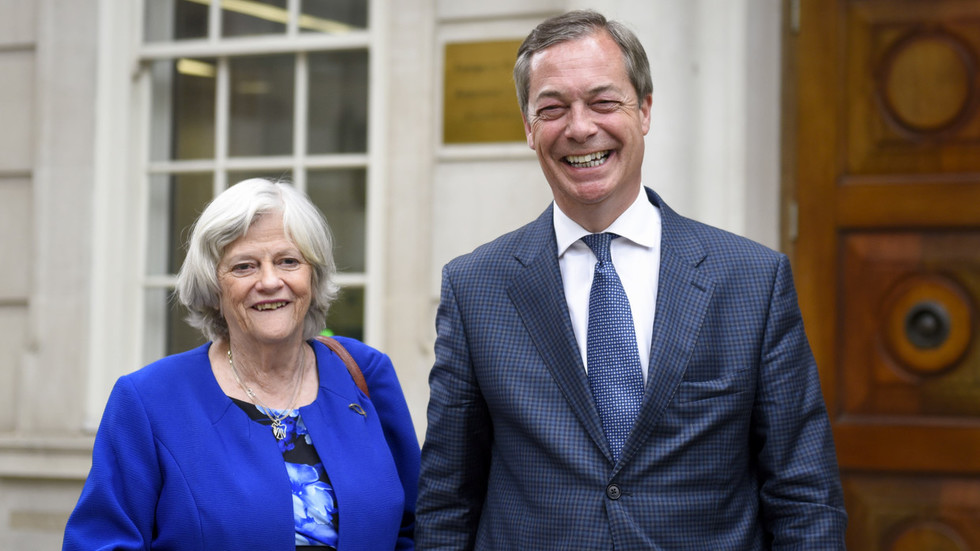 Ann Widdecombe, one of the Brexit Party’s most prominent figures, has delivered a fiery maiden speech in the EU Parliament, comparing the EU to “oppressors” such as slave owners or colonizers, provoking both praise and ridicule.

The MEP for the South West of England let rip into EU cheerleaders during her address in the Strasbourg parliament on Thursday. Widdecombe derided the suggestion that the European parliament was a beacon for democracy, highlighting the recent appointments of high ranking EU officials.

Widdecombe insisted the selection process showed a “serious betrayal” of every member of the bloc. She then delivered a volley of analogies that compared the power relationship between the EU – as the oppressor – to the British public, the oppressed, using the slave trade as an example. Widdecombe also singled out Guy Verhofstadt, the European Parliament’s Brexit coordinator.

There is a pattern consistent throughout history of the oppressed people turning on the oppressors. Slaves against their owners. The peasantry against the feudal barons. Colonies, Mr Verhofstadt, against their empires. And that is why Britain is leaving.

Many on Twitter labeled Widdecombe’s slavery analogy embarrassing. Black MP David Lammy, a pro-remain Labour politician, branded the MEP’s comments as “offensive and ahistorical” by equating “my ancestors tearing off their chains with your small-minded nationalist project – Shame on you.”

The Socialist Party of Great Britain accused Farage of being the “puppet master,” suggesting that he can be seen mouthing Widdecombe’s speech 32 seconds in.

Anne Widdecombe just compared Britain leaving the EU to “slaves” rising up “against their owners”.

It is impossible to explain how offensive and ahistorical it is for you to equate my ancestors tearing off their chains with your small-minded nationalist project. Shame on you. https://t.co/wZVCziXWVM

However, the former Tory minister did receive praise from Brexit supporters who called her parliamentary performance “magnificent.” Some suggested that the slaves were now ‘revolting against their masters’ when it came to Brexit.

I actually think @WiddecombeAnn is starting to get it (or maybe she’s known for a while). The slaves are indeed revolting and will be turning on their masters big time…both in #EU and #UK and elsewhere for that matter. We are at war with a #Cabal although many don’t realise it.

Farage’s anti-EU party won a total of 29 seats in May’s EU elections, making them the largest British party in the Strasbourg parliament. The Brexit Party MEP’s turned their backs on the European anthem in protest, as they were sworn in during the EU Parliament’s opening ceremony on Tuesday.