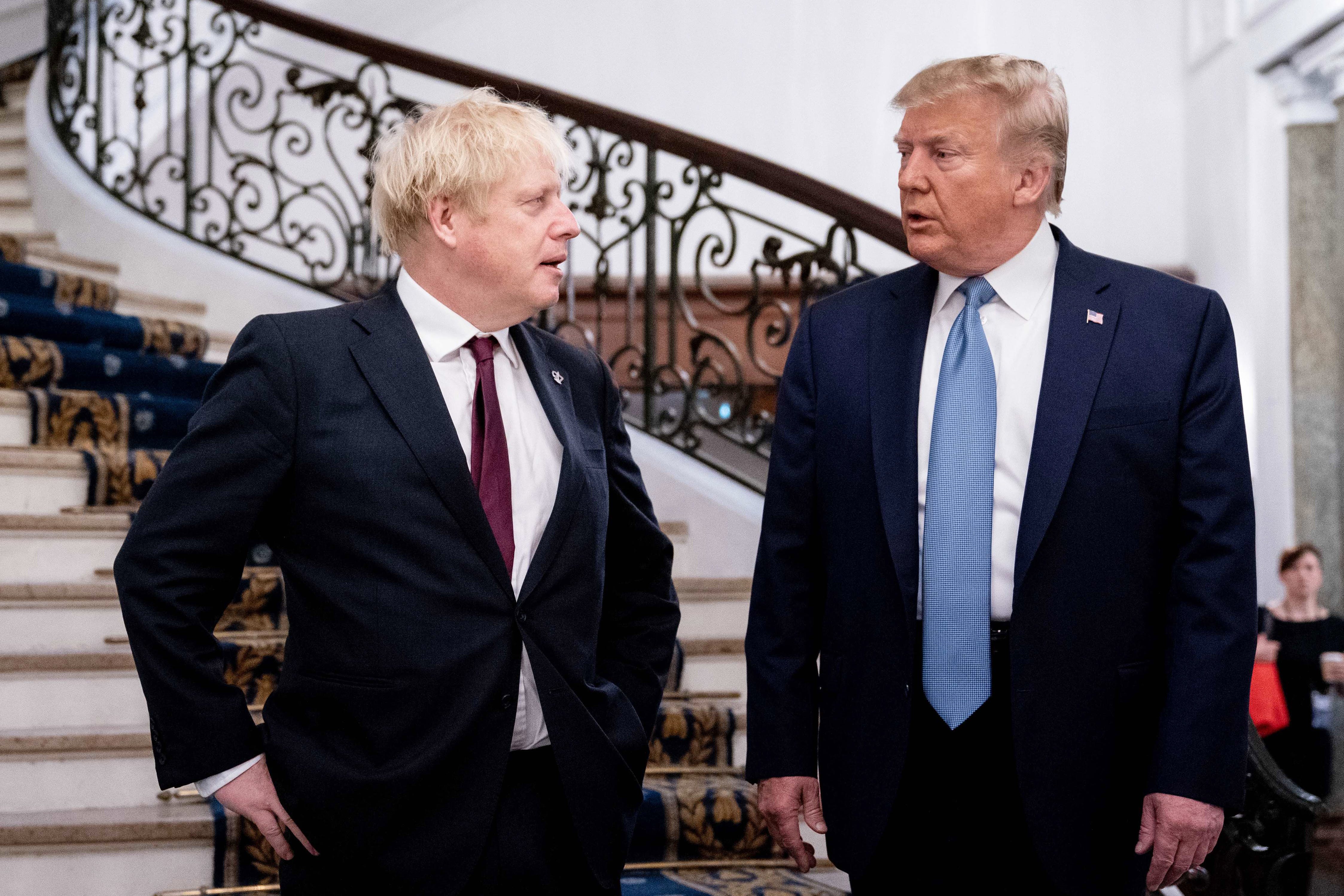 “Boris Johnson and Donald Trump, brothers in chaos,” read a headline in the Los Angeles Times over the weekend.

Chaos, indeed. The two right-wing soul mates seem to be competing with one another to see who can do more damage to the political, economic, and social fabric of their respective countries. The American president and British prime minister have chaos in common, which, as I pointed out a year ago, is not a bug of their rule; it is a feature.

And so it continues. “On Tuesday, Parliament voted, 328 to 301, to seize control so it could debate a bill that would attempt to prevent the United Kingdom from leaving the European Union without a plan in place on October 31,” Vox explained. “The vote was greeted with cheers, and cries of ‘not a good start, Boris!’”

In the space of a few hours, the new British prime minister lost his first-ever vote in the House of Commons and his parliamentary majority too.

Like Trump, Johnson likes to make grandiose and populist pledges — but then fails to deliver on them. His demagoguery is perhaps matched only by his incompetence. Is it any wonder then that the comparisons between the U.K. premier and the U.S. president have come thick and fast — including, on occasion, from the two leaders themselves?

Their bromance makes sense: The similarities between the two leaders really are striking — and not just their ridiculous blond hairstyles.

“I was in New York, and some photographers were trying to take a picture of me, and a girl walked down the pavement towards me, and she stopped and she said, ‘Gee, is that Trump?’” Johnson told a British TV interviewer in March 2016. At the time, the then-mayor of London didn’t welcome the comparison, saying that being mistaken for Trump was “one of the worst moments” for him and that he was “genuinely worried” about the prospect of a Trump presidency.

The British prime minister, though, has since become a loud cheerleader for the U.S. president, lauding his “many, many good qualities” and heaping praise on Trump’s economic record.

The narcissist-in-chief in the White House has, of course, returned the compliments, referring to Johnson as “Britain Trump” and describing him as “a really good man.”

Their bromance makes sense: The similarities between the two leaders really are striking — and I’m not just referring to their ridiculous blond hairstyles.

Where to begin? Both men came to power after demonizing immigrants. Trump called Mexicans “rapists” and promised to build a wall to keep them out of the United States; Johnson was one of the leaders of the pro-Brexit, anti-immigration “Vote Leave” campaign and repeatedly suggested that the U.K. would be flooded with millions of Turkish migrants if it remained a member of the European Union.

Both men are also card-carrying Islamophobes. Trump has his Muslim ban and a long history of anti-Islam rhetoric; Johnson once described “Islam as the problem” and compared veiled Muslim women to bank robbers, which led to a spike in Islamophobic hate crimes.

Both of them fail to command popular support. Trump obtained 3 million fewer votes than Hillary Clinton in November 2016; Johnson became prime minister in July after winning the support of only 0.13 percent of the U.K. population.

Both have cynically disregarded democratic norms. In February, Trump declared a bogus “emergency” at the southern border to try and fund the building of his border wall. Last month, Johnson announced that he would be suspending parliament for five weeks, starting September 9, to try and circumvent opposition from British lawmakers to a “no-deal” Brexit.

Both are notorious liars. Trump, according to the Washington Post fact-checkers, has told more than 10,000 untruths since coming to office less than three years ago; Johnson was fired from his job at the Times of London for falsifying quotes, while his former editor at the Daily Telegraph has referred to his “contempt for the truth.”

Both have a long and sordid history of infidelity.

Both are elitists masquerading as populists. Trump received $ 413 million from his father’s real estate empire and lived in a gold, three-story penthouse in Manhattan; Boris is a graduate of the upper-crust schools Eton and Oxford and, of course, a former member of the infamous Bullingdon Club.

On Tuesday, though, one key difference emerged between the men: Johnson still faces resistance on the right. Conservative Member of Parliament Phillip Lee, for example, deprived the prime minister of his razor-thin majority when he walked across the floor of the House of Commons and defected to the Liberal Democrats, the third party of British politics, while Johnson was mid-speech. Then, 21 Conservative MPs, including two former finance ministers and the grandson of Winston Churchill, voted with the opposition to wrest back control of the parliamentary agenda and try and delay Brexit, for which they were promptly expelled from the party. “This is not how any of us expected our careers in the Conservative Party to end,” said former Conservative minister Sam Gyimah, before adding that he was “proud” of his role in helping to halt a “damaging” no-deal Brexit.

The Republican Party has been shamefully complicit in all of Trump’s open bigotry, dishonesty, corruption, and authoritarianism.

Compare and contrast such behavior with that of the congressional Republican Party, which has been shamefully complicit in all of Trump’s open bigotry, dishonesty, corruption, and authoritarianism.

Take the U.S. Senate, where Trump’s former GOP opponents have either left the scene or rolled over. John McCain is dead; Bob Corker and Jeff Flake have retired; Mitt Romney likes to issue pained statements but little else; Ben Sasse long ago went quiet online; and Lindsay Graham and Rand Paul have morphed from Trump critics to Trump apologists. Ted Cruz, whose father and wife were smeared and mocked by Trump, now hosts rallies with the president and gushes over his “achievements on behalf of ordinary Americans” and — don’t laugh — “strong stand against North Korea.”

In the House, Rep. Justin Amash quit the party after becoming the sole Republican to call for the president’s impeachment, but the rest of his (former) GOP colleagues have stayed in the party — and stayed silent. Racist tweets about “the Squad”? See no evil. Crying kids separated from their parents at the border? Hear no evil. Condemning American Jews as “disloyal” and Latino immigrants as invaders? Speak no evil.

These are the spineless sycophants who have allowed a former reality TV star to hijack their Grand Old Party.

In the coming days and weeks, as the Brexit saga continues and a possible general election is held, Johnson could find himself out of a job (which would make him, incidentally, the shortest-serving prime minister in U.K. history). If he’s ousted, leading British Conservatives can justifiably take some credit for it.

As former Obama adviser Ben Rhodes tweeted Tuesday: “Conservative MPs in UK finally standing up to Boris sadly underscores how much conservatives in the US have been cowardly in the face of Trump.”

“Cowardly” might be an understatement. Quivering Republicans have turned the party of Lincoln into a cult of Trump. They are the president’s supine enablers — and history won’t be kind to them.

Digital Health Pass: IBM and Moderna Hook Up to Capitalize on COVID Reset

From the Old City to Tel Rumeida Hill: Israel’s Takeover of Hebron Forges Ahead