Spread the love Fairview, TN — If you read the local headlines last month, and dug no deeper, you would… 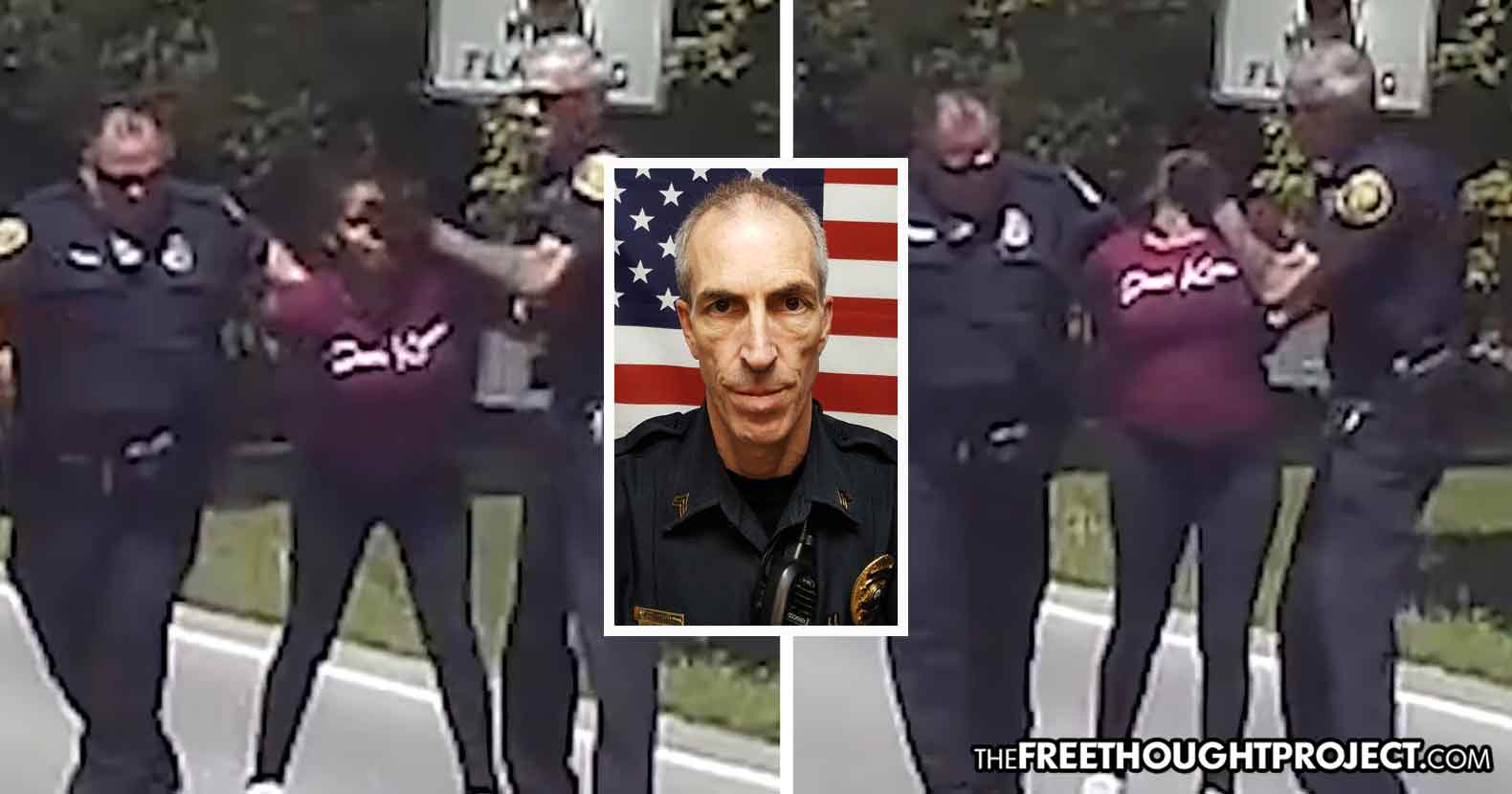 Fairview, TN — If you read the local headlines last month, and dug no deeper, you would see that a cop was fired for “allegedly striking” a handcuffed woman. However, if you watched the body camera footage that was released months after the incident, the word “allegedly” in this application is misleading as there is no question that Fairview officer Kodi Knight hit 36-year-old DUI suspect Aisha Whitaker in her face.

The incident unfolded on August 16, 2019 when officers received reports of a woman driving erratically. That woman was Whitaker who was so intoxicated that a good Samaritan was able to prevent a potentially fatal accident by reaching into her car and removing the keys while she was stopped in the road.

Body camera footage shows Whitaker is, for lack of a better word, wasted, when police arrived on the scene. She is not combative and is only passively resisting due to her drunkenness — a description of the scene shared by Fairview Police Chief Zack Humphreys.

As the two cops handcuff Whitaker without incident and begin walking her back to the patrol car, she stumbles and as she regains her balance, her head turns upward and she may have attempted to spit on the officer. Leading us to believe she did not actually spit on the officer is the fact that Knight never wiped anything off of his face and instead proceeded to wallop the handcuffed woman in her face.

As the video shows, after Whitaker looks at the officer, he strikes her in the mouth before grabbing her throat and yelling at her.

“Who do you think you are spitting on? Do not spit on me again, is that understood?”

Whitaker was then booked on charges of DUI. She never filed a complaint with police over the incident. However, in an rare display of integrity, Chief Humphreys reviewed the body camera footage himself and decided to hold a bad cop accountable.

Humphreys told WKRN that Knights report of the incident described Whitaker as violent and combative — but that was a lie.

“The report states she is combative but after review of the video we could find no evidence that she was combative or fighting the officers,” said Chief Humphreys.

Humphreys also pointed out that although Knight accused the woman of spitting, that he had no basis for his violent retaliation.

“Not that I am aware of. It appears she turns to him. The claim is she spit. But she is cuffed and under control. And we have a policy about striking while handcuffed. That was clearly a violation of policy,” said Chief Humphreys.

Humphreys told local media that officer Knight displayed behaviors inconsistent with their desired goal of policing, so he fired him.

“It does seem like that was retaliatory. We have set a standard here. That is not how we conduct business,” said Chief Humphreys.

According to WKRN, when asked if it would ever be okay to punch a handcuffed suspect, Humphreys said yes, but only under very extreme conditions where an officer’s safety or a citizen’s safety was in question.

And this situation did not warrant the reaction, according to the chief.

“Clearly from the video, this is not one of those instances,” Humphreys said. “We want to set a standard, set it high, and this incident here does not align with those standards.”

After he was fired, the Tennessee Bureau of Investigation referred Knight’s case for prosecution. However, a Rutherford County Grand Jury heard the presentment, but did not return an indictment.

Now, Knight is fighting to get his job back with the department. Last month, Kodi Knight’s attorney Matthew Muenzen released a statement noting:

Due to pending litigation, Mr. Knight is hesitant to speak about the details of his termination as a police officer by the City of Fairview, but he has initiated legal action in the Williamson County Chancery Court to have his termination overturned. He is hopeful that the court will agree that his termination was wrongful and is looking forward to returning to protecting and serving the Fairview Community.

If history is any indicator, the chief’s brave work of firing a violent officer will likely be overturned and Knight will be reinstated with full back pay.

11 of the Most Memorable Acts of Civil Disobedience in History