Spread the love Salt Lake City, UT — The University of Utah Hospital was thrust into the spotlight in September… 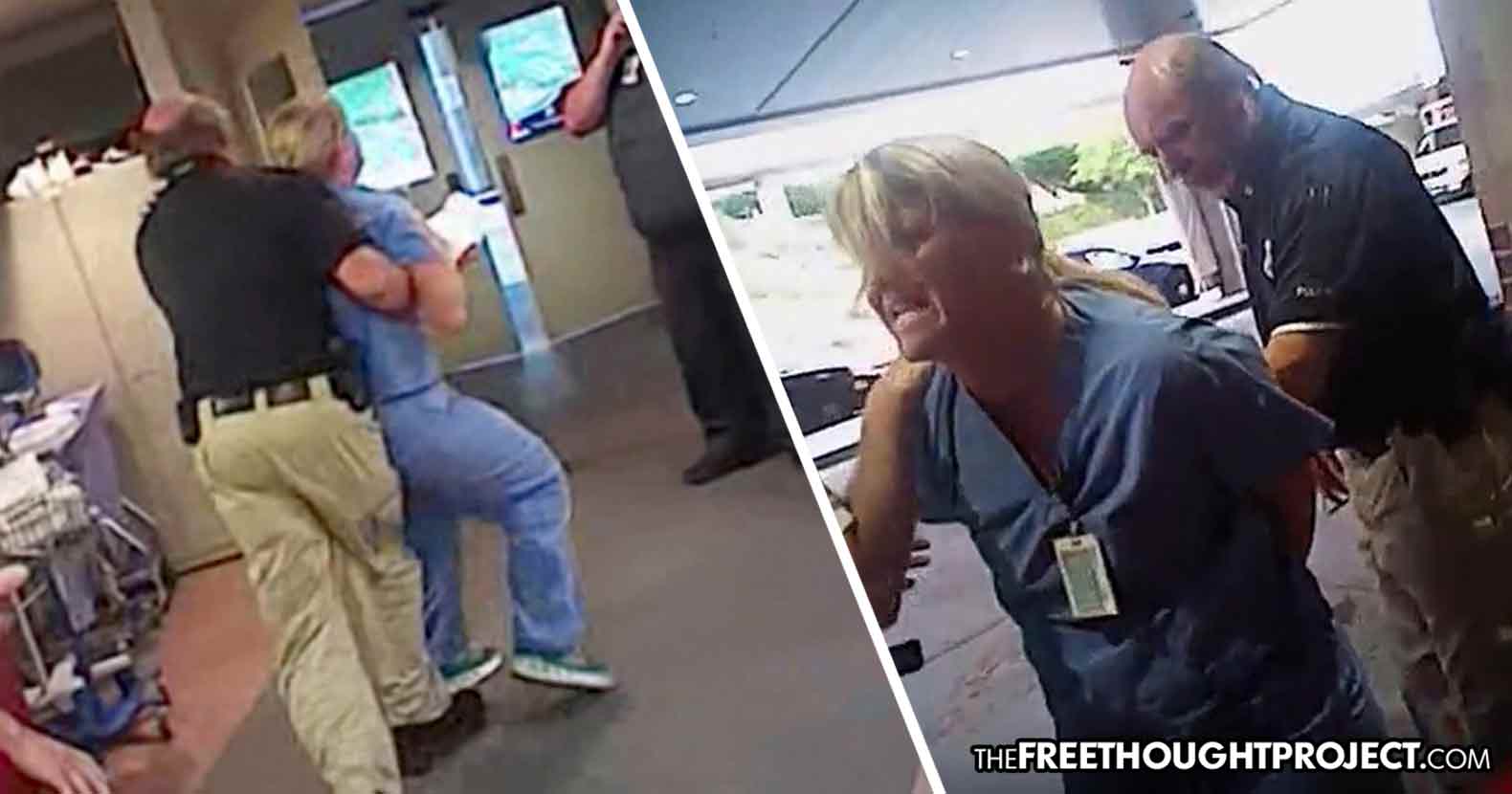 Salt Lake City, UT — The University of Utah Hospital was thrust into the spotlight in September of 2017 after Body Cam footage was released that showed Detective Jeff Payne arrest Nurse Alex Wubbels on July 26. One of the most astonishing aspects of the encounter was that Wubbels did nothing wrong. She was defending the rights of an unconscious patient when police demanded a blood sample from him, and the fact that she told Payne “No” became probable cause for her arrest. Now, after the taxpayers were held accountable — instead of the officer — Payne has been quietly rehired.

Nurse Wubbels and her lawyer, Karra Porter, announced in 2017 that they settled with Salt Lake City and the university that runs the hospital for $ 653,000. After the taxpayers shelled out the cash, Payne got another job with the Weber County Sheriff’s Office.

While Salt Lake City Police claimed they changed their procedures for how police officers interact with medical professionals, it should be noted that a criminal investigation into Payne’s actions was not issued until the video of the encounter went viral—over one month after it happened. What’s more, as this recent hiring illustrates, it had no bearing on his future employment in law enforcement.

According to the Salt Lake Tribune, the county’s human resources office said Payne was hired Aug. 9 to work part time at the jail in a position that does not include benefits. Sheriff’s officials later confirmed that Payne was hired as a “civilian corrections assistant” to work in the medical unit of the jail. According to the report, this is the second time in just weeks that the Weber County Sheriff’s Office has hired a peace officer who was fired from a previous job.

The other officer hired by the sheriff’s department was a former University of Utah detective who was fired for ignoring the concerns of Lauren McCluskey. As TFTP reported at the time, McCluskey was murdered by a deranged stalker after her multiple reports to police were ignored.

As this incident illustrates, police appear to not care at all about Wubbels assault and subsequent kidnapping that fateful night. That’s why, instead of waiting for the local police to take action, the University of Utah Hospital responded by changing its policies and banning police officers from patient-care areas and from direct contact with nurses.

During a press conference in September 2017, Gordon Crabtree, interim chief executive of the hospital, described Wubbels, who is also a former Olympian, as an “Olympic-sized hero” who went above and beyond to protect a patient’s legal rights.

“Alex Wubbels stood firm and upheld hospital policy, patient privacy—she put her own safety at risk to ensure the safety and privacy of the patient. Her actions are nothing less than exemplary,” Crabtree said. “She handled this situation with the utmost courage and integrity. Our hospital continues to offer our full support to Nurse Wubbels, and we extend our appreciation to her for her dedication and her service.”

Crabtree said he was “deeply troubled” by the details of the incident when he received reports of it the morning after it happened. “There is absolutely no tolerance for that kind of behavior in our hospital,” he said.

“To our nurses and staff, this will not happen again,” Crabtree vowed. “And to that end, we are changing and have changed our interface protocols with our law enforcement. A move that I first set in motion within hours of the event with my team has made changes that we have actually implemented over the last several weeks. Our care nurses and staff will not be the first point of contact with law enforcement.”

Margaret Pearce, chief nursing officer for the University of Utah Hospital system, said she was “appalled” by the actions of the officers, and she found their treatment of Nurse Wubbels to be “totally unacceptable.”

Pearce noted that the new policies do not allow police to enter patient-care areas such as the burn unit where Payne encountered Wubbels. When officers do visit the hospital in search of a patient’s blood sample, they will have to deal with “house supervisors.” She said the hope is that not only will similar events not happen again, but that nurses will be able to devote their full attention to the patients they are caring for, without worrying about interference from police.

While the tyrannical way Payne treated Wubbels, and the fact that she is a hero for standing up for her patient’s legal rights, have been addressed, there is one major fact that has not—the reason why the officers were so adamant about obtaining a blood sample from the patient in question.

William Gray, a reserve police officer from Rigby, Idaho, who has since died from his injuries, was the comatose patient whose blood was demanded by the Salt Lake City officers. Gray was working as a truck driver when a car crossed into oncoming traffic and collided head-on with his truck. The driver of the car was the suspect of a police chase.

A statement released by the Rigby Police Department noted that Gray was the victim in the crash and “at no time was he under any suspicion of wrongdoing.” This serves as a reminder that police may have been in search of substances in Gray’s blood that could impair his driving, and leave him with the liability for the crash that occurred as a result of a dangerous police chase.

When contacted about the hiring of Payne, the sheriff’s department stood by their decision to rehire the cop in the video below.

Hopefully, at his new job, Payne doesn’t have access to innocent women who he can abuse and kidnap for respecting the rule of law.

The Rise of Independent Individuals