The gloves were off in the British Parliament this morning, as Prime Minister Boris Johnson and Labour leader Jeremy Corbyn… 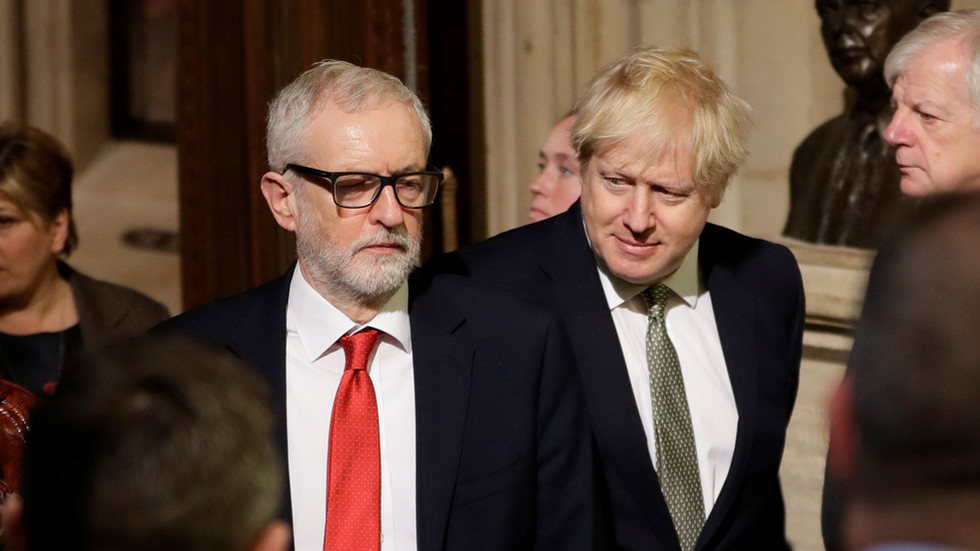 The gloves were off in the British Parliament this morning, as Prime Minister Boris Johnson and Labour leader Jeremy Corbyn traded verbal blows after Corbyn accused the PM of misogyny and “discriminatory” policies.

Corbyn’s seething verbal assault began moments after he called on the Conservative government to pledge over £100 million ($ 128.1 million) in additional funding for the new Domestic Abuse Bill. Without warning and to the clear surprise of the chamber, Corbyn then began dredging up a series of disturbing old quotes from Johnson that depicted him as sexist and chauvinistic.

“The prime minister has made repeated offensive remarks against single mothers and their children. He described them as ‘ill-raised, ignorant, aggressive and illegitimate,’” Corbyn said.

“Against Muslim women, saying they look like ‘bank robbers’ [and] against working women suggesting the best way of dealing with advice from a female colleague is just to ‘pat her on the bottom and send her on her way.’”

Corbyn’s attack continued as he claimed that Johnson’s “offensive words are backed up with offensive and discriminatory policies,” noting that 86 percent of the economic cuts made by recent Tory governments have fallen “disproportionately on women.” Corbyn insisted that this, combined with a falling life expectancy for the poorest women in society, should invoke an immediate apology from Johnson’s government.

Johnson – who could be seen shaking his head in rage at the sudden attack – did not appear to be in an apologetic mood. He immediately fired back.

Boris Johnson and Jeremy Corbyn have clashed in the Commons over action on domestic abuse.’I will take no lessons in sexism from a party where good female MPs are bullied out of their party, just because they had the guts to stand up to the climate of anti-semitism’#PMQspic.twitter.com/vzNhpCBQTR

“I am proud of what this government has done to promote the rights of women,” Johnson shouted. “I am proud we have a record number of female MPs. This is the only party that has produced two female prime ministers.”

Johnson then challenged Corbyn on Labour’s distinct lack of women leaders over the years, suggesting that the Tories are actually the ones who champion female empowerment.

“Wouldn’t it be an amazing thing if that party was to produce a female leader of their own? Don’t hold your breath!” he said.

Looking for that final knockout blow, Johnson referenced the issue of anti-Semitism which has been plaguing Labour’s reputation under Corbyn’s leadership. “I will take no lessons in sexism from a party where good female MPs are bullied out of their party, just because they had the guts to stand up to the climate of anti-Semitism,” he bellowed.

Corbyn and Johnson have a history of launching apoplectic tirades against each other from across the dispatch box. At the end of last year, as Brexit fever ramped up and the UK teetered on the brink of an election, Johnson was reprimanded for calling Corbyn a “great big girl’s blouse” and a “chlorinated chicken.”

Then, following the Conservatives’ landslide election victory in December, Corbyn was criticized for completely ignoring Johnson as the pair walked to the opening of a new parliament session.

At the end of 2019, Corbyn declared that the Labour Party was “the resistance” to Boris Johnson’s government and vowed to get out “on the streets” to fight back against Tory policy.

‘We might get thrown out of NATO’: Twitter baffled & divided over UK govt idea to send warships against EU fishermen