Yesterday the State Department announced the beginnings of yet more sanctions on Iran, this time targeting the country’s financial industry. Secretary… 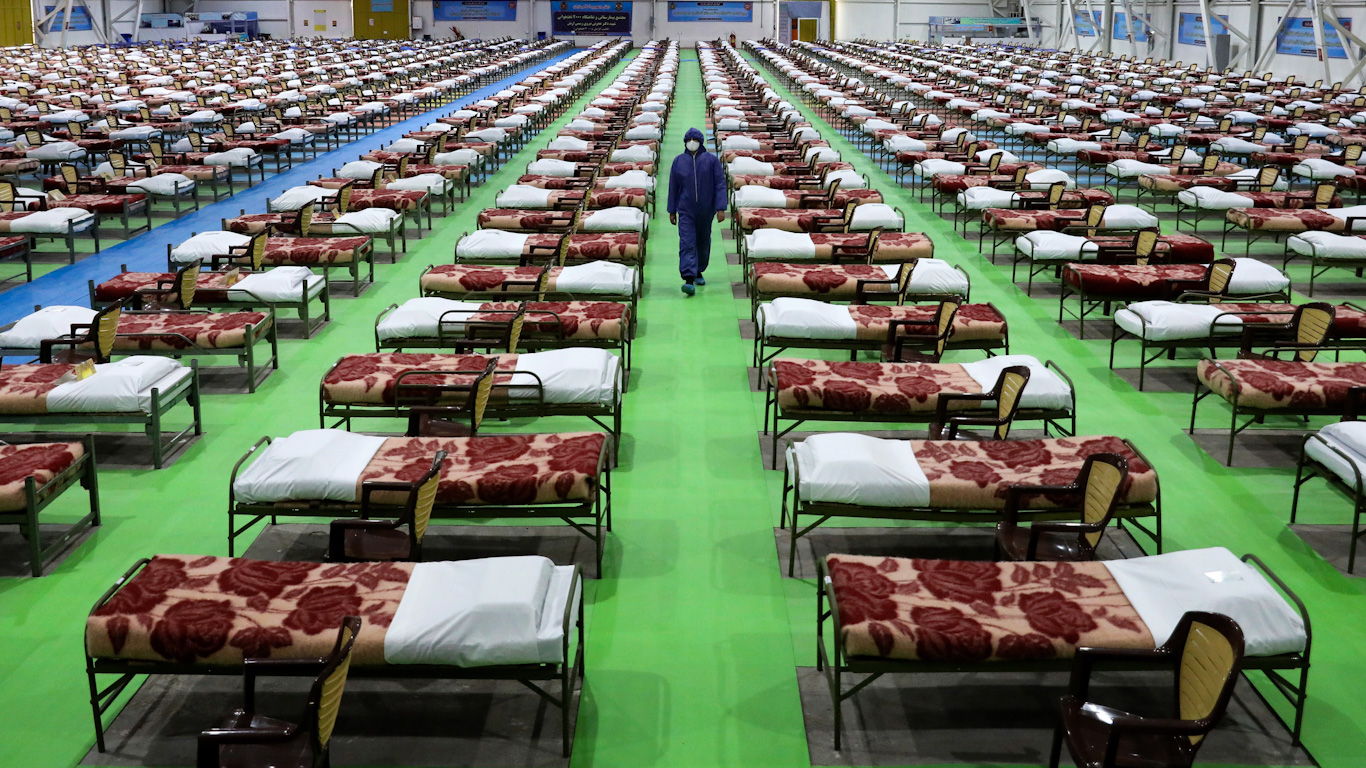 Yesterday the State Department announced the beginnings of yet more sanctions on Iran, this time targeting the country’s financial industry. Secretary of State Mike Pompeo claimed the move was necessary to “further deprive the Islamic Republic of Iran of funds to carry out its support for terrorist activities and nuclear extortion that threatens the world,” adding that his actions were part of a “maximum economic pressure campaign” that will continue until Iran ceases its “malign behavior.”

Pompeo insisted that the sanctions “do not affect existing authorizations and exceptions for humanitarian exports to Iran, which remain in full force and effect.” Yet existing sanctions have already wreaked havoc on the Islamic Republic, killing thousands. Earlier this year, Human Rights Watch condemned the Trump administration for “drastically constraining the ability of the country to finance humanitarian imports, including medicines and medical equipment,” its executive director Kenneth Roth describing Washington as “compounding Iranians’ misery by depriving them of access to the critical medical resources they urgently need.”

Iran was one of the first countries to be hit badly by the COVID-19 pandemic, and the U.S. used the opportunity to cause maximum devastation by intimidating other nations into refusing to sell or donate them medical supplies, lest they be hit with secondary sanctions. As a result, Iran was woefully under equipped to deal with the problem. In the end, the World Health Organization stepped in, sending supplies themselves — part of the reason the Trump administration was so keen to leave the organization. Washington insiders openly discussed using the pandemic to force the Iranian government out of office and implement a regime more suited to their needs.

While the government claims that the sanctions are “directed at the regime and its corrupt officials that have used the wealth of the Iranian people to fuel a radical, revolutionary cause that has brought untold suffering across the Middle East and beyond,” it is widely understood that the attack on the banking center will affect Iran’s ability to function and even purchase basics like food from abroad.

The National Iranian American Council (no lovers of the current administration in Tehran) condemned the action as “heartless and sadistic,” claiming the sanctions were explicitly designed to “choke off humanitarian exports to Iran” and displayed the cruelty of the Trump administration. “It is critical that the American people and our elected representatives put an end to this cruel, inhumane, and strategically catastrophic suffering and humiliation that is being imposed on innocent Iranians in our names,” they concluded.

“I don’t know how many times I have to read a headline about #Iran that breaks my heart. Why are the lives of Iranians disposable? Do we not have compassion for the hurt, the pains, the struggles of the people of Iran? Why must we be so callous?” asked Leila Gharagozlou, a producer at MSNBC.

I don’t know how many times I have to read a headline about #Iran that breaks my heart. Why are the lives of Iranians disposable? Do we not have compassion for the hurt, the pains, the struggles of the people of Iran? Why must we be so callous?https://t.co/DHmWdje5AG

“Contrary to the US claims, humanitarian goods and services are affected by the cruel sanctions. Financial institutions fear the US vengeance, which is why the financial channels created to facilitate transactions for humanitarian commodities, have had no tangible results,” said Mohammad Zareyian, an Iranian representative at the United Nations General Assembly.

The sanctions have already caused serious hardship on Iran, sending the prices of consumer goods soaring and the value of its currency, the rial, plummeting. Like in Venezuela, oil production has sputtered, as the Islamic Republic can find few buyers for its main national export. The price of food has also become a serious issue for many. “The sanctions deliberately target ordinary Iranians, women and children,” Seyed Mohammad Marandi, Professor of English Literature at the University of Tehran told MintPress last week. “They are designed to kill hospital patients and to create poverty. They have had partial success.”

The U.S. has dreamed of a change of government in Tehran since the Iranian Revolution in 1979 overthrew the American-backed Shah and installed Ayatollah Khomeini as leader. To that end, it has propped up dictators like Iraqi president Saddam Hussein, fomented protest movements, supported virtual shadow governments like the MEK, and imposed suffocating sanctions on the nation.

Earlier this year, Trump assassinated top general Qassem Soleimani as he was attending regional peace talks in Baghdad. In the summer it imposed new “snapback” sanctions on Iran for its refusal to comply with the nuclear deal, despite the fact that the U.S. had already walked away from the same deal. In August, Trump appointed disgraced Iran-Contra hawk and regime change specialist Elliott Abrams as his chief advisor on Iran, a signal to all those paying attention that increased hostilities were in the offing.

There is speculation that Trump will attempt to increase hostilities with Iran before the election, provoking an international incident. If that is the case, these sanctions are merely a prelude to something bigger.

Feature photo | A member of the Iranian army walks past rows of beds at a temporary 2,000-bed hospital for coronavirus patients set up by the army at the international exhibition center in northern Tehran, Iran, March 26, 2020. Ebrahim Noroozi | AP