The popular Dover mural by the elusive artist Banksy has been covered in scaffolding and white paint, prompting fears it… 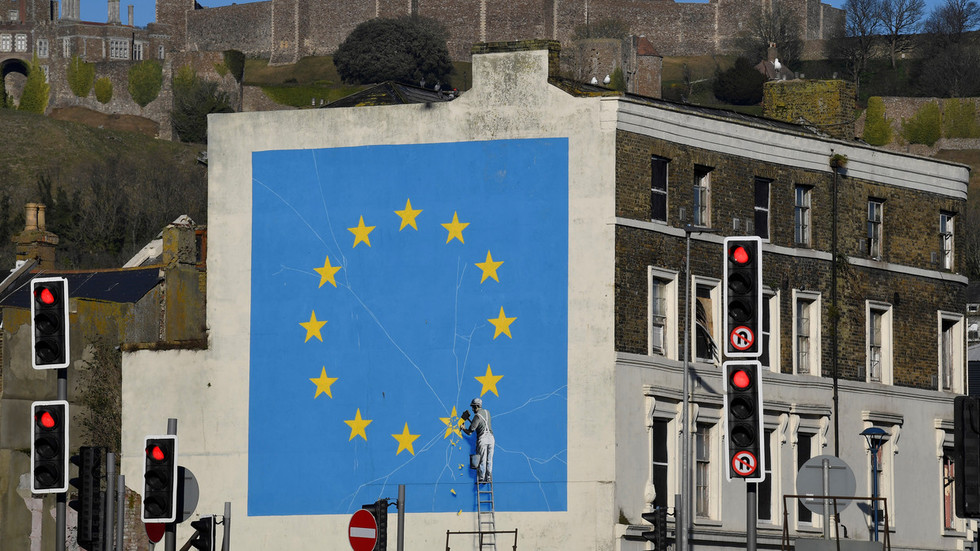 The popular Dover mural by the elusive artist Banksy has been covered in scaffolding and white paint, prompting fears it might be destroyed or sold. The street artwork could fetch up to £1million, according to some estimates.

The enormous blue EU flag with one star being chipped off appeared on an old building near Dover ferry terminal in May 2017 amid heated Brexit debates. It is one of the largest ports connecting the UK to the continent. Banksy, whose real identity remains unknown, confirmed it was his creation on his Instagram account.

Terrible. It was still on Friday afternoon but noticed there was fenciing round the site. . It’s an act of vandalism and cretinism. I guess it was deliberate. I think mural has been an embarrassment to the Council and they’ve wanted to demolish the buildings it was attached to.

When residents of Dover discovered scaffolding covering the painting, some expressed horror and fear that it might be destroyed, with one calling it “vandalism of the highest order.”

It’s unclear who ordered the scaffolding to be erected. The building itself was to be destroyed. But when the painting appeared, its owners, the Godden family, said they were “exploring options for the retention, removal or sale” of the artwork. The mural could fetch up to £1 million ($ 1.2 million), but removing and transporting it would be rather complicated.

The Goddens lost a court battle to sell another of Banksy’s murals, the Art Buff, that appeared on their property in Folkestone in 2014. The High Court ruled it was public property.