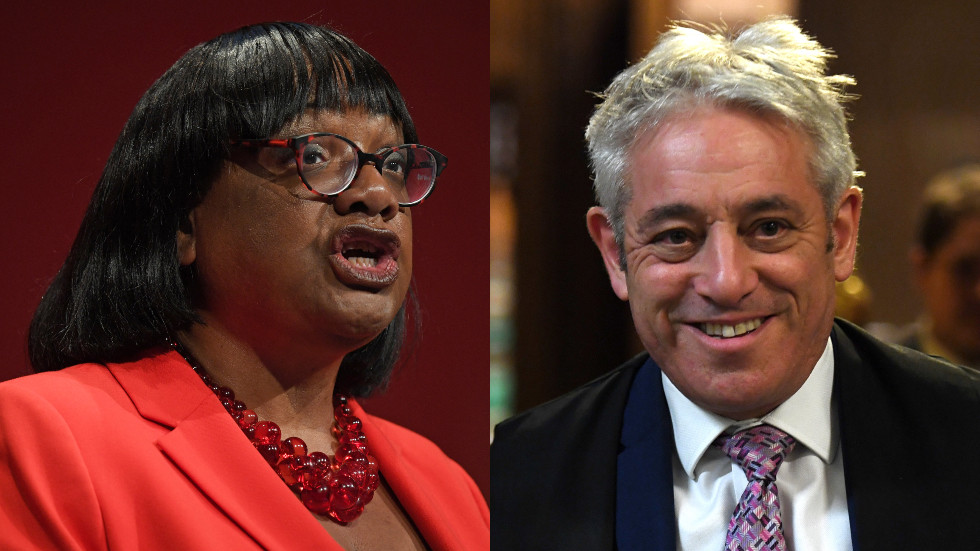 Labour’s Diane Abbott has sparked an online backlash after suggesting bullying claims made against ex-House speaker John Bercow were “unlikely” because the accuser was an ex-military officer and, she says, immune to such behavior.

David Leakey, a former ‘Black Rod’ – whose main responsibility was to control access to and maintain order within the House of Lords – has said he is filing an official complaint against Bercow for “bullying, intimidation and unacceptable behavior.”

Bercow has rejected the allegations levelled against him, branding them “total and utter rubbish.”

In a since-deleted tweet, Labour’s shadow home secretary appeared to cast doubt on the legitimacy of Leakey’s claims. Abbott contended that it was “unlikely” the former Black Rod could have been a victim of bullying through intimidation or coercion, because he had been a “Lieutenant General who served in Germany, Northern Ireland and Bosnia.”

Abbott’s remarks drew an angry response from those on social media who questioned her assertion that both active and former military personnel could not be susceptible to the damaging effects of bullying.

“Soldiers don’t get a special blanket protecting them from feeling the impact of bullying and harassment, Diane,”tweeted one person. Another asked why Abbott would “say something so patently ill-considered,” suggesting those in the military are not “immune to bullying.”

However, the Labour MP for Hackney North and Stoke Newington did get backing from other quarters on social media, with some suggesting Leakey’s actions were “revenge” for Bercow having done “his job properly” as house speaker.

Expanding further on Bercow’s alleged behavior, Leakey claimed on BBC Radio 4’s Today program on Wednesday that “he would fly into a rage, the red mist would descend and he would be jumping up and down and bawling out, and shouting insults.”

Bercow stepped down as house speaker in October after 10 years in the role following a number of controversial ‘run-ins’ with British MPs, who accused him of being too much of an EU ‘Remainer’ in the Brexit debate.