Moscow, Russia Vlad Putin once again hosted a meeting of the World Dictators. The main rule to be a member… 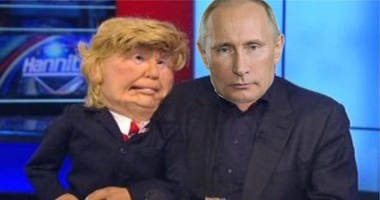 Moscow, Russia Vlad Putin once again hosted a meeting of the World Dictators. The main rule to be a member is you must be the head of a country rated “Not Free” by the Freedom House. Presently, there are 50 qualifiers, some more famous like Daniel Ortega, the Sultan of Brunei, and Kim Jong-Un, and the rulers of such diverse countries as Ethiopia, Algeria, China, Oman, Congo, Syria, Angola, United Arab Emirates, Saudia Arabia, and many more!

Putin began the meeting as they have for the last 16 meetings – anyone who Trump has spoken to since the last meeting, has the floor. After they relate the latest groveling of Trump, the whole assemblage laughs for about an hour straight. When they're done, they eat a lot, and set the time for their next meeting.