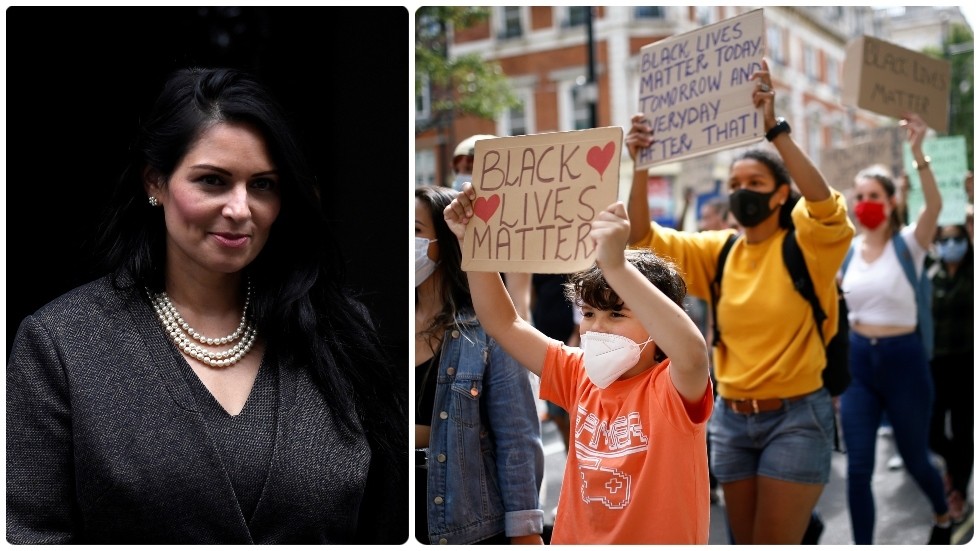 UK Home Secretary Priti Patel has said it is racist for minority MPs to dismiss her experiences of racism as an attempt to gaslight the British public amid ‘Black Lives Matter’ protests in the country.

Patel, who is of Indian origin, told interviewer Sophy Ridge on Sunday that her accusers were apparently having a problem with her not conforming “to their preconceived idea or stereotypical view of what an ethnic minority woman should stand for and represent.”

“In my view, that in itself is racist,” the home secretary continued. “So it’s very disappointing and I’ve made it quite clear I’m not going to dignify that letter any further.”

Also on rt.com ‘But protests are OK?’ UK government raises eyebrows with threat to close beaches at height of summer

Patel’s remark was in reference to a letter signed by 32 Labour Party MPs earlier this month, in which they accused Patel of using her “heritage and experiences of racism to gaslight the very real racism faced by black people and communities across the UK.”

The signatories, who are all black, Asian and minority ethnic (BAME), said their experiences “allow us to show solidarity towards a common cause; they do not allow us to define, silence or impede on the feelings that other minority groups may face.”

The letter came after Patel spoke during a parliamentary session, at which the opposition accused the government of failing to feel the public anger over structural racism.

The secretary responded by recalling how she had been racially slurred in her life, including by liberal media. “When it comes to racism, sexism, tolerance or social justice, I will not take lectures from the other side of the house,” she said during the debate.