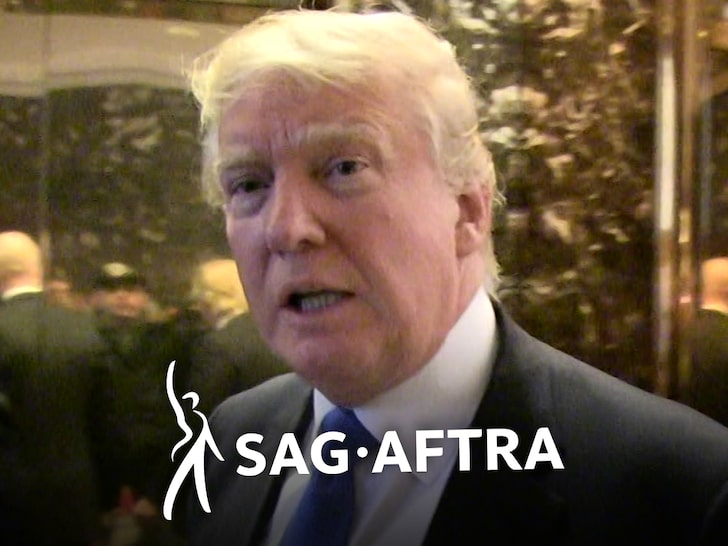 Donald Trump‘s in jeopardy of losing another vote — this one with Hollywood’s labor union — and it could cost him a return to his beloved ‘Apprentice.’

Trump is facing expulsion from SAG-AFTRA, with the union’s board of directors set to gather Tuesday for a special session that could decide DT’s fate … according to Deadline.

There’s a lot riding on Tuesday’s meeting regarding possible disciplinary action for Trump … if he’s expelled from the Screen Actors Guild, he couldn’t do “The Apprentice” again.

As you know, Trump starred in “The Apprentice” and ‘Celebrity Apprentice’ before becoming President, and he’s been a union member since 1989.

Trump’s expulsion requires a two-thirds vote from the national board, and Tuesday’s emergency meeting is just the first step in a long process, which includes a hearing on the charges he’s facing.

The SAG-AFTRA Constitution says members can be expelled or suspended for “engaging in actions antagonistic to the interests or integrity of the union.” Trump’s repeatedly labeled the media an enemy of the people, but the insurrection seems to be the tipping point here.