Washington: US President Donald Trump will announce on Tuesday whether he will pull out of the Iran nuclear deal or… 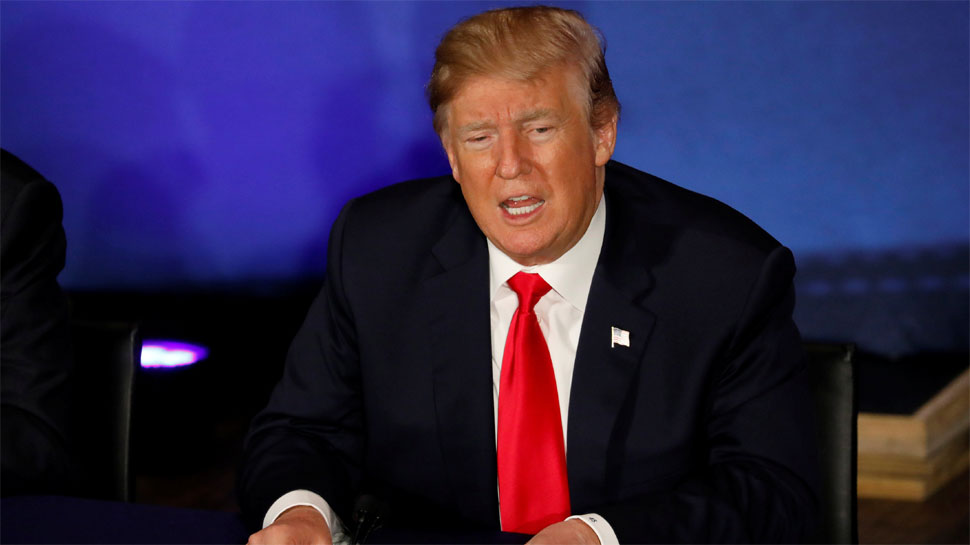 Washington: US President Donald Trump will announce on Tuesday whether he will pull out of the Iran nuclear deal or stay in and work with the European allies. Trump has consistently threatened to pull out of the 2015 agreement.

I will be announcing my decision on the Iran Deal tomorrow from the White House at 2:00pm.

The Iran deal, negotiated during the administration of Trump’s Democratic predecessor, Barack Obama, eased economic sanctions on Iran in exchange for Tehran limiting its nuclear program. But the US President has called it the “worst deal ever negotiated” and he wants Britain, France and Germany – which also signed the pact along with Russia and China – to toughen up the terms.

Under the deal, known as the Joint Comprehensive Plan of Action (JCPOA), the US committed to ease a series of US sanctions on Iran and it has done so under a string of “waivers” that effectively suspend them.

Meanwhile, Reuters reported that European leaders have warned that a US withdrawal would undo years of work that led to and sustained a landmark deal that has kept nuclear weapons out of Iran`s hands. France, Britain and Germany have been urging the US not to back out, while agreeing that more needs to be done to curb Iran’s ballistic missile development and what it calls its destabilising policies in the Middle East.

British Foreign Secretary Boris Johnson made the rounds in Washington on Monday, including talks with Vice President Mike Pence and Secretary of State Mike Pompeo.

I had a fantastic afternoon in the White House yesterday, seeing the real spectrum of UK-US cooperation & discussing everything from the Syria crisis to the need for global women’s empowerment with @VP Pence, @IvankaTrump and Jared Kushner pic.twitter.com/rpRomS5Rmc

On the other hand, as per AFP, French Defence Minister Florence Parly told RTL radio that Paris will continue to push for a broader deal aimed at ensuring Iran complies with a landmark 2015 deal curbing its nuclear programme, “whether the US participates or not”. “This agreement is not the best one in the world. But without being perfect, it still has its virtues… And they (the Iranians) are respecting it,” she said.

Financial markets are also watching Trump’s decision closely. On Monday, oil prices broke above $ 70 a barrel to their highest level since late 2014. Should Trump pull the US out of a multi-nation agreement on Tehran`s nuclear programme, Iranian crude exports might be affected.

Ready for any scenario, says Iran:

On the other hand, Iran has suggested that its economy would not be hurt whatever happened. “We are prepared for all scenarios. If America pulls out of the deal, our economy will not be impacted,” central bank chief Valiollah Seif said on state television, as per Reuters.

“One man in one country might create some problems for us for a few months, but we will overcome those problems,” President Hassan Rouhani also said in televised remarks. “If we are under sanctions or not, we should stand on our own feet. This is very important for the development of our country,” he added.

“The foundation of our foreign policy is constructive relations with the world,” Rouhani further said.

Iran’s Rial is at a near-record low against the dollar in the free market as Iranians tried to buy hard currency, fearing financial turmoil if Trump quits the deal.

Can President Trump be removed from office or banned from politics altogether?