Washington and Westminster politics seemed to merge on Monday, as Donald Trump arrived in London for a state visit —… 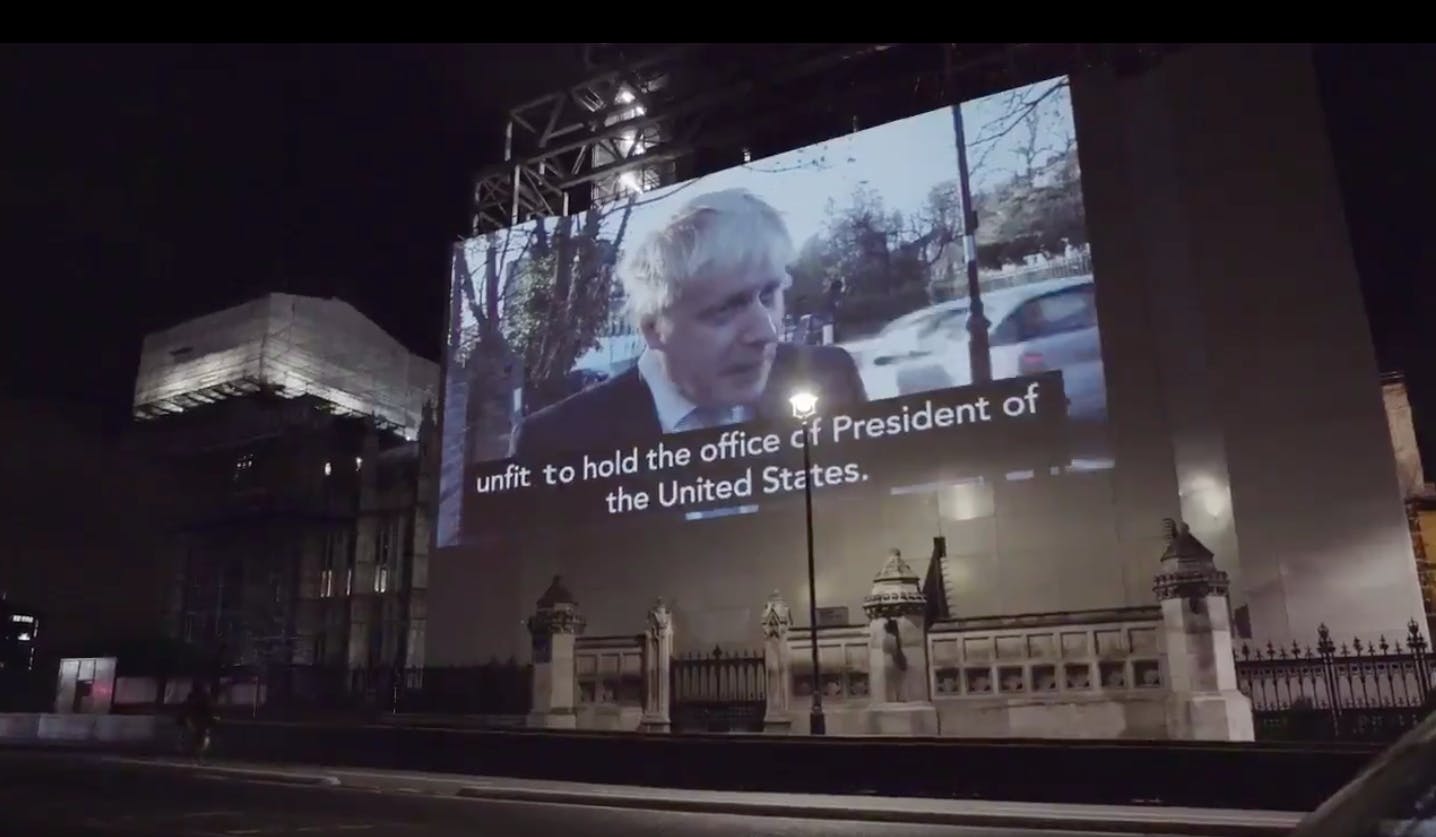 Washington and Westminster politics seemed to merge on Monday, as Donald Trump arrived in London for a state visit — tweeting insults from Air Force One at the city’s mayor, Sadiq Khan — just as Boris Johnson, described by the American president as “a friend of mine,” officially launched his campaign to become the country’s new prime minister.

Before his trip, Trump had warm words for Johnson in an interview with The Sun, Rupert Murdoch’s British tabloid. Asked if he would look forward to working with a Prime Minister Boris Johnson, Trump suggested that he would, in part because, “he has been very positive about me.”

Those comments suggest that Trump has forgotten or just never heard that Johnson had, in fact, denounced him as “clearly out of his mind” in late 2015, when the then-candidate for the American presidency first called for “a total and complete shutdown of Muslims entering the United States.”

“You can’t ban people going to the United States in that way, or indeed to any country,” Johnson, who was then London’s mayor, told a television crew two days after Trump suggested closing America’s borders to Muslims in a campaign speech on December 7, 2015.

Referring to Trump’s subsequent claim that his ban was justified because immigrants had made parts of London off-limits to non-Muslims, including police officers, Johnson went on to say that Trump was “betraying a quite stupefying ignorance that makes him frankly unfit to hold the office of president of the United States.”

“I would invite him to come and see the whole of London and take him round the city,” Johnson added, “except that I wouldn’t want to expose Londoners to any unnecessary risk of meeting Donald Trump.”

Hoping to draw Trump’s attention to those comments, a group of anti-Brexit activists projected the video of Johnson mocking him onto the base of Big Ben on Sunday night and invited the American president to watch.

In fact, given how broadly unpopular Trump is in the U.K., the video of Johnson denouncing him in 2015 could help the English politician, who would like to remind voters that he was a relative moderate on social issues before lurching to the right to appeal to anti-immigrant sentiment during and after the 2016 Brexit campaign.

The campaign video Johnson released on Monday features him with an array of ethnic minority supporters, and focuses less on the challenge of leaving the European Union than on kitchen-table issues, like tax cuts, funding for schools and his support for the police policy of stop and search during his tenure as London’s mayor.

In his campaign video, Johnson promises “to support our fantastic NHS,” a reference to the beloved National Health Service which provides universal coverage to all Britons but has been undermined by funding cuts. He wisely declined to repeat the false claim he made repeatedly during the Brexit campaign, that the U.K. would have an additional 350 million pounds (about $ 440 million) a week to invest in the NHS once it left the European Union. The actual figure is much lower, and Johnson was recently ordered to appear in court to face charges of misconduct in public office for making the false claim in 2016.

Johnson also made no mention of the fact that Trump’s ambassador to the U.K. confirmed this week that any post-Brexit trade deal with the U.S. would likely require the U.K. to open up the NHS to American pharmaceutical and health insurance companies.

Johnson’s successor as London mayor, Sadiq Khan, wrote on the eve of Trump’s visit that it was “un-British to be rolling out the red carpet this week for a formal state visit for a president whose divisive behaviour flies in the face of the ideals America was founded upon — equality, liberty and religious freedom.”

“A closest ally is akin to a best friend,” Khan argued in an interview with Sky News. “Of course you stand shoulder to shoulder with them in times of adversity, but you’ve got to call them out when you think they’re wrong.”

From rolling back women’s reproductive rights to defending white supremacists and far-right nationalists – President Trump’s behaviour flies in the face of ideals America was founded upon.

As the US’s closest friends we have a duty to speak out. #Ridgepic.twitter.com/pYDBvh1dU4

Ahead of March for Our Lives, Parkland Student Manifesto Outlines Steps to End “Plague of Gun Violence”