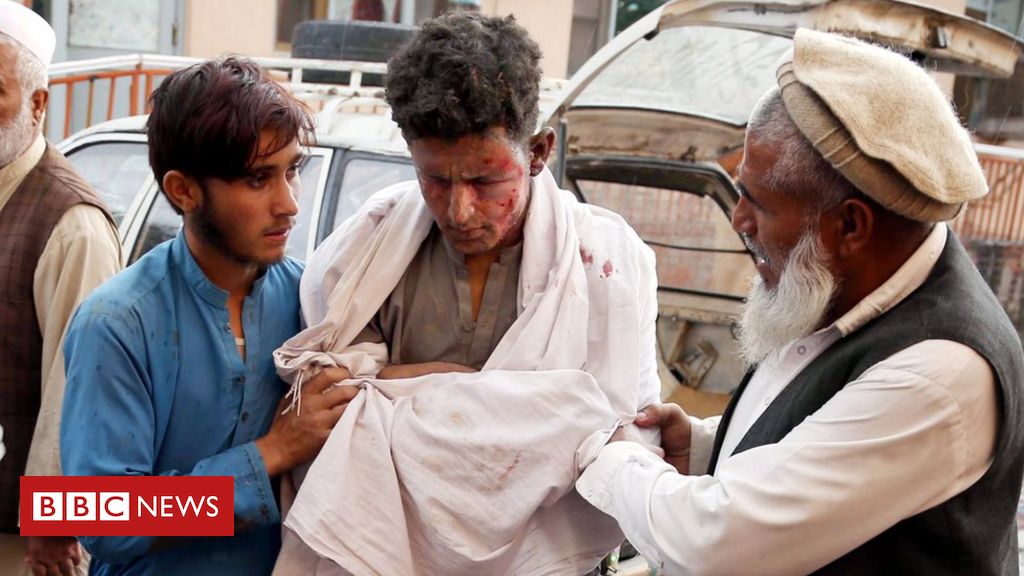 At least 62 people have been killed and dozens injured by a bomb during Friday prayers at a mosque in Afghanistan, according to a provincial spokesman.

The force of the blast, in eastern Nangarhar province, destroyed the building’s roof, eyewitnesses said.

No one immediately claimed responsibility for the attack.

The blast came just hours after the UN said the number of civilian deaths in the war-torn country had reached unprecedented levels over the summer.

According to the UN, 1,174 civilians were killed between July and September, with July being the deadliest month for a decade.

A BBC study which attempted to document every killing during the month of August found a fifth of all those who lost their lives were civilians.

Attaullah Khogyani, the provincial governor’s spokesman, told the BBC that the 62 people killed and 36 more injured in Friday’s attack were worshippers.

The mosque sits in the district of Haska Mina, about 50km (30 miles) from the provincial capital Jalalabad.

Eyewitnesses reported hearing a loud explosion, before the roof of the mosque caved in.

“The number of casualties may rise as the rescue team and people are working to bring out the bodies from the rubble,” Sohrab Qaderi, a member of the provincial council in Nangarhar, told the Reuters news agency.