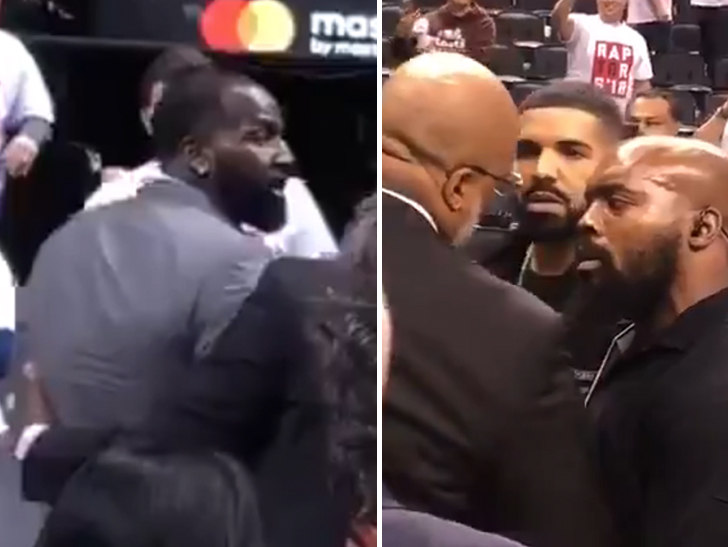 Drake‘s beef with NBA player Kendrick Perkins went from 0 to 100 real quick … the two shouted at each other during the Raptors vs. Cavs game — with Drake reportedly calling him a “f***ing p*ssy.”

The two started exchanging words at halftime … with things getting so heated one of the Cavs players was holding Drake back.

Things continued after the game when Drake shouted to Perkins that he’s a “f***ing p*ssy” and challenged him to come out of the tunnel, according to the Toronto Star’s Bruce Arthur.

After the game, Perkins told ESPN’s Adrian Wojnarowski, “What happened was I was talking to my old teammate Serge [Ibaka] walking into halftime telling him ‘We about to win this game,’ and Drake butted in talking sh*t to me. So I said something back to him.”

Drake’s a Raptors superfan — but he’s also friends with a ton of NBA stars.

Interesting to see how this all plays out …