Iain Duncan Smith is being roundly roasted for claiming that Brexit is an opportunity to ‘remake’ Britain like the Reformation,… 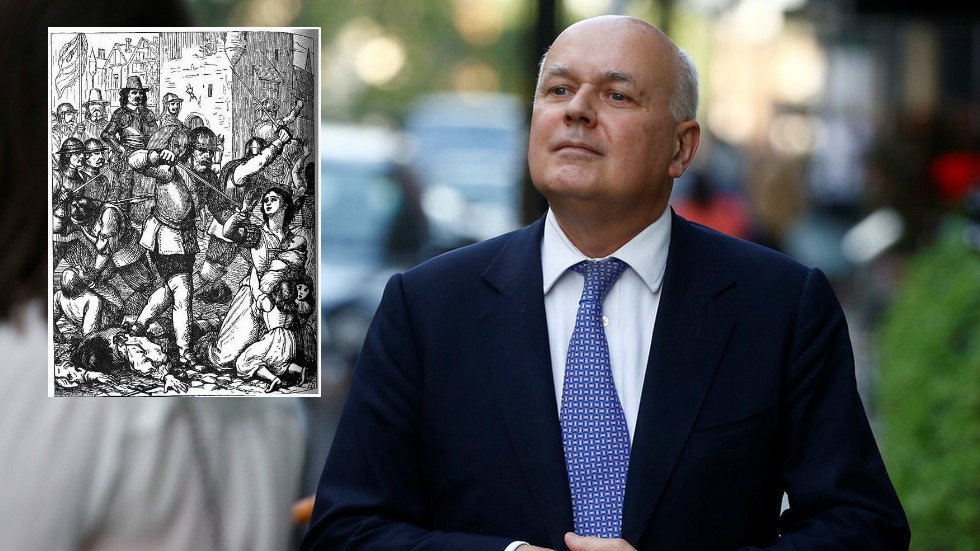 Iain Duncan Smith is being roundly roasted for claiming that Brexit is an opportunity to ‘remake’ Britain like the Reformation, but failing to mention that the Reformation sparked two centuries of religious wars in Britain.

The former Conservative Party leader argued in a column in the Telegraph that the 16th century movement, which saw the Church of England separated from the Roman Catholic Church, “was the making of modern Britain” and Brexit is a “similar opportunity.”

“I believe Brexit is about us breaking from Rome again. It will become a release in a similar way and if the government believes in the incredible capacity of the British people,” he writes.

That world view, however, is being called into question by historians who accused Duncan Smith of abusing history “in the name of [his] simple-minded prejudices.”

Labeling IDS a “dunce,” Professor Simon Schama pointed out that, far from being a British phenomenon, the Reformation was a pan-European movement and it led to two centuries of religious civil war in Britain. Historian and author Greg Jenner shared a picture of the article’s headline with the caption: “Stop the world, I want to get off.”

Others noted some small details from the era, including millions of deaths, people being burned at the stake, and economic devastation. “Decades of wars – civil and foreign – discrimination and sectarianism (still extant) – yes, it was the zenith of human achievement. Where did this twit learn history?” commenter Rick Light asked.

Brexit provides opportunities similar to the REFORMATION -a religious civil war that led to:

The viral outrage soon inspired others to start cracking Reformation jokes and posting tweets extolling the virtues of the Black Death. “The Black Death was a turning point in Europe, Brexit has the capacity to be the same,” one commenter quipped.

Duncan Smith’s “bizarre” interpretation of history aside, the Telegraph itself came under fire for their recent string of Brexit articles with a perceived agenda. Another article featuring IDS, published Thursday, accused Bank of England boss Mark Carney of being the “architect and promoter of Project Fear” after the bank slashed its growth forecast down .3 points to 1.3 percent for both this year and next.