Nigel Farage has confirmed that he will not be running for office in the upcoming British general election, saying that… 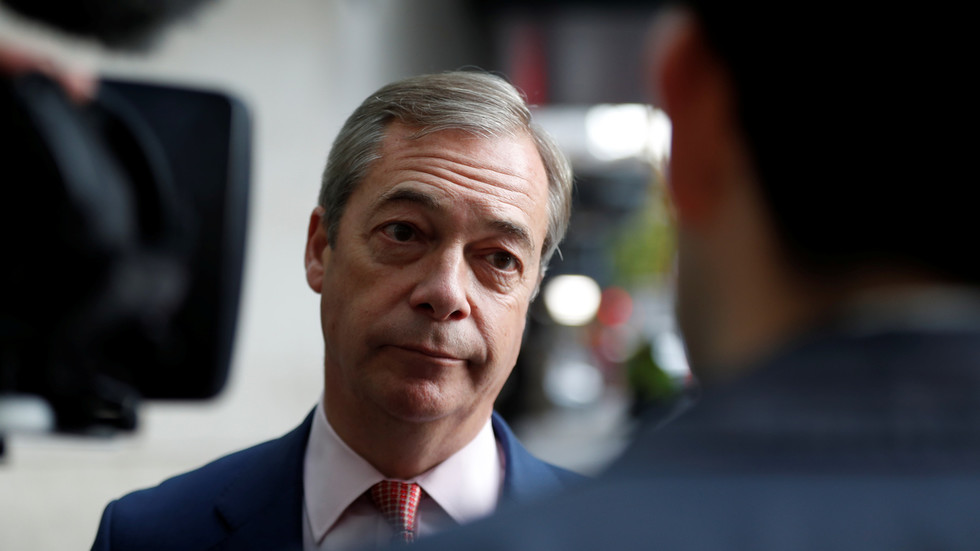 Nigel Farage has confirmed that he will not be running for office in the upcoming British general election, saying that he will instead concentrate on leading the Brexit Party campaign.

Late last week, the hard-Brexit backer declared his party would run a candidate in every constituency unless Prime Minister Boris Johnson dropped his EU divorce deal and created an election “leave alliance” with the Brexit Party within a fortnight.

The Tory leader rejected the offer outright on Friday though, saying the deal is “oven-ready” and needs to be put through as quickly as possible.

Also on rt.com PM Johnson ‘rules out’ pact with Farage, saying it would only benefit Corbyn

Currently an MEP, Farage has run for election to the House of Commons seven times but was not successful in any of those bids. Speaking to the BBC’s Andrew Marr on Sunday, Farage said he had thought “very hard” about his options for the December 12 election and how he can “serve the cause of Brexit best.”

“Do I find a seat? Try to get myself into Parliament? Do I serve the cause better traversing the length and breadth of the United Kingdom supporting the 600 candidates?” he added. “And I’ve decided the latter is the right one.”