Yesterday, federal district Judge Douglas Cole of the the Southern District of Ohio issued a decision barring enforcement of the… 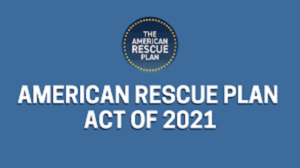 Yesterday, federal district Judge Douglas Cole of the the Southern District of Ohio issued a decision barring enforcement of the “tax mandate” requirement in the American Rescue Plan Act of 2021 (ARPA)—the “stimulus” bill enacted in March. The key to Judge Cole’s thorough opinion is that the tax mandate condition is extremely vague, and therefore runs afoul of longstanding Supreme Court precedent requiring that conditions imposed on state governments receiving federal funds must be clear. The judge also rejected the argument that the necessary clarity could be provided by the Treasury Department, which issued an Interim Final Rule (IFR) attempting to clarify the condition.

Co-blogger Jonathan Adler has already posted a detailed analysis of the ruling. I agree with nearly everything he says, but would add  a few points.

First, it’s important to recognize how extraordinarily vague the tax mandate provision really is. In a previous post about the case, I noted that the text leaves several key points unclear, including 1) how we calculate whether a tax cut causes “a reduction in the net tax revenue,” 2) whether it applies to previously enacted tax cuts that only take effect during the covered period, and 3) whether, if a state violates the condition, it stands to lose all of its ARPA grant money or only the part “offset” by the “reduction in net tax revenue.”

Judge Cole picks up on some of these ambiguities, and more:

Start with the text:

(A) IN GENERAL.—A State or territory shall not use the funds provided under   this section … to either directly or indirectly offset a reduction in the net tax revenue of such State or territory resulting from a change in law, regulation, or administrative interpretation during the covered period that reduces any tax (by providing for a reduction in a rate, a rebate, a deduction, a credit, or otherwise) or delays the imposition of any tax or tax increase.

….[P]arts of that language are clear. “Change in law,” for example, refers to new laws. Likewise, the definition of “reduc[ing] any tax,” is sufficiently clear….

But,…. beyond that is where things get tricky. That is particularly true when it comes to “indirectly offset[ting] a reduction in the net tax revenue.” That phrase raises a host of interpretive problems. Start with this—the notion of “reducing net tax revenue” necessarily assumes some baseline….

[T]he statutory language itself provides no mechanism for determining whether a State’s net tax revenues are “reduced” or not….

Relatedly, the statutory language does not explain whether the prohibition applies
to expected tax revenues, or actual tax revenues. In other words, when Ohio
legislators enact a lower rate on a given tax, they may do so based on a belief that
actual tax collections will go up…  Or, even more likely, the Ohio legislature may enact a package of tax changes, with an anticipation that the changes, overall, will be revenue neutral or revenue enhancing. But plans are one thing, and actual tax receipts are another….

That on its own would be bad enough, but ARPA then lumps “indirectly offset”
on top. In its previous Opinion, the Court observed that it could not ascertain what
an indirect offset may (or may not) be. And the Court was not alone in that. At oral
argument on the motion for preliminary injunction, the Secretary declined to take
any position on that term either. Perhaps unsurprisingly, Ohio too expressed confusion
regarding the contours of the phrase.

The Secretary’s more recent briefing on the permanent injunction does not resolve
the Court’s confusion regarding that term….

And it bears noting that the ambiguity at issue here is a particularly troubling
type of ambiguity. Based on the Tax Mandate’s language, the Secretary could deem
essentially any reduction in the rate of any one or more state taxes—even if other tax
rates were increased—to be a “change in [tax] laws” that results in an “indirect[]
offset [of] a reduction in [Ohio’s] net tax revenues.” 42 U.S.C. § 802(c)(2)(A)….

The bottom line is this—in its previous Opinion, the Court identified aspects
of the Tax Mandate that were too ambiguous, at least based on a first look, to pass
Spending Clause muster. The Secretary’s subsequent briefing fails to convince the
Court otherwise.

The Treasury Department clears up most of the ambiguity and the resulting policy strikes me as very reasonable. But, as Jonathan Adler explains, the court ruled that Congress had not delegated to the Treasury the power to make such determinations. Assuming that it did so without a clear statutory statement to that effect goes against the “major questions” doctrine, which creates a presumption against assuming that Congress empowers executive agencies to decide major policy issues. What exactly qualifies as a “major” question as opposed to a “minor” one is often far from clear. But Judge Cole does a great job of explaining why this situation is clearly on the “major” side of the line.

He also offers some compelling analysis showing that Congress did not delegate this issue to the Treasury:

The Spending Clause entitles the States to clarity regarding the strings attached to federal funding. Against that backdrop, if Congress had intended merely to sketch out in broad brushstrokes the terms of the proposed conditional spending deal, and then have an agency complete the drafting, presumably Congress would have adopted a delayed effective date, or something of the sort, so that this additional work could have been done before presenting the offer to the States. For example, Congress could have provided that the Treasury Department would have 180 days to draft the regulations necessary to implement the Tax Mandate, at which time States could then decide whether to certify their acceptance. In that way, Congress could have ensured that the requisite clarity was present at the outset of State eligibility for the conditional funding.

Under ARPA as written, though, States were authorized to send in certifications immediately upon the effective date of the Act. That is strong evidence that Congress considered the terms of the deal to be complete as of that date.

Further confirming this view, without something like a delayed effective date, the conditional-spending offer here—which included the Tax Mandate, but not yet the regulations—violated the Constitution when first presented to the States. It is one thing to rely on an agency’s drafting efforts to avoid a constitutional violation in the first place, as may be the case with a delayed effective date. But it is another to charge an agency with curing an already-occurring constitutional violation.

Judge Cole does not decide the issue of whether Congress had the power to delegate the resolution of these issues to Treasury, if only it had done so more clearly. He suggests this is a close question, one that he need not resolve, given his conclusion that Congress did not in fact make such a delegation, even if it could have. I agree that he didn’t need to resolve it. But, to my mind, the issue (which is likely to come up again as the case gets appealed) is not actually a close one under current Supreme Court precedent. I explained why  a post on Judge Cole’s earlier ruling in this case:

To my mind, there is no “may be” about it. As the Supreme Court explained in  the 1981 Pennhurst decision—the leading precedent on the subject—” if Congress intends to impose a condition on the grant of federal moneys, it must do so unambiguously” (emphasis added). Moreover, over the last four years, a whole series of lower court decisions joined by both conservative and liberal judges invalidated various Trump Administration efforts to pressure sanctuary cities by exploiting vague statutory language to attach immigration enforcement conditions to various federal grants. Courts repeatedly ruled that any such conditions must be set by Congress, not the executive. Because of that, Trump lost almost all of these cases (with one significant aberrational exception).  The Biden administration’s interpretation of the tax condition has similar flaws.

In that post, I also explained the danger of deferring to the Treasury here, despite the fact that the rules set out in the IFR are mostly reasonable, and not tremendously burdensome on the states:

Given the narrowness of the Treasury Department’s conditions, one might ask what would be the harm of upholding them?….

Purely legal considerations aside, the problem is that, if courts uphold these executive-created conditions, it would open the door to other executive-branch efforts to use vague statutes to make up their own conditions in order to pressure states and localities to do the White House’s bidding. The Trump administration’s shenanigans in the sanctuary cities cases are a good example of the kind of thing that can happen. In addition, such broad delegation of spending authority to the executive branch undermines the separation of powers, and increases the already dangerous centralization of power in the White House. What I wrote about the broader stakes in the sanctuary cities cases also applies here…

Yesterday’s ruling will surely be appealed, and is only the start of what is likely to be a prolonged legal battle. Several more lawsuits against the tax mandate have been filed by other “red” states, and it is possible that other judges will support the Biden administration, or rule against it for somewhat different reasons than Judge Cole.

That said, Cole’s ruling is exceptionally thorough and well-reasoned. At the very least, it will not be easy for the Biden Administration to overcome the arguments it lays out.

What Are Socialism’s Dirty Secrets That Must Be Kept From America’s Youth?