Spread the love (TMU) A container ship owned by JP Morgan has been seized by U.S. Customs and Border Protection (CBP) in… 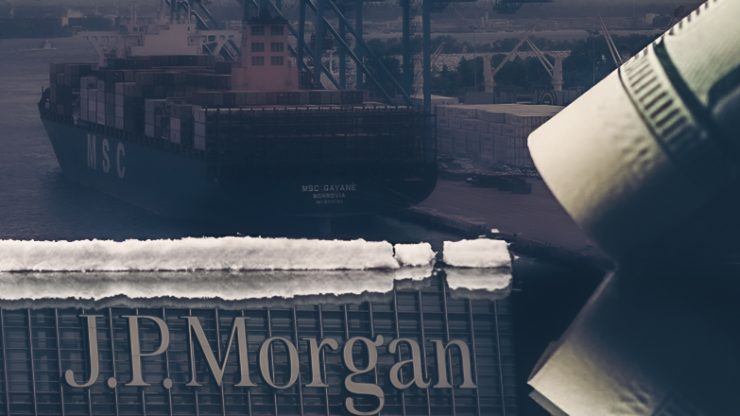 (TMU) A container ship owned by JP Morgan has been seized by U.S. Customs and Border Protection (CBP) in Philadelphia weeks after authorities discovered over $ 1 billion dollars worth of cocaine on the vessel.

On June 17, U.S. Customs and Homeland Security led a multi-agency effort which detected inconsistencies in seven shipping containers and confiscated 39,525 pounds of cocaine. The cocaine has a street value of approximately $ 1.3 billion.

On July 4, CBP executed a warrant and seized the MSC Gayane—which is the world’s second-largest container ship. The seagoing vessel is owned by JP Morgan Asset Management and operated by Switzerland-based Mediterranean Shipping Company, according to the Wall Street Journal.

“The MSC Gayane is the largest vessel seized in U.S. Customs and Border Protection’s 230-year history and follows the record seizure of almost 20-tons of cocaine discovered on the vessel,” said Casey Durst, CBP’s Director of Field Operations in Baltimore.

“A seizure of a vessel this massive is complicated and unprecedented—but it is appropriate because the circumstances here are also unprecedented,” stated U.S. Attorney William McSwain.

Eight crew members have been arrested, according to Homeland Security, and multiple others have been charged. Charges included conspiracy to possess cocaine. The investigation is still ongoing.

The seized vessel sailed under Liberian flag and had previously traveled through Colombia, Chile, Peru, Panama and the Bahamas, according to an online ship tracker.

Ironically, JP Morgan boss Jamie Dimon once blasted Bitcoin as being fraudulent, claiming it is only useful “if you were a drug dealer [or] a murderer.”