It is the height of California’s dangerous forest fire season. But despite blazes currently raging, the state’s fire department is… 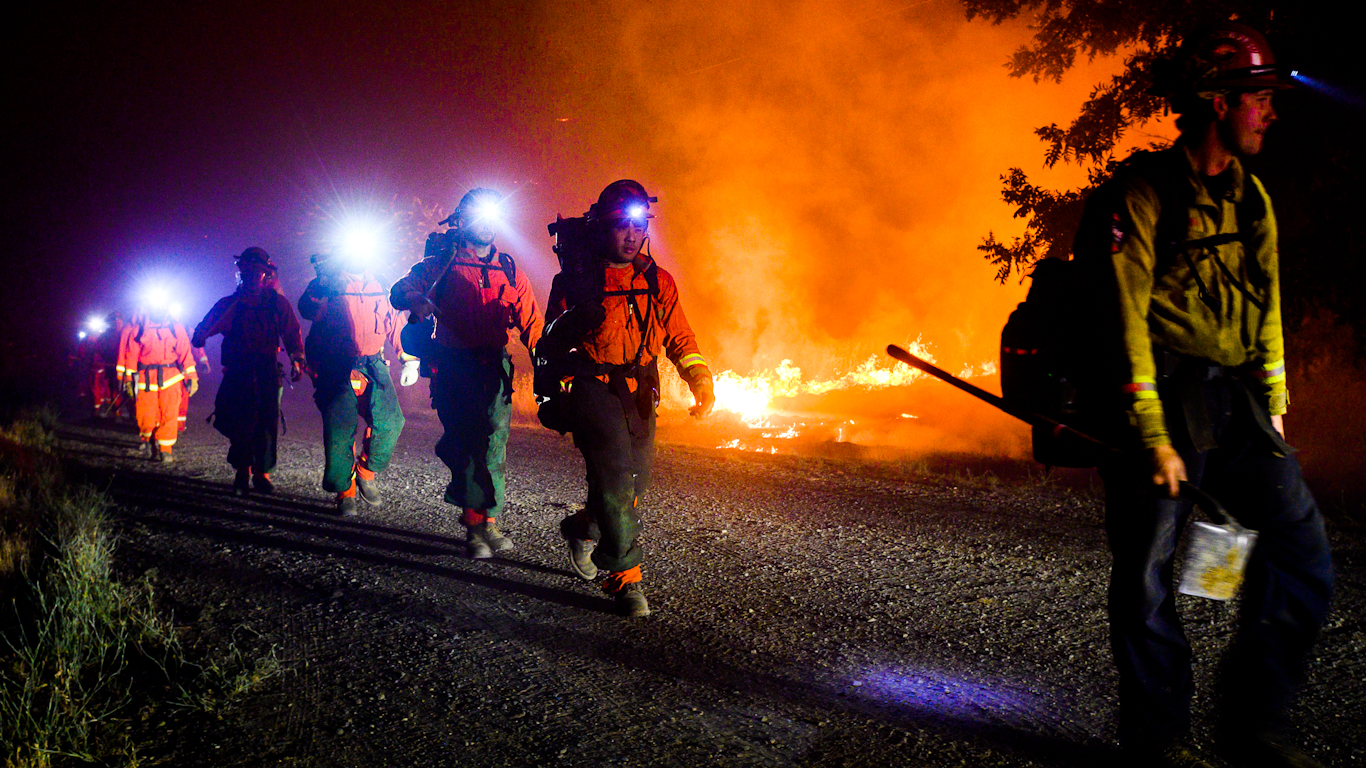 It is the height of California’s dangerous forest fire season. But despite blazes currently raging, the state’s fire department is dangerously understaffed. That is because many firefighters today are not the burly full time professionals of another era, but underpaid convict laborers risking their lives for pennies. Almost 40 percent of California’s firefighters are prisoners. But the state’s penitentiaries are themselves ablaze with COVID-19 outbreaks, leading to widespread lockdowns in what has become a routine for American’s dealing with competing crises.

Jails have been among the deadliest hotspots for transmission of the coronavirus. At the notorious San Quentin State Prison just north of San Francisco, there are nearly 1,400 active cases. Meanwhile, the state has announced the deaths from COVID-19 of 16 inmates at the California Institute for Men in Chino, San Bernardino County. In response to the crisis, prison authorities have enacted strict lockdowns, including at CCC Susanville, the home of the wildfire training program, where there are 224 confirmed active cases of the virus.

This is severely hampering the fight against wildfires. Approximately 3,100 inmates work with the fire department tackling blazes, around 2,200 in the front line, and 900 in support roles. Only those with the least serious convictions are considered. Prisoners are paid between $ 2.90 and $ 5.12 per day (less than the average income of a sweatshop laborer in Nicaragua), plus $ 1 per hour of hazard pay during active emergency situations like the deadly fires that engulfed the state late last year. They work alongside full-time firefighters making an average of $ 91,000 per year before overtime pay and bonuses but tend to do the harder, less desirable, or more dangerous tasks, leading to multiple deaths in recent years. This has led to widespread condemnation of the practice as akin to “modern slavery,” especially because inmates are effectively barred from even applying to the fire department once their sentences are over. In order to become a firefighter, an emergency medical technician license is required, something that is all but impossible to achieve with a criminal record. Despite this, prisoners still “volunteer” as the work is far more fulfilling than the alternative: more time locked up.

The practice is a perfectly neoliberal solution to the growing threat of climate change. The 2019-2020 winter was among the driest on record, with much of Northern California seeing no rain whatsoever in February, leading to forest fires far earlier than usual. Instead of wholesale changes in energy production or consumption, or a great increase in professional firefighters, the state has opted to use extremely cheap prison labor to tackle the inevitable blazes. The measure allows for the government to continue cutting public service budgets, while also acting as a check on wage and working condition demands from public unions, as the threat of being replaced by someone who is effectively a slave, increases.

There are currently two active fires in Morgan Hill, just south of San Jose. Local officials announced that around 1,750 acres had been burned in total, with local evacuations starting Sunday afternoon. While the Fire Department said they were making good progress tackling the problem, the low humidity and gusty winds made conditions ripe for more wildfires.

The conditions caused a separate fire burning at least 1,100 acres of land in Santa Clarita, just north of Los Angeles, with approximately 400 firefighters, including at least some prison laborers, attempting to confront the inferno. Meanwhile, after extinguishing a large fire in Squaw Valley near Lake Tahoe, the Fire Department is currently reopening roads and assessing the damage caused.

Thus, due to the state’s overreliance on what is effectively coerced labor, it is unable to adequately combat a perennial foe due. Like with the dysfunctional health system, the coronavirus is exposing the limitations of the current system we live under. Fighting fire with prison labor, it transpires, does not work during a pandemic.

Today the number of confirmed COVID-19 cases topped 3 million in the United States, including 264,832 in California.

Iraqis to the United States: What Part of “Go Home” Don’t You Understand?

Bernie Sanders Is Staying on the Ballot to Get More Delegates, but He and His Supporters Aren’t Investing Much in That Effort