The graves of 145 people have been discovered under a high school in Tampa, in the US state of Florida…. 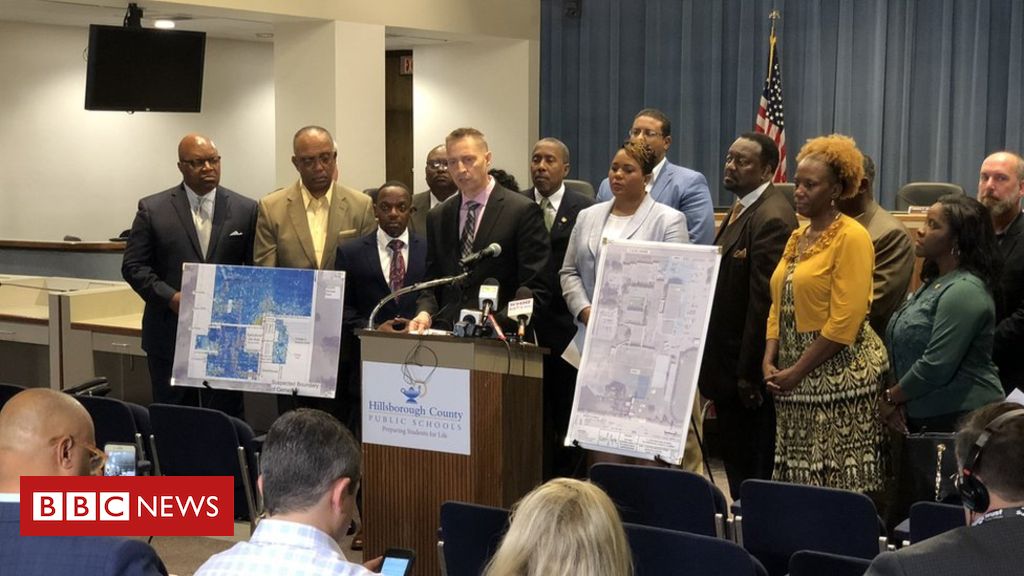 The graves of 145 people have been discovered under a high school in Tampa, in the US state of Florida.

They are part of Ridgewood Cemetery, a mid-20th Century cemetery for the poor.

The coffins – buried 3-5ft (1-1.5m) deep – were discovered using ground-penetrating radar after the school was alerted about the possible location of the cemetery.

Records indicate more than 250 people were buried there, most of them African Americans, the school district said.

Up to 77 of them were infants or small children.

The city opened Ridgewood in 1942 and sold it off to a private company in 1957. The school district acquired the land in 1959, opening King High School in 1960.

Today, the site consists of open land and the school’s agricultural building.

Plans are being made to have the building removed, according to school district Superintendent Jeff Eakins.

“We want to make sure that the folks buried at this site are honoured,” he said.

While the radar used can’t confirm what exactly is under the surface, the patterns of the findings matched historical records of the cemetery.

As for the graves that have not been accounted for, some may have been moved or not picked up by the radar because they have deteriorated or, in the case of children, their small size.

“I am sick of this. This hurts deeply,” Yvette Lewis, president of the local branch of the National Association for the Advancement of Colored People, was quoted as saying by the Tampa Bay Times.

“It was hate toward people who looked like me. It deeply saddens me that people can hate you this much, that they can treat you less than.”

Vaccine passports will likely be needed to travel abroad, but still no plans for ‘domestic’ ID, UK transport secretary says