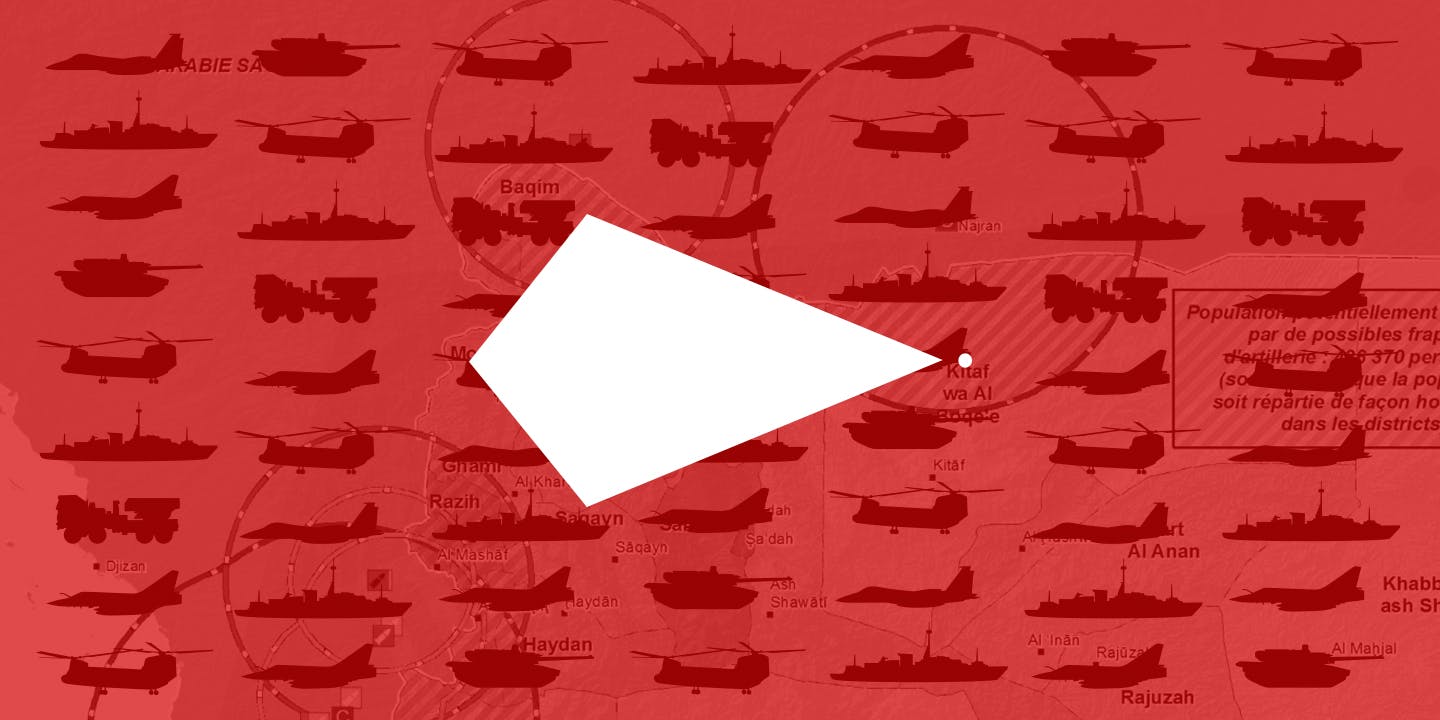 Journalists in France are facing potential jail sentences in an unprecedented case over their handling of secret documents detailing the country’s involvement in the Yemen conflict.

Earlier this week, a reporter from Radio France and the co-founders of Paris-based investigative news organization Disclose were called in for questioning at the offices of the General Directorate for Internal Security, known as the DGSI, an agency that is tasked with fighting terrorism, espionage, and other domestic threats, similar in function to the FBI in the United States.

The two news organizations published stories in April — together with The Intercept, Mediapart, ARTE Info, and Konbini News — that revealed the vast amount of French, British, and American military equipment sold to Saudi Arabia and the United Arab Emirates, and subsequently used by those nations to wage war in Yemen.

The stories — based on a secret document authored by France’s Directorate of Military Intelligence, which was obtained by the journalists at Disclose — highlighted that officials at the top of the French government had seemingly lied to the public about the country’s involvement in the war. They also demonstrated the extent of Western nations’ complicity in the devastating conflict, which has killed or injured more than 17,900 civilians and triggered a famine that has taken the lives of an estimated 85,000 children.

The French government did not want the document to be made public, and officials were furious when its release made headlines around the world. Not long after it was published, Disclose’s co-founders Geoffrey Livolsi and Mathias Destal, along with Radio France reporter Benoît Collombat, were asked to attend a hearing at the DGSI’s headquarters in northwest Paris.

In rooms located four floors below ground level inside the heavily fortified, beige-colored DGSI building on Rue de Villiers, for an hour the journalists were asked about their work, their sources, and their posts on Facebook and Twitter. They declined to answer questions, citing their right to silence, and instead presented a statement about their journalism and their belief that publishing the document had served the public interest.

“They want to scare journalists and their sources away from revealing state secrets.”

Press freedom has been strongly protected in France for more than 130 years under the Press Law of 1881, which gives journalists a right to protect the confidentiality of their sources. The law also defines certain “press offenses” of which journalists may be accused — such as defamation — and outlines procedures for how these should be handled, through tribunals that can issue punishments, including fines and, in extreme cases, imprisonment.

But matters of state security are not included in the Press Law as a “press offense,” and the DGSI appears to have seized on that loophole to accuse the Disclose and Radio France journalists of “compromising the secrecy of national defense” from the moment the classified document came into their possession. Under a 2009 French law that prohibits “attacks on national defense secrets,” a person commits a crime if they handle a classified document without authorization. There are no exceptions to this law for journalists, and there is no public interest defense.

“They want to make an example of us because it’s the first time in France that there have been leaks like this,” Disclose co-founder Livolsi told The Intercept on Thursday, referring to the sensitivity of the document, which was prepared by French military analysts last September for a high-level briefing of President Emmanuel Macron at the Élysée Palace. “They want to scare journalists and their sources away from revealing state secrets.”

In a worst-case scenario, the reporters could face five years in prison and a €75,000 (around $ 83,900) penalty. The next stage of the case is still unclear. The DGSI could close it and let the journalists off with a warning. The case could also be handed off to a judge, who could conduct further investigations and possibly decide to take the case to a trial.

Virginie Marquet, a lawyer and board member of Disclose, represented Destal at one of the hearings at the DGSI on Tuesday. She is hopeful that the journalists will not face jail time. But she notes that the government appears to be pushing for a harsh punishment. Last week, Armed Forces Minister Florence Parly suggested in a public statement that Disclose had violated “all the rules and laws of our country,” adding: “When you disclose classified documents, you are exposed to penalties.”

Whatever the outcome, the DGSI’s treatment of the case has already sent a message. “There is a chilling effect,” said Marquet. “It’s a warning for every journalist — don’t go into that kind of subject, don’t investigate this information.”

Paul Coppin, head of the legal desk at Reporters Without Borders, told The Intercept that he could not predict the outcome of the case because there has never been one like it before. That journalists could be punished for handling classified documents — regardless of their public interest — was concerning, he added, especially given the ease with which the government can categorize any information as secret.

“It is very problematic,” Coppin said. “This reveals the weakening of procedural guarantees that journalists should benefit from in the exercise of their work. There should be a stronger framework [in France] to protect journalists in the course of their activities.”

France’s Interior Ministry, which oversees the DGSI, did not respond to a request for comment.

Abraham Accord: Experts Warn Trump Peace Deal a Precursor to War with Iran

Portland Reckons With Police Attacks on Protesters After Months of Unrest