Shadowproof —Between 2001 and 2017, the federal government seized $ 40 billion from ordinary people and high profile criminal defendants, including… 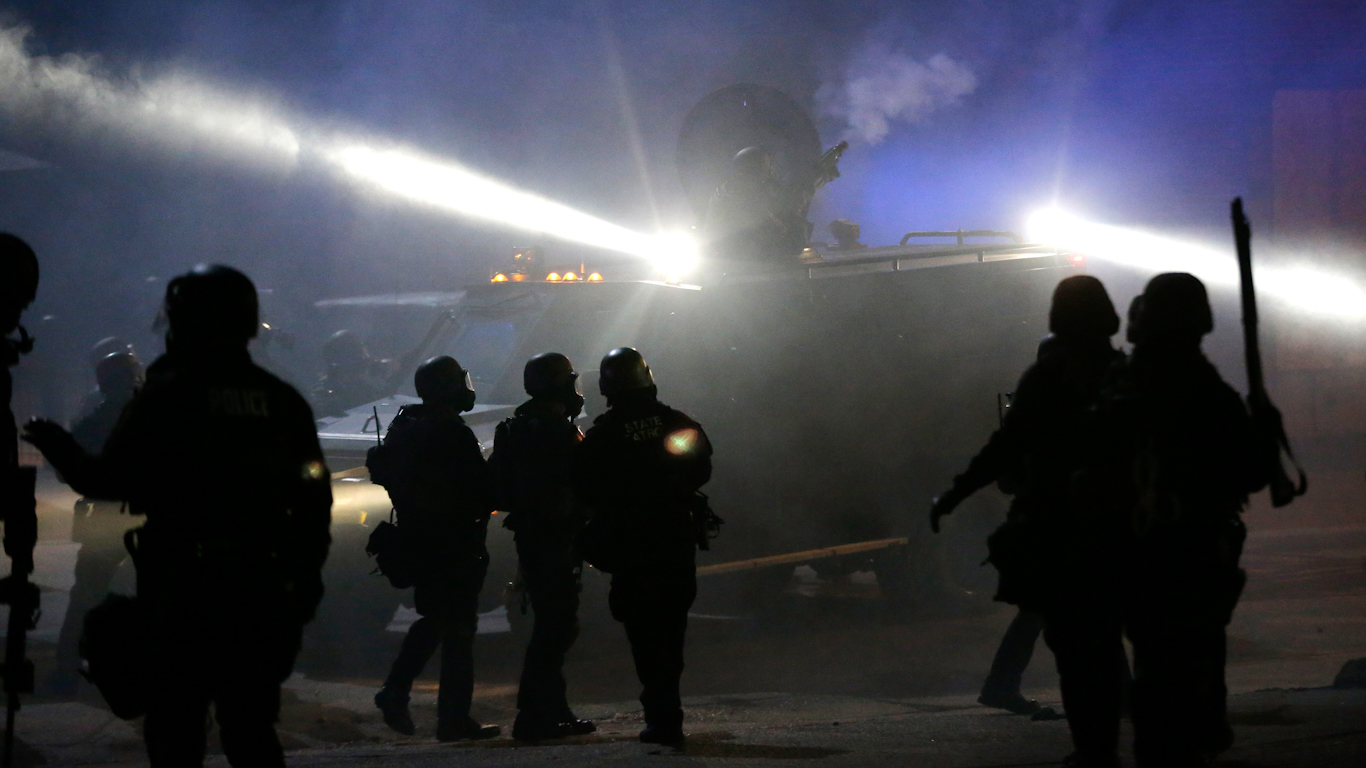 Shadowproof —Between 2001 and 2017, the federal government seized $ 40 billion from ordinary people and high profile criminal defendants, including major corporations, through asset forfeiture. The money was funneled into the Assets Forfeiture Fund (AFF), a trust founded in 1984 through the Comprehensive Crime Control Act as part of the War on Drugs.

Asset forfeiture is potentially a major hurdle for the Black Lives Matter movement. Since the burning of the third police precinct in Minneapolis, the mainstream conversation around policing has shifted from reforming to defunding departments. However, the public has little direct control over the budgeting process, and no control over external revenue sources like asset forfeiture, which massively contribute to the expansion of the carceral apparatus.

From 2000 to 2016, 86 percent of equitable sharing forfeitures were civil, meaning the property was legally seized without a charge or a conviction. Criminal forfeiture seizures are intended to be punitive and take place after a conviction.

The North Providence and the East Providence Police Department were awarded sixty million dollars each, a figure eight-to-ten times the size of their regular budgets, while $ 45 million went to the state police.

Rhode Island officers personally profited from the AFF, with over 100 million dollars going into their pension plans and millions more into overtime pay. Departments used the money to purchase tasers and guns, a new firing range, dozens of vehicles, upgrade technology, and build new facilities, and still had tens of millions left over.

Meanwhile, North Providence had to take out bonds to build a new middle school, despite millions leftover from the Google settlement.

Twenty organizations calling for the abolition of the equitable sharing program, including the ACLU and the National Lawyers Guild, say civil forfeiture exacerbates existing inequalities.

“Victims of civil forfeiture have no right to an attorney in forfeiture cases and are overwhelmingly those least able to afford representation to defend themselves which worsens the economic struggles that already plague low-income communities,” they wrote in a letter to the Attorney General in 2016. And since the carceral system disproportionately targets marginalized communities, criminal forfeiture is similarly unjust during an already expensive legal process.

The Justice Department argues that the AFF and equitable sharing use “statutory authority to support a wide variety of law enforcement programs that would not exist but for the fund.”

“These state and local officers, often deputized as federal agents, act as a critical force multiplier in helping to achieve the law enforcement mission of our federal agencies. The AFF pays for officer overtime and a variety of critical equipment needs, including life-saving ballistic shields and helmets necessary to ensure officer safety,” according to the Justice Department.

From 2000 to 2016, the Justice Department gave more than 6.8 billion dollars to local law enforcement through the AFF, while the Treasury Department handed over 1.9 billion dollars. The Federal Prison Program received over one billion from the fund over the past five years.

Although the “Pentagon’s hand-me-downs” are primarily responsible for police militarization, equitable sharing payments contribute to the phenomenon.

The BearCat armored vehicle used by the Alameda County Sheriff’s Office to evict the Moms4Housing campaign in Oakland earlier this year, for example, was partially funded through the county’s federal asset forfeiture trust fund.

Through the “adoption,” route of AFF, a local agency can seize assets, then ask a federal agency to adopt the property for forfeiture under federal law in order to circumvent increasingly strict state laws.

For years, California agencies relied on the adoption route, since California law required a criminal conviction before the state could seize assets under $ 25,000. But in 2016, California passed SB 443, which closed the loophole by limiting equitable sharing payouts to criminal forfeiture.

Local and federal law enforcement argue in favor of the AFF and equitable sharing, with the Justice Department claiming that “asset forfeiture has the power to disrupt or dismantle criminal organizations that would continue to function if we only convicted and incarcerated specific individuals.”

Yet, the DOJ describes the AFF as a “permanent indefinite fund,” which contradicts its supposed image as a tool for harm-prevention.

An Institute of Justice analysis supports the idea that forfeiture is, in reality, a fail-safe for stabilizing police budgets.

They concluded that increased forfeiture funds had “no meaningful effect on crime-fighting,” but was “strongly linked to worsening economic conditions.”

This finding suggests local and state police departments in jurisdictions with some of the more successful, militant demonstrations—Seattle, Portland, New York City and St. Louis, for example—could supplant dwindling budgets with seized funds.

Only abolition and alternative community accountability structures guarantee that the system will stop expanding itself.

Ella Fassler is an independent writer and researcher based in Rhode Island. Her work has been featured in The Nation, The Appeal, Slate, OneZero, Truthout and elsewhere.

Voices from Inside the Besieged Venezuelan Embassy

Queen of Chicken Hawks: Victoria Nuland Had A Hand in Every US Intervention in the Past 30 Years