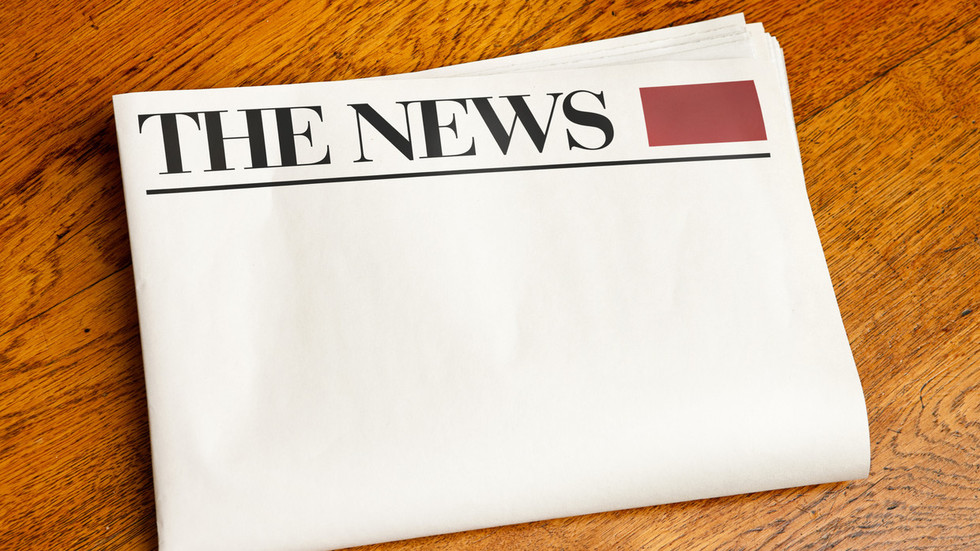 It’s been months since the Integrity Initiative was exposed as a UK-funded psyop outfit — but anyone who has been closely following the scandal will know that the British media has not joined them in that pursuit.

For reasons they don’t seem interested in sharing, major media didn’t bite on the story which Scottish newspaper the Daily Record called “one of the biggest political scandals of the year.”

For anyone who (understandably) hasn’t heard, the Integrity Initiative has been masquerading as a“completely independent” charity project aiming to highlight “disinformation” online – while using its government money to run anti-Russia “influence” operations all around Europe (including interfering in the domestic politics of other countries), conspiring with fossil fuel-friendly banks to target anti-fracking activists and smearing the opposition leader as a Kremlin asset.

Also on rt.com The Integrity Initiative scandal is getting worse — and British media keeps ignoring it

Its cover was blown when leaks revealed last November that that organization was receiving funding from the British Foreign Office (FCO) and Ministry of Defense, and that it was run by people with extensive backgrounds in military intelligence. In short, it was a sneaky psyop.

RT contacted multiple UK outlets and asked why they had chosen not to touch the Integrity Initiative story. Only one – The Sun – deigned a response.

Integrity Initiative looks like a truly dangerous organisation. Are there no journalists/editors left in MSM who see what important story it is? I'm old enough to remember a time when serious journalists would be all over this.

It’s one thing to say that the media has ignored the scandal and another thing to actually prove it. So, here’s a breakdown of exactly how much coverage the major outlets devoted to the leaks.

When the FCO said it would investigate whether state funds had gone toward smearing Labour leader Jeremy Corbyn online — one of the Integrity Initiative’s social media activities — the Guardian reported it. Three days later, when the FCO denied the accusation (despite all proof to the contrary), the Guardian dutifully published a quick follow up — and that was it. Perhaps, the quick cessation of coverage by the Guardian had something to do with the fact that two of its writers, Carole Cadwalladr and James Ball, were linked to the II in the leaks? Ball wrote a self-defense oped on the scandal two months after the documents were first dumped.

A Google search reveals that the BBC has published one article on the leaks, which ironically, almost completely ignores their contents and instead acts more like a defense of the II. The article focuses heavily on the fact that Russian media has covered the scandal — a sly way of implying that the II is simply the target of a Russian campaign to discredit it. The only other time the scandal got a look-in from the BBC was when the channel broadcast live coverage of House of Commons proceedings during which a question was put about the FCO funding.

Sky News, for its part, published one story about the scandal, detailing the row between Labour and the Foreign Office over the II’s funding and its Corbyn-bashing activities. Meanwhile, Channel 4 and ITV had no coverage of the story at all.

Coverage of the II leaks by the conservative-leaning Times has been fawning. The Times, like the Guardian, reported that the FCO was “investigating” itself over the revelation that its pet project was using government funds to smear the opposition online. A day later, the Times proceeded to link the II leaks to Russia without any evidence whatsoever. Then, when the II mysteriously wiped its website clean, the Times reported that the embattled “anti-propaganda” site had been “forced offline” by potentially Russian hackers. Oh, and the Times also ran an oped arguing that real coverage of the scandal would “play into the Kremlin’s hands.” It was authored by Edward Lucas, who is employed as a lobbyist at a think tank which is funded by US weapons manufacturers. So, go figure.

The Telegraph, The Independent, The Financial Times

There’s not much to say about coverage of the II leaks at these newspapers, given that it seems to be entirely non-existent. A quick Google search reveals, however, that the FT has cited ‘experts’ from the Institute for Statecraft (IfS) — the II’s parent organization — in the past. The Daily Express tabloid also joins the FT as an outlet which published zero coverage of the II leaks, but has previously used IfS analysts in other unrelated stories.

The Sun, The Daily Star, the Evening Standard and Metro

Four more tabloids, four more missed opportunities to cover the leaks. Searches for any mention of the Integrity Initiative at these four papers came up with nothing at all. The Mirror and the Scotland-based Courier did devote a whopping one article  each to covering the controversy, however.

In a response that, again, shifts the discussion from the II’s questionable practices to smearing Russian media, a spokesman for The Sun, Andy Silvester, told RT: “Unlike other outlets whose editorial focus might be influenced by, say, their links to the Kremlin regime, our editorial decisions remain independent and do not need to be justified to Russia Today or anybody else.”

The Morning Star and the Canary

Left-wing outlets The Morning Star newspaper and the online Canary publication are among the only relatively big and well-known outlets to have covered the scandal more extensively, with the Morning Star publishing a few pieces about the leaks, one detailing the“chilling manipulations”of the IfS and its II project. The Canary called the II a “government-funded destabilisation network” and published detailed accounts of the II’s “propaganda projects” and compared the controversy to the Cambridge Analytica scandal.

Also on rt.com Media not covering Integrity Initiative scandal because they might be ‘involved’ – Labour MP to RT

The Integrity Initiative, with its “clusters” of allied journalists, has been compared by Labour MP Chris Williamson to a modern-day version of Operation Mockingbird — a secret 1950s Cold War propaganda project during which the CIA paid journalists at major media outlets to stick to certain US government-approved narratives in their stories.

Three months on since the first batch of Integrity Initiative leaks were dumped, we won’t be holding our breath for any more coverage from British media.

US to allow in thousands of asylum seekers waiting in Mexico