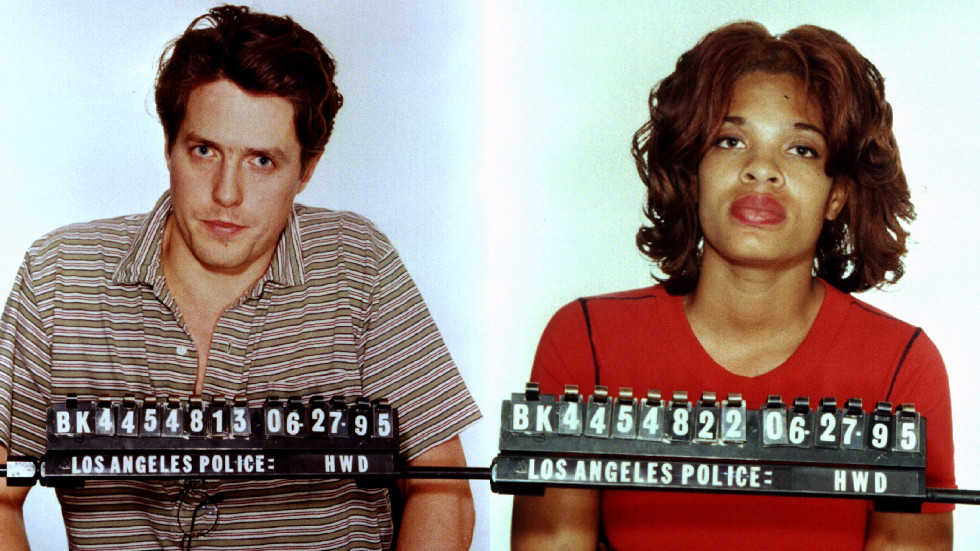 British actor Hugh Grant has responded to Twitter trolls outraged at his promotion of anti-Tory general election candidates by cheekily tweeting out a picture of his 1995 arrest with a sex worker in a Los Angeles police station.

Grant has been out on the streets of Britain, pulling in large crowds, for both Liberal Democrat and Labour parliamentary candidates contesting seats with their main rivals – the Conservatives.

A leading voice for the ‘Hacked Off’ group which campaigns for “free and accountable press,” Grant has faced an angry social media backlash to his very public political activism over the last few weeks.

Responding in perhaps the only way he knows how – with self-deprecating wit – the 59-year-old actor best known for his starring roles in movies like ‘Four Weddings and a Funeral’ and ‘Love Actually’, posted a tweet on Thursday night that has gone viral.

To my dear trolls. Hope this is helpful. Now you have more time to spend with mummy.

Grant’s tweet has been applauded by many on social media with even some of those against his politics coming out to support him. Others have branded him “an actual hero.”

One person made fun of the fact that the mischievous actor had to go back nearly 25 years to find a “troll-worthy” news story, adding: “is this literally it??”

Another joked that it made them feel “nostalgic for a simpler time” when someone could get caught doing something embarrassing and not worry about having to read people’s opinions on social media.

Aaah, this makes me nostalgic for a simpler time, when you could chuckle about someone being caught doing embarrassing stuff and then not have to read everyone’s opinions about it for a quarter of a century.

Grant’s tweet complete with mugshot may also have been a sly dig at TV presenter Piers Morgan who has also lashed out at the actor for becoming so politically active. Morgan recently posted the infamous LA picture to point out that “one of us is a convicted criminal and it’s not me.”