Spread the love Conway, AR — Lionel Morris, 39, made the poor decision to remove a toy drone from its… 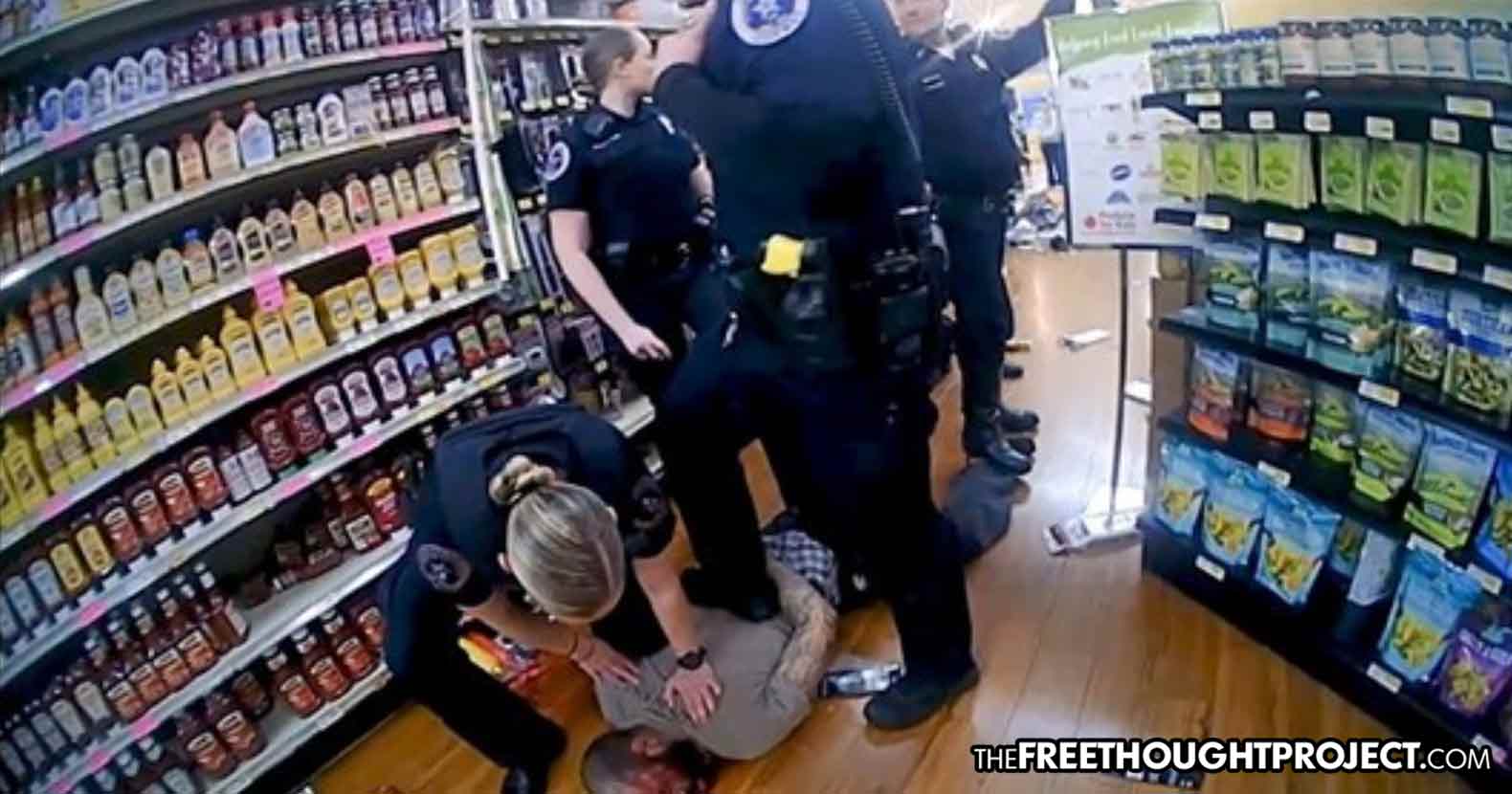 Conway, AR — Lionel Morris, 39, made the poor decision to remove a toy drone from its packaging in a grocery store in an alleged attempt to steal it. These actions most assuredly should have come with some consequences but it should never have been a death sentence. When multiple officers from the Conway Police Department showed up to the call, however, minutes later, Morris’ life would be over.

Body camera and surveillance footage from that fateful day on February 4, 2020 has just been released this week showing this man’s final moments alive. Morris took the last breaths he would ever take with multiple police officer combat boots and a knee on his back.

His last coherent words were “I can’t breathe.”

According to police and the newly released footage, when officers arrived at the store, Morris and a woman who was with him, initially complied with officers. When the employee brought over the drone box Morris had allegedly opened, he asked them to throw it in the cart with the rest of his groceries and he would purchase it. He told them that the box was already opened and he planned on purchasing the drone.

It is not illegal to open an item in a store if you purchase it later. Arguably, the officers could have used their discretion and allowed the couple to finish their grocery shopping, pay for the drone, and leave peacefully with Morris knowing that he was nearly arrested for an unwise decision. Sadly, that did not happen and police needed to make the arrest.

Morris gave officers a fake name before they told him he was under arrest. When police moved to arrest Morris, he ran — which proved to be a fatal mistake.

The chase did not last long as officers quickly tackled Morris inside the store and began a struggle that would last over six minutes. During the struggle as multiple officers piled on top of Morris, they tasered him repeatedly.

Police claimed that during the struggle Morris reached for a knife, however, in all the video — even the heavily edited one released by police — this is not evident.

Morris can be heard saying “I can’t breathe” several times as an officer has a knee to his back. That officer replies with the infamous retort, “If you can talk, you can breathe,” which has proven time and again to be wrong.

At one point at least three officers are standing on Morris as another kneels on him, slowly squeezing the air from his body. After being knelt on, stood on, and tasered multiple times, Morris’ body gave out and he began to vomit.

By the time paramedics arrived, Morris was no longer breathing and had no pulse. Police would blame Morris’ death on the drugs in his system.

An autopsy was performed and the manner of death was listed as “undetermined.”

According to a report by prosecuting attorney Carol Crews, the autopsy said the cause of death was “methamphetamine intoxication with exertion, struggle, restraint and conducted electrical weapon deployment.”

“The level of drugs Mr. Morris had in his system and the strain he exerted while struggling with police ultimately led to his death,” Conway Police Chief William Tapley says in the video — who is an apparent medical expert as well as the chief of police.

After investigating themselves, the department found they did nothing wrong and all the officers were cleared and returned to duty. Tapley did say, however, that he saw somethings they could’ve done better.

“In reviewing this incident, I recognize that there are things as a police department that we can do better,” he said. “And these are things that we will do better.”

Perhaps three cops standing and one cop kneeling on a man who is telling you that he cannot breathe is one of the things you could do better next time, chief.

“There are some behaviors that must change,” Conway Mayor Castleberry said in a video statement Wednesday . “There is no place for racism in the city of Conway…It’s time to have hard conversations.”

The video below shows what happens to people who open a box in a grocery store in the land of the free.

Ron Paul Statement on Schatz-Paul Amendment to the NDAA

How To Survive A “Crack-Up Boom”