With his supporters rallying outside the court building, Julian Assange showed signs of fatigue in a bid to delay extradition… 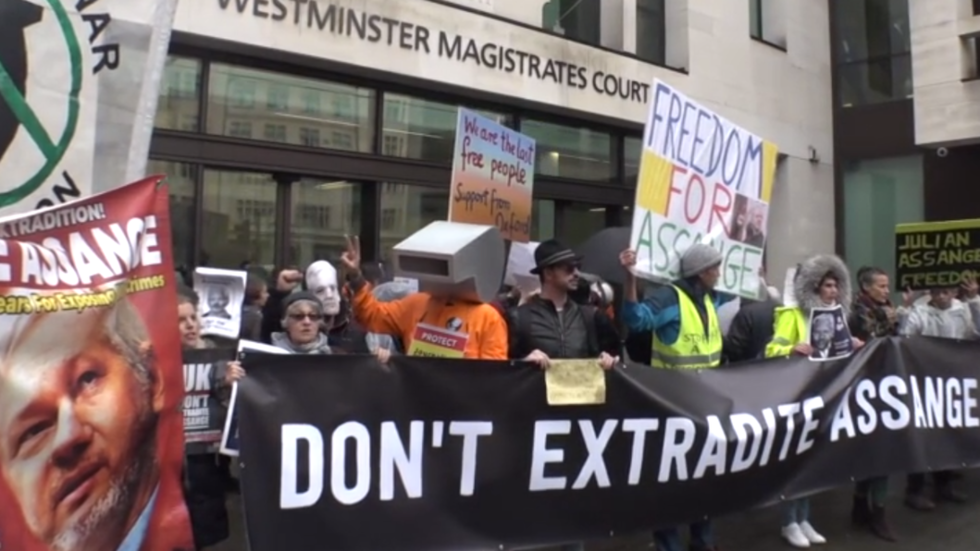 With his supporters rallying outside the court building, Julian Assange showed signs of fatigue in a bid to delay extradition proceedings scheduled for next year. The London court ruled against him.

Cleanly shaven and dressed in a navy suit, Assange appeared before Westminster Magistrates Court on Monday to seek the postponement of an extradition hearing scheduled for February.

His lawyer argued that the US government had attempted to kidnap and cause harm to his client, and that he would need more time to compile evidence for the case.

Although Assange raised his fist to supporters in the public gallery, the imprisoned journalist did not appear to be in good form. The WikiLeaks founder reportedly struggled to say his own name and date of birth, and held back tears as he told the court that he couldn’t “think properly.”

Today in court, Julian Assange struggled to say his own name and date of birth as he appeared in the dock. He claimed to have not understood what happened in the case management hearing, and was holding back tears as he said: “I can’t think properly”.

The court ultimately rejected the proposed delay. Outside the building, protesters chanted slogans and held up a giant banner reading “Don’t extradite Assange.”

In a video published by Ruptly, activists can be seen trying to surround a police van believed to be carrying Assange. Officers at the scene rushed to move protesters away from the vehicle.

The United States has charged Assange with possession and dissemination of classified information. If found guilty, he could receive up to 175 years in prison. The journalist has been in Washington’s crosshairs for more than a decade, after WikiLeaks published a video showing the US military attacking journalists and civilians in Iraq in July 2007.