The commonly-held belief that insects have uncommon intelligence was comprehensively dispelled today, when a fly that landed on a child’s… 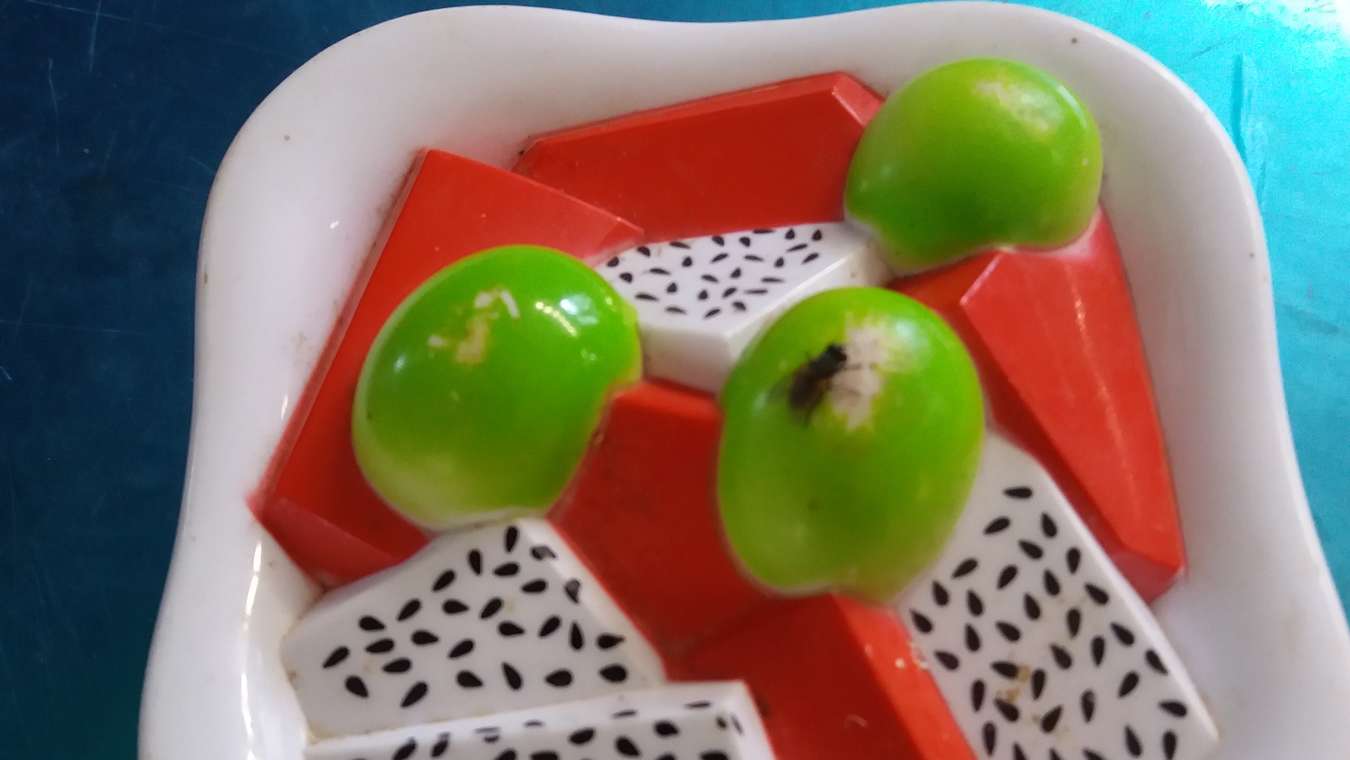 The commonly-held belief that insects have uncommon intelligence was comprehensively dispelled today, when a fly that landed on a child’s plastic toy, not only did not have a ‘sixth sense’, it didn’t even have the sense it was born with! *

The housefly, which had been buzzing around a man reading at his home in the Battambang commune of Tapon, looking for something to eat, relied rather too heavily on its vision, rather than on its sense of smell, which led to confusion.

The man watched the fly as it made several reconnaissance flights around the toy – a plastic bowl of dessert, featuring grapes, dragon fruit, and red jelly slices – before settling on a ‘grape’.

As the realization hit the fly, and incredulity set in, it made erratic movements around the grape, as if it could not quite come to terms with the fact that someone would try to fool it like this.

Clearly embarrassed, the idiot fly flew off, without looking back.

The man took a swig of his tea, and returned to his book.