Amidst a COVID-19 outbreak, around 100 detained migrants at a private, for-profit prison in Farmville, VA, have collectively gone on… 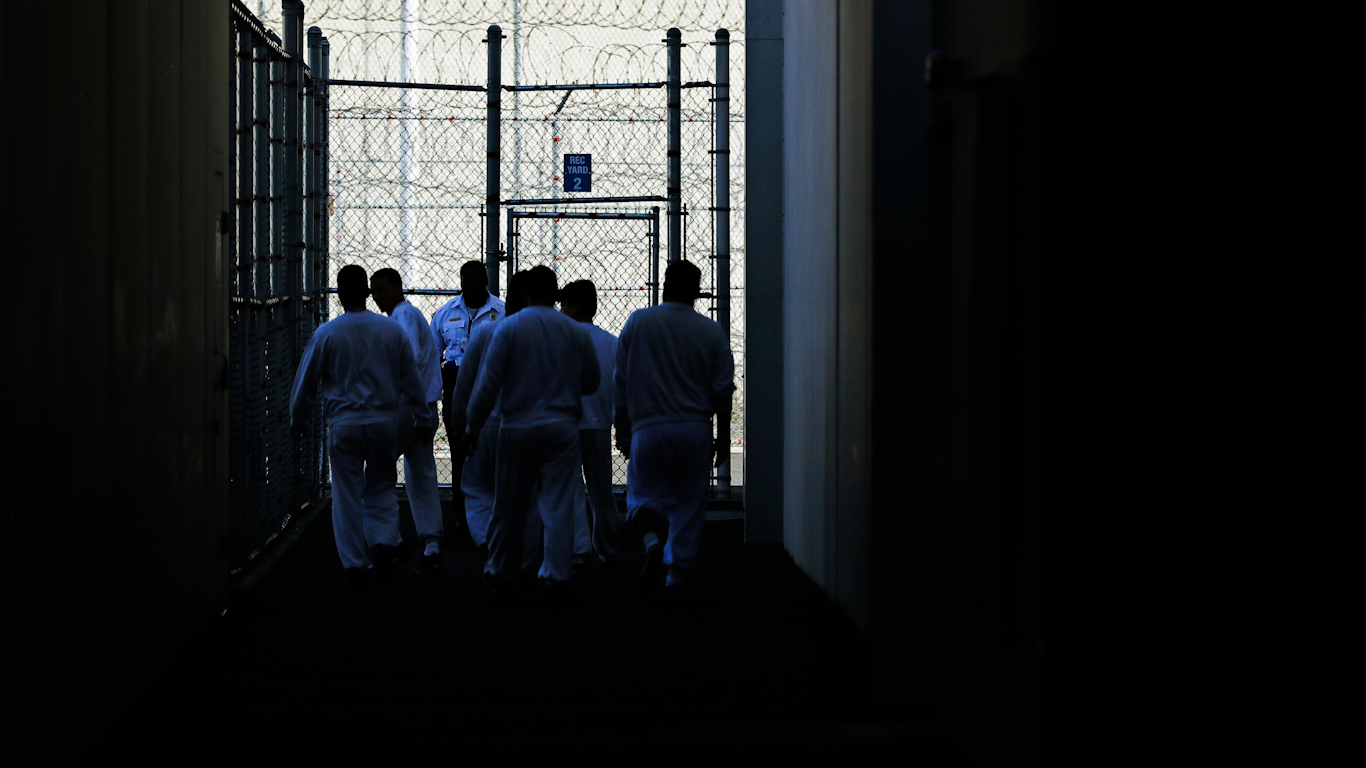 Amidst a COVID-19 outbreak, around 100 detained migrants at a private, for-profit prison in Farmville, VA, have collectively gone on hunger strike, demanding their release on medical and humane grounds. That is according to Sanctuary DMV, a volunteer organization helping immigrants in the Washington, D.C. area. Phone lines to the dorms have been cut and visits have been suspended. Inmates claim that one dorm is under strict quarantine. “We are very concerned about the health and safety of everyone detained at Farmville and detention centers, prisons, and jails across the country,” said Madhvi Venkatraman, core organizer with Sanctuary DMV. The move comes in response to the inaction of Attorney General William Barr; Detainees at ICA-Farmville had sent him a letter March 25, pleading to be released, but received no reply.

The prison is run by Immigration Centers of America (ICA), who detain 600-800 people arrested by Immigration and Customs Enforcement (ICE). Invoices seen by MintPress News show that ICA charged the agency $ 2.366 million for March 2017, $ 2.206 million for February and $ 2.353 million for January for their services; around $ 120 per person, per day – slightly more than a king room at the nearby Hilton Richmond Downtown Hotel costs.

Breaking: Around 100 people held at ICA-run private immigration detention center in Farmville, VA are on hunger strike due to multiple reports of a #COVID-19 breakout. One dorm is under quarantine. Call now, demand ICE #FreeThemAll https://t.co/5IJTZ2TFsb pic.twitter.com/4uwhbu5RpZ

However, ICE categorically reject that any such hunger strike is occurring, a spokesperson telling MintPress “as of today, there are no detainees who meet the criteria for a hunger strike at Farmville,” referring us to a previous agency statement that said, “The health, welfare and safety of U.S. Immigration and Customs Enforcement detainees is one of the agency’s highest priorities” and “ICE is taking important steps to further safeguard those in our care. As a precautionary measure, ICE has temporarily suspended social visitation in all detention facilities.”

This argument did not seem to convince Jesse Franzblau, Senior Policy Analyst with the National Immigrant Justice Center. “ICE consistently does this to discredit people in detention, [and] will say that they don’t meet the criteria because they drink water, or some other reason,” he told MintPress. “They are deflecting from the real problem, that people are terrified about how Farmville is handling the spread of COVID, and demanding they be released for their safety and the safety of everyone around them. ICE has the discretion to release people in detention, instead, there are reports that they are putting them in solitary confinement.”

The allegation of solitary confinement as a punishment is particularly serious. The practice is considered torture, with the United Nations banning long-term use of the technique. “People are really scared inside,” Franzblau said.

People in ICA Farmville are demanding to be released over fears of #Covid_19 spreading, while people are being quarantined. Contact info and sample scripts below, demand ICE urgently #FreeTheAll @SanctuaryDMV @LaColectiVA703 https://t.co/cvjXgOF4LL

ICA Farmville opened in 2008 amid protests from locals and does not enjoy a reputation for good sanitation practices. In June last year, the facility was hit with an outbreak of mumps, a classic disease of overcrowding and poor sanitation. Authorities’ overbearing response to the situation sparked a “meal strike” from detainees. Their protest was crushed by guards, and leaders were put in solitary confinement. Inmates sued ICE for their treatment

ICA previously applied to open a new facility in Dwight, Illinois. However, as the meal strike raged, Illinois Governor J.B. Pritzker signed a bill banning private immigrant detention centers. “Illinois is and always will be a welcoming state,” the governor said. “Let me be perfectly clear: the state of Illinois stands as a firewall against Donald Trump’s attacks on our immigrant communities.

ICE is using the COVID-19 outbreak to launch an unprecedented invasion of so-called sanctuary cities. The directive, according to officials: arrest as many undocumented immigrants as possible and “flood the streets” with officers.

Amidst a global pandemic, countries around the world have recognized the danger prisons represent and have released thousands of prisoners. There have been increasingly desperate calls for the United States to do the same. Earlier this week MintPress reported that over 300 inmates and staff at New York’s notorious Rikers Island jail have tested positive, with many more in self-isolation. The dearth of staff means cleaning has essentially stopped and inmates in dangerously overcrowded mass cells have been left to their fate. “A storm is coming” Dr. Ross MacDonald, Chief Medical Officer for New York’s Correctional Health Services ominously warned. However, instead of releasing them, New York is making inmates dig mass graves for the dead. They will need them: 562 New Yorkers have died in the last 24 hours alone. Six detainees in ICE facilities have officially tested positive. However, the cramped conditions and lack of proper sanitation make the center’s potential hotbeds of infection.

Activists are demanding the release of all ICE detainees on humanitarian grounds. “We are especially concerned about those who are elderly or have pre-existing health conditions. Not releasing them could turn their detention into a death sentence,” Venkatraman said.

Four Years Ago, Trump Had No Clue who Iran’s Suleimani Was. Now, He May Have Kicked Off WWIII.