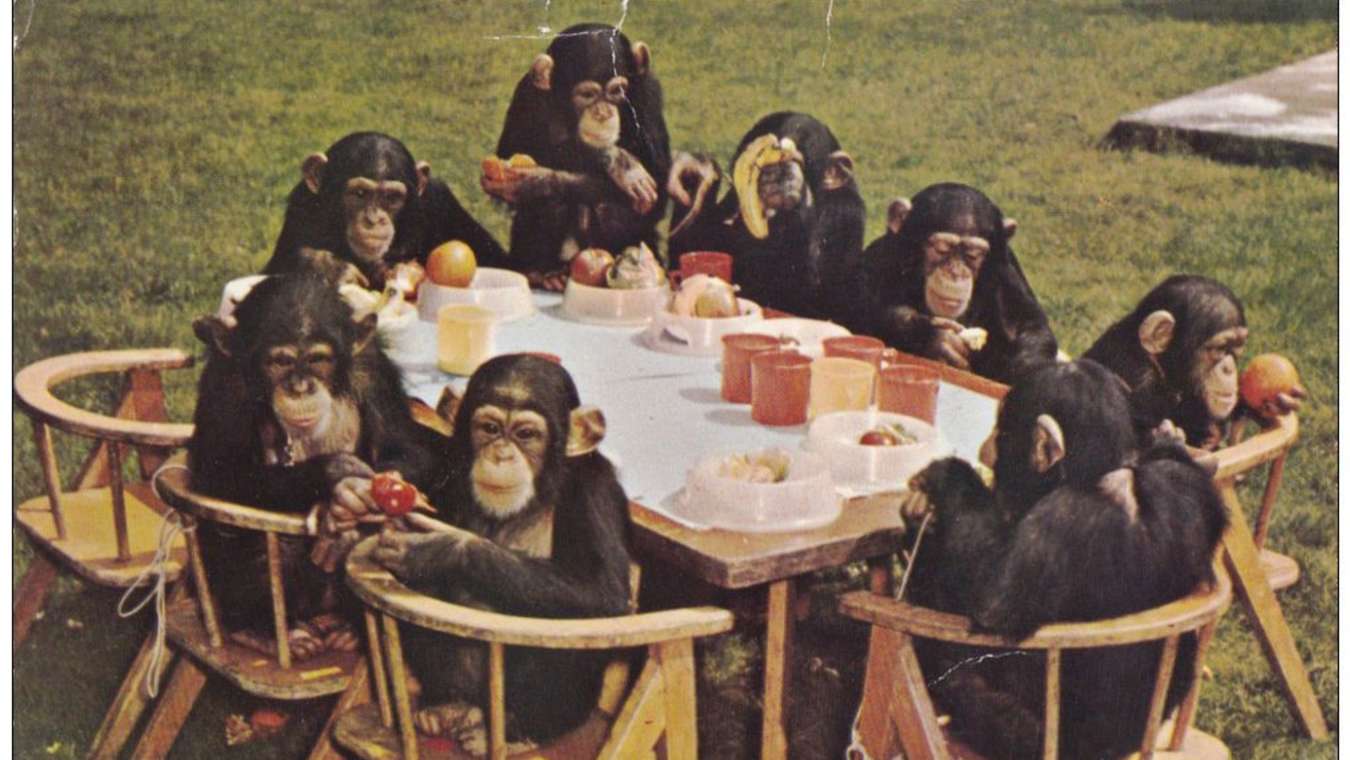 A recent survey carried out by Swansea University has found that the average level of intelligence per attendee at the forthcoming Brexit celebratory gathering in Parliament Square on January 31st will be roughly on a par with that of one of the chimp’s tea parties held at London Zoo in the 1960s.

The study, conducted among a cross-section of Brexit enthusiasts who have expressed a desire to attend, found that the intellect of some party-goers was so woefully low, that many were unable to complete the questionnaire, or defaced it by scribbling over the questions in green crayon.

The party itself – the brainchild of Brexit poster boy, Nigel Farage – will feature appearances from prominent Brexiteers such as Wetherspoons’ boss, Tim Martin, pop star, Morrissey, and diminutive MP, Mark Francois, who will be provided with a box to stand on so that he can see over the table.

Red, white, and blue jelly and bulldog-shaped cupcakes will be provided on the night with all proceeds going to Mr Farage’s favourite charity, Fascists In Need.

It is understood that due to the great age of some of the revellers, incontinence pads and Phylosan injections will be available if required.

A large section of those in attendance are expected to consist of people from the north of England, so whippet-watering stations and cloth cap pegs will be laid on to accommodate this contingent.

The evening will end at midnight with a rousing rendition of Hearts Of Oak and Jerusalem, with flashcards displaying the words being held up by helpers for the small number who are able to read.

Kate Humble to present Abattoir Live! (And Then Dead.)|Humor