Tehran: Iran’s foreign minister will embark on a diplomatic tour to try to salvage the nuclear deal amid high tensions… 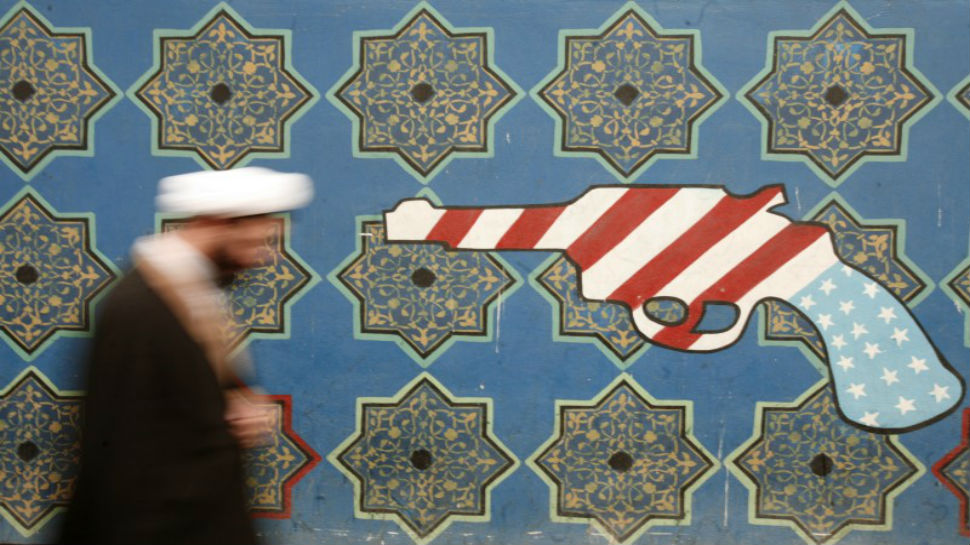 Tehran: Iran’s foreign minister will embark on a diplomatic tour to try to salvage the nuclear deal amid high tensions following the US withdrawal and global fears over reports of unprecedented clashes with Israel in Syria.

Foreign Minister Mohammad Javad Zarif will leave late on Saturday for visits to Beijing, Moscow and Brussels, a spokesman said on Friday, holding meetings with all five of the remaining parties to the 2015 nuclear deal.

Iran appeared determined not to be drawn into a wider regional conflict with Israel during the sensitive negotiations.

That is despite Israel’s claims that it struck dozens of Iranian targets inside Syria early on Thursday as part of “Operation House of Cards”.

Israel said the strikes were in response to a missile volley fired from southern Syria by Iran’s Al-Quds force, that struck the occupied Golan Heights without causing casualties.

But Iran flatly denied the Israeli version of events today, saying Israel’s attacks were carried out on false “pretexts”.

“The repeated attacks by the Zionist regime on Syrian territory were carried out under pretexts that were invented by themselves and are without foundation,” said foreign ministry spokesman Bahram Ghasemi, without offering further details.

Iran must tread a delicate line as it seeks to show resolve against Trump and the Israeli strikes without alienating the European partners it needs to salvage something from the nuclear deal.

Zarif will hold high-pressure talks with the other parties to the deal, first in Beijing and Moscow, and then with his counterparts from Britain, France and Germany in Brussels on Tuesday.

All five have condemned Trump’s move to walk out of the deal and reimpose crippling sanctions, but European companies in particular will be highly vulnerable to economic pressure from Washington.

France still hopes for a wider settlement that will cover Iran’s activities across the Middle East, and warned Tehran on Thursday “against any temptation for regional dominance”.

President Hassan Rouhani told German Chancellor Angela Merkel in a telephone call late Thursday that he did not want “new tensions” in the Middle East.

Southern Syria was quiet but tense early today, with monitors saying that Syrian, Iranian and allied Lebanese forces from Hezbollah were still on high alert.

The Israeli raids had prompted concern that Iran could activate its powerful ally Hezbollah to retaliate from its positions in southern Lebanon, opening up a deadly new front in the conflict.

It remained unclear exactly what had happened between Syria and Israel in the early hours of Thursday.

Iranian analysts said Israel had struck first, and that any retaliation was the work of the Syrian military, not Iran.

“The Israelis want to make this into an Iran-Israel thing, but it isn’t. Whatever happens in Syria happens under the command of the Syrians,” said analyst Mohammad Marandi, who was part of Iran’s negotiation team leading up to the nuclear deal.

Analysts say Israel feels it has a green light from Washington to move more aggressively against Iran’s presence in Syria, particularly after Trump’s withdrawal from the nuclear deal.

Iran has said it will stay in the deal only if the remaining members – Britain, France, Germany, China and Russia – can provide solid guarantees that its trade benefits will continue in spite of renewed US sanctions.

Russia – which is alone in having close relations with both Iran and Israel — has sought to position itself as a mediator to prevent all-out war.

Its foreign minister Sergei Lavrov said “all issues should be solved through dialogue” and that it had warned Israel to avoid “all actions that could be seen as provocative”.

However, one analyst at London’s Chatham House, Yossi Mekelberg, told AFP the strikes on Iranian targets “were likely undertaken with tacit Russian approval”.

“Russia is not happy with Iran gaining too much power, too much influence there,” he said.

Israel’s Haaretz newspaper reported that intelligence officials briefed ministers on Thursday and told them another clash with Iran in Syria was unlikely after the intensity of the strikes the night before.

But the paper also warned in an editorial: “It would be better not to get caught up now in the self-assured arrogant spiral evident in the reactions in some television studios, at the Knesset and on social media… Tehran could nevertheless roll out its heavier weapon, Hezbollah, in which case the conflict could take on an entirely different scope.”