Nigel Farage has given a brutal assessment of the British monarchy, branding Prince Harry and wife Meghan’s two child climate… 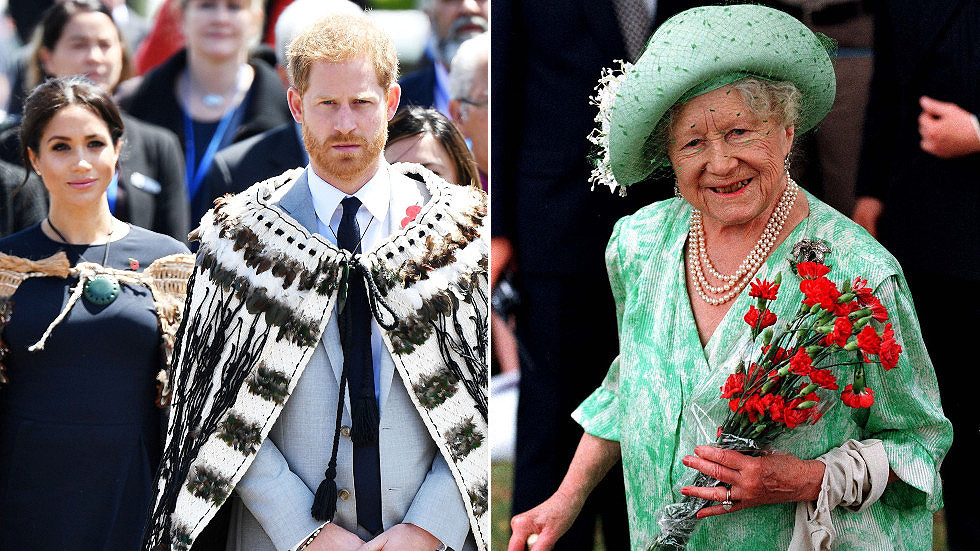 Nigel Farage has given a brutal assessment of the British monarchy, branding Prince Harry and wife Meghan’s two child climate change policy as “irrelevant” and the late Queen Mother as an “overweight, chain-smoking gin drinker.”

The Brexit Party leader delivered the incendiary remarks in a speech at Sydney’s Conservative Political Action Conference in Australia on Saturday – an event in which the media was barred from, the Guardian reports.

Also on rt.com ‘It was genius’: Farage says Trump’s ‘go back’ tweet played out to his advantage

Farage, who was allegedly introduced bizarrely as “quite possibly” the UK’s next prime minister, is said to have spoken on a number of issues from Brexit to media bias. However, he reserved his harshest words for the British royals: the Duke and Duchess of Sussex Harry and Meghan, Prince Charles and the Queen Mother, who died in 2002.

Farage insisted the thought of Harry ever becoming king was “terrifying.” He mocked the young prince for the journey he’s taken from “brave, boisterous, all male … British officer who did his bit in Afghanistan” to climate change enthusiast since marrying American actress Meghan Markle.

…he met Meghan Markle, and it’s fallen off a cliff. We’ve been told in the last week that Meghan and Harry will only have two children … whether Prince Harry has two kids is irrelevant given there are now 2.6 billion Chinese and Indians on this Earth.

The hardline Brexiteer is alleged to have told the right-wing audience members that the couple’s apparent decision to have no more than two children to do their bit for the planet was “irrelevant given there are now 2.6 billion Chinese and Indians on this Earth.”

Also on rt.com British neo-Nazis jailed after calling for ‘race traitor’ Prince Harry to be shot

Farage wasn’t too complimentary of the Prince of Wales – next in line to the throne – and his promotion of the environment, revealing that he hoped the Queen would live a “very very long time.”

In what may have been intended as a back-handed compliment, Farage highlighted that living long was all too common when it came to the recent British monarchy. In highly unflattering remarks he described the late Queen Mother as “a slightly overweight, chain-smoking gin drinker.”

Farage has been critical of the royals in the past and in particular Prince Charles. Eleven years ago he was the only MEP not too applaud his speech on climate change, claiming at the time that the prince’s advisers were “naive and foolish at best.”