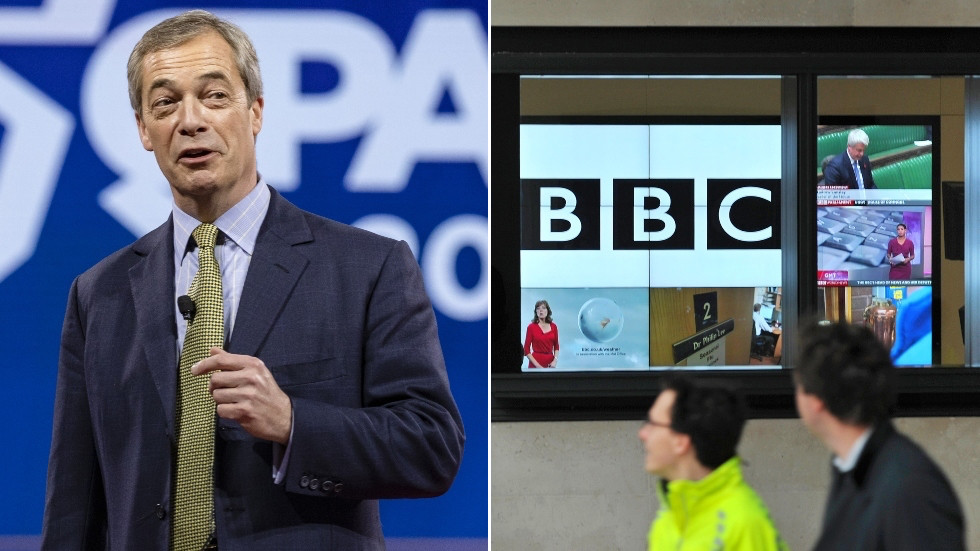 The BBC has become embroiled in yet another controversy following its decision to interview Brexit Party Leader Nigel Farage on the Covid-19 outbreak, a choice which has been both hammered and defended by Twitter users.

BBC Newsnight interviewed an array of guests on Monday night, from a former UK government health secretary to medical experts in infectious diseases, over whether PM Boris Johnson’s administration should be doing more to tackle the spread of coronavirus.

They then called on Farage for his views on the issue, with the ardent Brexiteer claiming Johnson’s response to the outbreak was “bordering on negligent.”

The BBC’s decision to include Farage in the coronavirus debate sparked anger online, perfectly crystalized by Paul Bernal – associate professor at the University of East Anglia – who took a swipe at the broadcaster’s tacit plea to be saved as a public institution after its recent troubles.

The BBC: ‘save us, save us, you’ll miss us when we’re gone’. Also the BBC: ‘I know, let’s put Nigel Farage on Newsnight to talk about the Corona Virus.’

Some posted gifs suggesting the BBC had scored an own goal in its quest for survival, while others tweeted messages such as: “Gross. They’re obsessed with him.”

Many critics laid into the public broadcaster for giving a platform to a divisive figure with no medical expertise. One person sarcastically asked: “Would that be the internationally renowned and respected infectious disease expert Nigel Farage?”

There were those who slammed the social media outrage over Farage’s appearance, however, with some suggesting people were guilty of operating in an echo chamber – hitting back at those who suggested the Brexit Party leader’s opinions had no value due to his lack of expertise on the matter.

Asked whether Farage was a doctor or scientist, one person fired back: “Is Greta [Thunberg]? Yet everyone bows down to her opinion and she’s on stages with world leaders.”

It’s the latest in a long line of recent rows the BBC has become embroiled in. In February they were at the center of a new race controversy after confusing Labour MP Marsha de Cordova with another black MP, Dawn Butler, during political coverage.

The embarrassing blunder came soon after the BBC was forced to apologize for a ‘human error’ which saw the broadcaster mixing up footage of Kobe Bryant with LeBron James during a report on the helicopter crash which killed the US basketball legend.

In November, the BBC caused consternation after using dated footage of PM Boris Johnson laying a poppy wreath during the Remembrance Sunday ceremony. It prompted many on social media to claim that the BBC was peddling “fake news,” accusing the broadcaster of “bias” and “propaganda.”

Coronavirus: Fauci to warn Senate of ‘needless suffering and death’

‘We might get thrown out of NATO’: Twitter baffled & divided over UK govt idea to send warships against EU fishermen