Spread the love If the State of Oklahoma has its way, a new cannabis breathalyzer will be put into place… 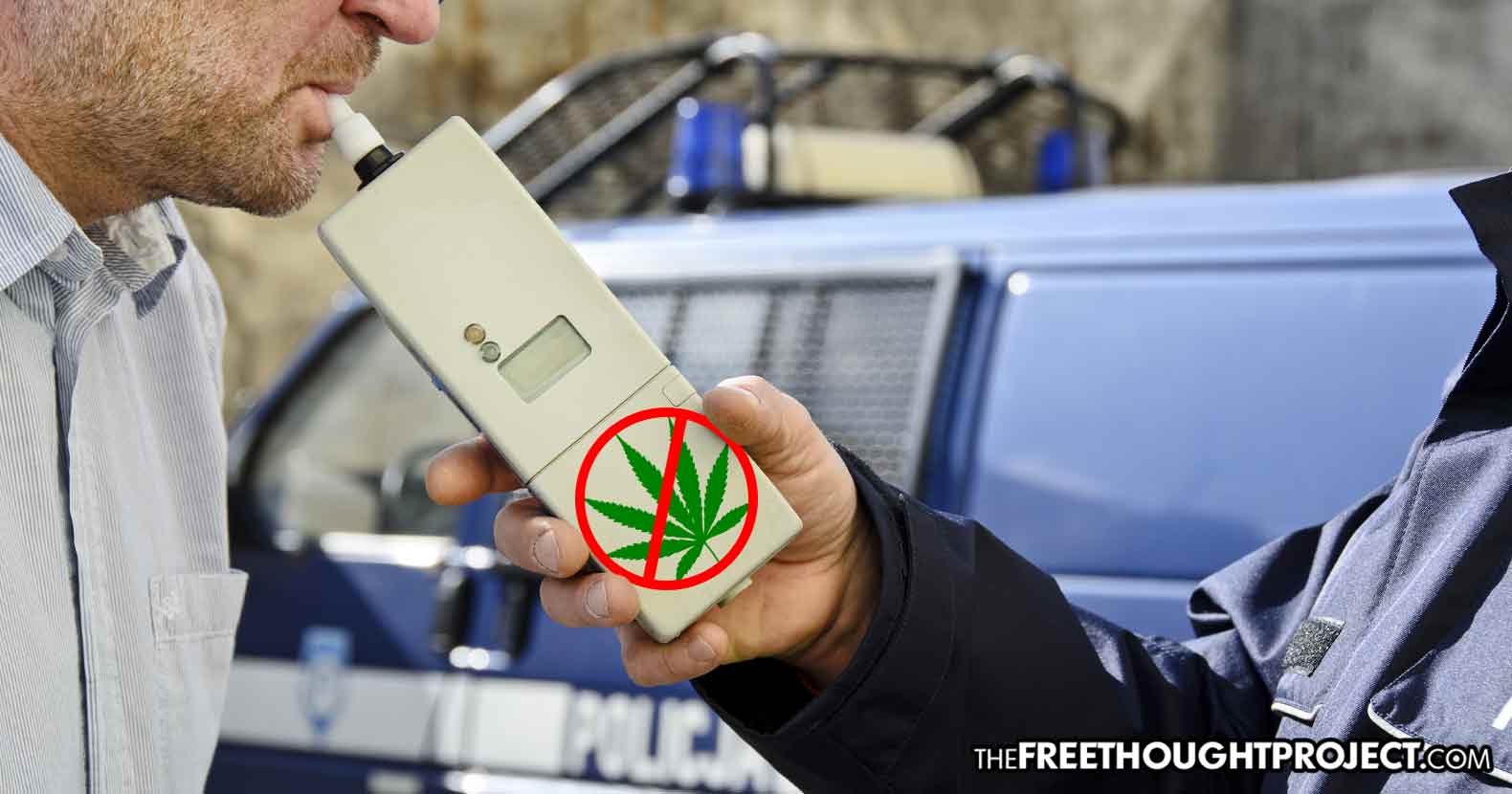 If the State of Oklahoma has its way, a new cannabis breathalyzer will be put into place to supposedly protect drivers on the road from impaired motorists under the influence of THC, the psychoactive ingredient in cannabis.

Although the state is calling the new breathalyzer a pilot program, undoubtedly the DUI citations issued as a result of the new test will most certainly be real, and not an experiment like the tool itself.

We have a lot of problems when it comes to medical marijuana and DUI laws and determining impairment.

As a result, a person who has just started smoking weed may be much more impaired than the heavy user who will have a much higher blood to THC content level than the new user. That’s what make such breathalyzers so unreliable. Not only can the test not determine impairment, it also cannot determine how much time has passed since someone chose to ingest a bit of the healing herb.

Joshua Smith, the director for the Board of Tests for Alcohol and Drug Influence describes the reality for law enforcement in their attempts to enforce DUI laws:

Right now, we don’t really have a lot of roadside testing options for drug screening…Most of those things are going to fall into a blood test or drug recognition expert doing an evaluation and giving an opinion…Field sobriety tests can reliably detect drug impairment

As The Free Thought Project has reported, Smith’s suggestion a Drug Recognition Expert’s (DRE) professional opinion has been called into question — multiple times. As we previously reported, one DRE in Arizona violently and with injuries arrested an autistic citizen thinking he was under the influence of drugs because he was stemming. Likewise, as TFTP has concluded, DRE’s are no experts at all.

Scientists spend years upon years in a classroom earning degrees in the hopes of being called an expert someday while any beat cop with a high school education and a summer training institute can supposedly be given the title of “expert” by following a checklist and going on a hunch to determine if someone is under the influence of drugs. Not only have stone cold sober citizens been charged with DUI based on their so-called expert evaluation but they’ve had their lives destroyed as a result.

It’s kind of a trial program to make sure the system works.

We at the TFTP would like to know if the DUIs which result from the new breathalyzers will also be a “trial” to see if they’ll hold up under the scrutiny of defense attorneys. We doubt they will. The science simply does not have a leg to stand on.

Sarah Stewart from the OK Depart of Public Safety (DPS) said it will take some time and DPS is in no hurry to implement the new tool. She said she wants to look at other states and see how they’re doing it.

We have to research this and put together a program.

In the meanwhile folks, the DREs are out there going through their checklists. Cops are still forcing motorists to submit to field drug kit testing, even though they’re notoriously unreliable and unscientific. And motorists are having their blood drawn against their will in vampire like fashion. The best advice we could ever give to our readers is to simply not answer any questions.

t is certainly never a good idea to drive while impaired. But comparing driving after smoking weed with driving while under the influence of alcohol is most assuredly apples to oranges. Rest assured that the amount of THC in a person’s system to denote a crime will be highly debated over the next few years.

Despite having no set limit on the amount of THC to constitute impairment, police have already been conducting similar stops but with mouth swabs. As TFTP reported last year, the Massachusetts State Police are testing a saliva swab to detect if people are driving under the influence of cannabis. State police have recently tested roughly 170 people at sobriety checkpoints and drug treatment clinics with these swabs, but even they doubt that the tests will hold up in court.

Boston is not alone either—there have also been similar programs announced in Colorado, California, Kansas, and Michigan.

What’s more, as TFTP previously reported, legal weed appears to be making drivers safer. According to a recent report from the Nevada Department of Public Safety, deaths from traffic accidents in Nevada have dropped by over 10 percent in the first year that marijuana was legalized in the state for recreational use.

Similar numbers have been seen in other states that have implemented legalization. A study published by the American Public Health Association found that states with legal medical cannabis have lower rates of traffic fatalities than states with full prohibition.

Although correlation does not automatically mean causation, it does seem that legalization is actually making the roads safer, debunking many of the claims that DUI would increase. Critics of marijuana typically cite statistics of how often people test positive for marijuana after car crashes. However, what these assessments usually leave out is the fact that these people often have numerous other drugs in their system, usually alcohol or opiates, which both have a much greater impact on motor skills.

Private Property: The Bedrock of Civilization