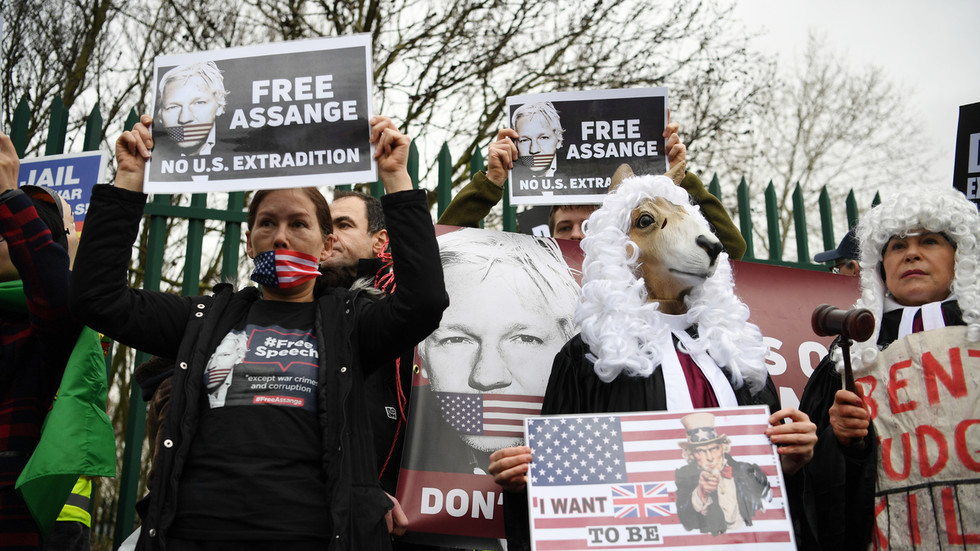 WikiLeaks founder Julian Assange has been denied bail by a London court after his lawyers argued that the Covid-19 pandemic posed a serious threat to his health in light of his pre-existing conditions.

Judge Vanessa Baraitser ruled that the global pandemic “does not provide grounds” for Assange’s release.

The judge also cited Assange’s “past conduct” which she said “shows the lengths he is prepared to go to avoid extradition proceedings,” according to the AAP’s reporter in court.

With her comment on Assange’s “past conduct,” Baraitser was likely referring to the whistleblower’s decision in 2012 to seek asylum inside the Ecuadorian embassy in London. Assange entered the embassy in an effort to avoid extradition to Sweden over alleged sexual assaults – which have since been dropped – and to the US, where his lawyers say he would face an unfair and politically-motivated trial for exposing US war crimes.

Lawyers for the US government had argued that Assange was a flight risk, though with most of the world on some form or other of lockdown due to the Covid-19 pandemic, it’s unclear where Baraitser thinks Assange would have been able to flee to.

His defense team argued he was not a flight risk, but is in high danger of the virus, due to his health conditions.

Also on rt.com ‘Doctors for Assange’ worry he may die in UK prison having ‘effectively been tortured to death’

Assange is wanted in the US on 18 criminal counts of conspiring to hack government computers and breaking espionage laws. He has been held at London’s top security Belmarsh prison since April when he was dragged from the Ecuadorian embassy by British police. His extradition hearings are scheduled to continue in May.