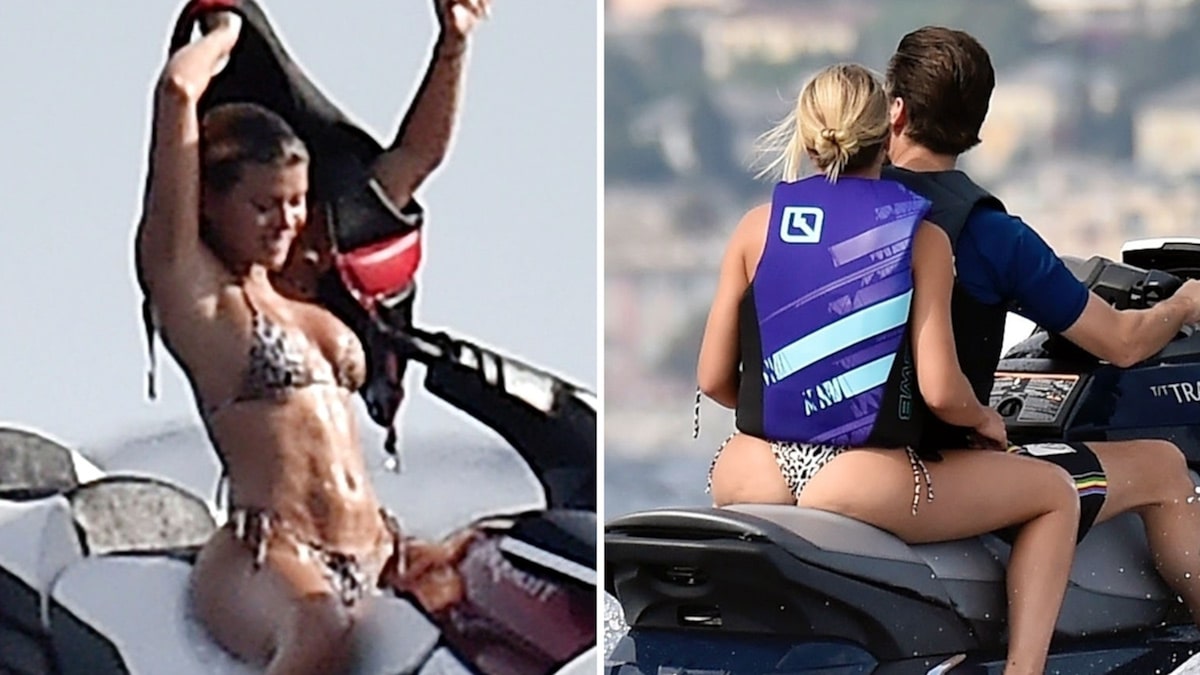 Kylie Jenner‘s birthday is the gift that keeps on giving for the whole damn fam — including Scott Disick and Sofia Richie, who are turning this vacay into a hot and wet date.

Scott and Sofia were seen tearing through the water Tuesday off the coast of Portofino aboard one of the jet skis that appears to come with Kylie’s $ 250 million yacht rental. You can see the machine’s labeled with ‘Tranquility’ … same name as the vessel.

For round one, Scott handled the driver’s seat while Sofia held on tight from behind. Speaking of behind, hers was on full display. Yes, Lord Disick is a lucky guy.

After they rode around for a bit, Sofia took the wheel herself, cruising solo for a bit … and then giving a ride to one of her and Kylie’s gal pals. Whether it’s driver or passenger, Sofia clearly knows how to handle herself on the high seas.

Kylie was busy on the deck with Stormi doing a photo shoot for her IG. Travis was definitely down for some fun, though, ripping down a water slide into the Mediterranean. He had himself a reverse belly flop on the water, and it looked painful. Ouch!!!

Yeah, this trip looks like it was worth it and then some.