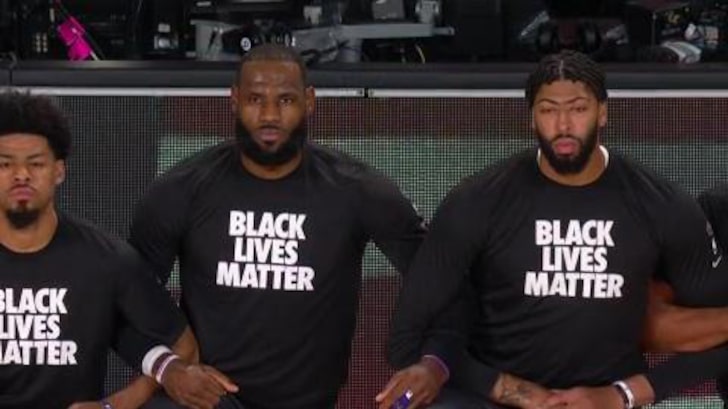 6:20 PM PT — LeBron James and all his Lakers teammates participated in the kneeling demonstration during the anthem before they tipped off against the L.A. Clippers.

The Clippers also took a knee … along with all of the coaches, staffers and referees working the game.

4:44 PM PT — NBA commish Adam Silver is addressing both teams’ decision to kneel before the game, saying they will not face punishment for the gesture.

“I respect our teams’ unified act of peaceful protest for social justice and under these unique circumstances will not enforce our long-standing rule requiring standing during the playing of our national anthem.” 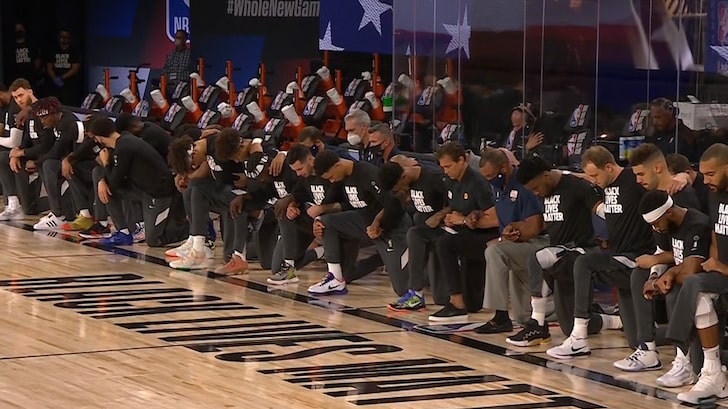 Powerful moment from the NBA restart — where every single player on both the New Orleans Pelicans and Utah Jazz took a knee in solidarity during the national anthem.

It was quite a statement Thursday evening in the first official game of the NBA restart — which tipped off in the bubble environment at Walt Disney World in Orlando.

Seems every coach and referee in the building also took a knee alongside stars like Rudy Gobert, Lonzo Ball, Zion Williamson and Donovan Mitchell.

All of the players were wearing “Black Lives Matter” shirts — and were standing behind the BLM art at center court. 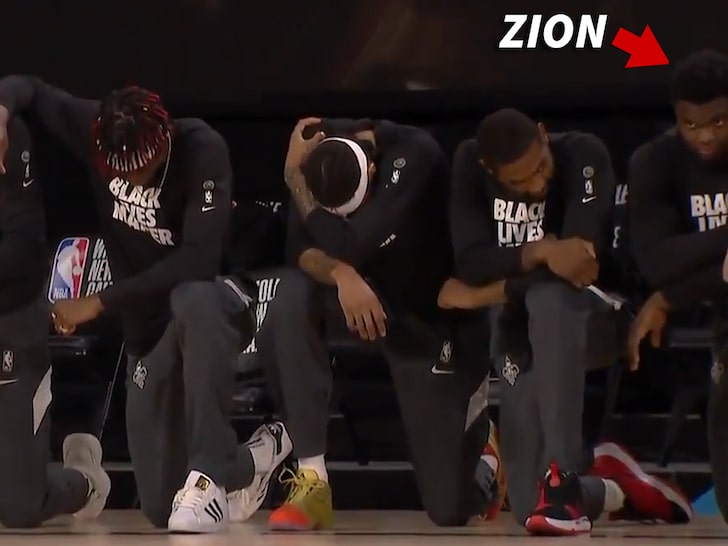 The players were arm in arm during the anthem — some players raised their fists.

After the anthem, Shaquille O’Neal praised everyone involved — saying the kneeling was “beautifully done in unity — nice to see.”

He added, “We have to continue to fight, continue the movement … now we have to go vote.”

Charles Barkley also weighed in … saying, “If people don’t kneel, they’re not a bad person. I want to make that clear.”

Barkley added that if a person chooses not to kneel, “they should not be vilified.”

Of course, the kneeling movement was started by Colin Kaepernick who says the point of the demonstration is to put a spotlight on police brutality and social injustice.

The NBA allowed players to replace their names on the back of their jerseys with social justice messages.

Some of the squad’s messages to be worn on the back of their jerseys ⤵️ pic.twitter.com/ZCbdz7PGrE